Don’t forget to do some last minute Medicare shopping 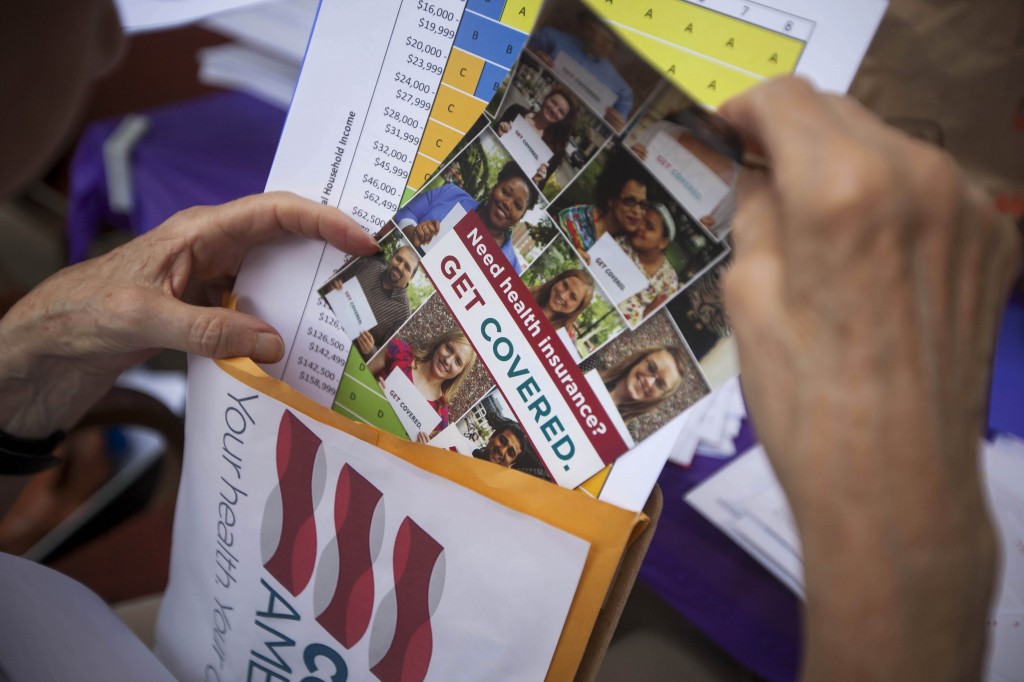 Editor’s Note: Journalist Philip Moeller, who writes widely on aging and retirement, is here to provide the answers you need in “Ask Phil.” Phil is the author of the new book, “Get What’s Yours for Medicare,” and co-author of “Get What’s Yours: The Revised Secrets to Maxing Out Your Social Security.” Send your questions to Phil.

Phil Moeller: Howard’s question stems from changes to the two most popular Medigap plans — the letter C and F plans — that were approved last year by Congress as part of MACRA, short for the Medicare Access and CHIP Reauthorization Act of 2015.

These are the only two plans that provide what’s called first-dollar coverage of the annual deductible for Medicare Part B coverage, which covers expenses for doctors, outpatient services and durable medical equipment. This deductible is $166 this year and will rise to $183 in 2017. Before Medicare’s Part B insurance coverage, people must first pay the deductible. C and F plans pay Part B deductibles, but Congress decided to end this coverage for plans sold to new customers beginning in 2020. People who now have these plans or buy them before 2020 can keep this coverage if they renew them. But if they drop the plans and later want to buy them again, they will not have first-dollar coverage for the Part B deductible.

The high-deductible letter F plan carries a $2,180 deductible before the plan begins paying covered expenses. In most cases, people would pay their Part B deductible as part of this amount, so perhaps that’s why Howard heard that this plan would still be sold to newly eligible beneficiaries after 2019.

However, they will not be permitted, according to a spokeswoman for UnitedHealthcare, a big seller of Medigap plans, including AARP plans. The reason is that it’s possible the entire deductible for what are called HDF plans might be met through Part A covered hospital expenses. If that were the case, the plan would end up paying the Part B deductible. Because this will be against the law, the high-deductible F plans will not be sold to new beneficiaries after 2019. Here’s a helpful chart of what the Medigap landscape will look like in 2020.

Howard’s question about what will happen to Plan C and F premiums after 2020 is harder to answer. If you have one of these plans now and plan to renew it in 2020 and beyond, don’t be surprised if premiums rise more than normal. This would be a logical consequence if the pool of people buying the plans will no longer include new enrollees, who will be younger and probably healthier than the older folks who already have the plans. If this is the case, insurers would need to raise premiums to reflect the higher per-capita health expenses of those people still on the plans.

Letter G plans cover everything that F plans do, including any Part B excess charges from doctors who do not accept Medicare’s payment rates (C plans do not cover these excess charges). The G plans are positioned to benefit from the MACRA changes. And while first-dollar coverage is a nice benefit, anyone who can afford the generally higher premiums of C and F plans should be able to handle their own Part B deductible payments. Also, there is a high-deductible G plan (HDF in Medigap lingo), and it will continue to be offered to new enrollees after 2019.

Jeff – Ky.: I just bought and read your book. Excellent. I joined Medicare at age 65 in 2016. I am re-examining my stand-alone Part D plan using your guidelines. My question concerns my Medigap policy. I live in Louisville, but want possible access to, say, a Cleveland clinic. I am with Omaha Insurance and have Plan G.  I have been satisfied with them, although I did get a premium increase last summer to $118.06 a month. What are your thoughts on that company? Should I stay put or actively look at other Medigap companies, and if so, when I should do this?

Phil Moeller: I’m glad my suggestions about shopping for Part D drug plans have been helpful.   As far as Medigap is concerned, coverage cannot vary among the same Medigap letter plan. So all Plan G’s must have identical coverage. Premiums can and do vary, so it’s always a good idea to at least window shop during Medicare’s annual open enrollment period, which began Oct. 15 and ends next week until Dec. 7.

You can use Medicare’s Medigap Plan Finder online tool to see if there are better Plan G premiums in Louisville. The quality of customer service where you live also may vary among insurers. Medigap policies are regulated by the states, and Kentucky has a Medigap guide as well as its own premium comparison tool for policies sold in Kentucky.

If you do decide to change your Medigap, either to a different insurer, a different letter plan (there are 10 besides Plan G) or both, you need to make sure you can find a new plan on favorable terms.   During the six months after enrolling in Medicare (getting Parts A and B), there is favored enrollment period for Medigap. Within this period, you have what are called “guaranteed issue rights.” This means insurers offering Medigap policies where you live must sell you a plan, must cover any pre-existing health conditions you may have and can’t charge you higher premiums because of your health. After this period ends, insurers may not have to do these things. You need to find out before ending your current Medigap plan.

If you do contemplate a change, you also need to understand how a new insurer would determine your premiums. There are three so-called “ratings” systems for Medigap plans — community-rated (also called “noagerated”), issueagerated (also called “entryagerated”) and attainedagerate. These ratings systems and how they can affect future premiums are explained on page 18 of Medicare’s annual guide to Medigap policies.

Susanne – N.C.: I just finished reading one of your articles and have one question (really a lot more, but one that should be easy to answer). It was recommended as a reference on Social Security, Medicare and health savings accounts (HSA). You quoted what Medicare had to say:

Does the highlighted portion mean as long as an individual does not collect on Social Security or Medicare — even though they may have registered at 65 — is still working and using the company insurance? Or do they need to roll back even if they have not used Medicare or Social Security?

Phil Moeller: The key point with HSAs is whether or not you have signed up for Part A of Medicare. Doing so makes it illegal to continue tax-free contributions to an HSA.   However, if you turn 65 and Medicare sends you a Part A membership card, this does NOT mean you have signed up. You are free to call Medicare and reject Part A.   So long as you or your spouse are still working and your employer has 20 or more employers, you do not need to sign up for Medicare and can continue using your employer group insurance. (There’s some fine print here. Your employer plan must be comparable to the coverage that Medicare would offer. Nearly all employer plans are.)

Susan: I was born at the end of 1950. I was married 10 years, got divorced and eventually remarried. I was married to my second husband (much younger than me and not yet eligible to collect his Social Security) also for 10 years, and I am now divorced and unmarried. Can I collect on my first husband’s Social Security? I plan to wait to collect mine until I am 70. May I collect, as you recommend in the book, on my first husband’s Social Security and continue to allow mine to accrue until I am 70? How exactly do I need to word it if it is possible? Thank you SO MUCH for your help!

Phil Moeller: Yes, you can, assuming your first ex-spouse is at least 62 years old. But you need to wait until you turn 66 at the end of this year. This is what’s known as your full employment age, and you can’t do what you suggest if you filed before this birthday. Your ability to do this is guaranteed to you by a provision of the new Social Security laws that grandfathered the right to file what’s called a restricted application (for just a spousal or ex-spousal benefit) for anyone who turned 62 on or before Jan. 2 of this year and who waits until their full retirement age to file this application.

Jerry Lutz is a retired Social Security claims representative who helps me understand how these things work. Here is his guidance about how you should file a restricted application:

Phil Moeller: In order to be held harmless in 2017, you need to begin having your Medicare Part B premiums paid out of your Social Security payments beginning no later than December of this year. To do this, you would need to sign up for Medicare in November, as there is a one-month lag between when you sign up and when your first premium is paid out of your Social Security.

Now, you do not need to wait until the end of the year to sign up for Medicare. You have been eligible since you turned 65, but like nearly everyone still on employer coverage, it didn’t make sense for you to have Medicare.

Because you’re already drawing Social Security, I think it would make sense for you to sign up for Medicare right away and thus qualify to be held harmless in 2017.

Having said this, there is no way of telling how much time will pass before Part B premiums are equalized. It depends on the size of future cost of living adjustments (COLAs). Right now, there is little sign of any serious boost in consumer prices. Should we remain in a low-inflation environment for several years, different Part B premiums will persist, unless Congress changes the laws.

Renee – Calif.: I am 57 and currently on Medicare and Social Security disability because of my rheumatoid arthritis. I get help making my payment through a county program in Sacramento. My boyfriend lives in Colorado and would like to marry and put me on his insurance. Would it affect my insurance? He works with more than 20 employees.

Phil Moeller: Unfortunately, Renee, even simple Medicare questions may not have simple answers. Most likely, you would have the choice to go on your new husband’s plan and drop your Medicare. I say “most likely,” because private employer plans are changing all the time. Perhaps his plan has some restriction that would prevent you from participating. I don’t think it should, but I am leery of making blanket pronouncements here.

Also, there could be reasons to take his plan and keep your Medicare. It might cost you more money but might provide better coverage, especially if you have steep rheumatoid arthritis-related medicine and other costs. I’m assuming you will be moving to Colorado, meaning that you would need to drop your Medicare plan in California. However, while your current Medicare plan is subsidized, you should check whether his income would make you ineligible for support in a comparable Medicare plan in Colorado.

These are things you should research before you change coverage.