Editor’s Note: We’ve been looking at inequality quite a bit lately. In the piece ‘Land of the Free, Home of the Poor,’ we used a trio of pie charts broken down into five quintiles to illustrate economic inequality on a country level. One chart represented the income distribution of a country; the other two, the wealth distribution of two other countries. Standing alongside a line for tickets to the Late Show With David Letterman, we asked folks which pie chart they thought represented inequality in the United States.

We also used the pie charts online, creating what turned out to be a very popular poll to test what our online audience thought each country represented. The pie charts will also make an appearance on Monday’s NewsHour.

The results were surprising. Also surprising were the large number of people writing in, emailing us, tweeting – all asking for a copy of the pie charts. Many said they’d like to use them in the classroom; others asked we make them available so they could show their friends.

You asked, we listened: below are the two sets of inequality pie charts, available for download as PDFs. The first keeps the true counties a secret; the second is an ‘answer key’ with each country labeled.

Click on the charts below to open as a PDF. You can then save them to your computer and print. Do you find these charts useful? If so, how did you use them? Please let us know in the comments. 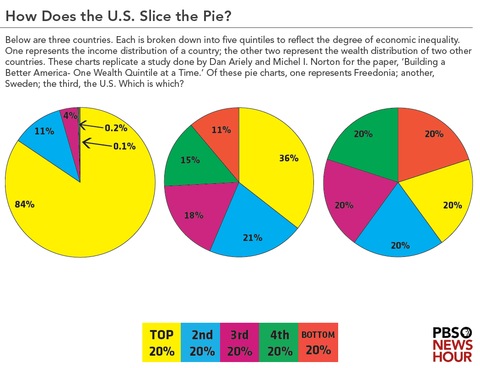 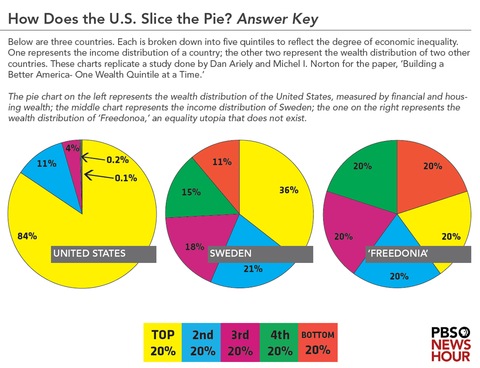