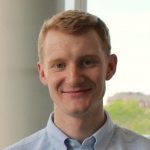 How Delta masters the game of overbooking flights

When Delta overbooks a flight, they let their passengers decide how much getting bumped is worth. I discovered this last week when I checked in online for my flight from Minneapolis to Philadelphia. What was the minimum I was willing to accept in travel vouchers to take a later flight — $500, $300, $200, less? After doing some rough mental calculations, I bid $300. High enough to cover most of a ticket to Mexico and low enough to be competitive without feeling exploited.

No deal. I boarded my flight on time and arrived in Philadelphia five minutes ahead of schedule.

Delta started this practice back in 2011, and it works like this: When passengers on overbooked flights check in online or at the check-in kiosk, they’re asked what the dollar value of the travel voucher they would accept as compensation for volunteering their seats. They give you a hint, too — “Delta accepts lower bids first.” By the time you reach the gate, the gate attendants already have a list of passengers to call up to confirm they’ll fly standby. If your bid is low enough, you’ll be on that list.

38.1 million people are projected to fly on U.S. airlines this holiday season. — Airlines for America

By having customers compete against one another to give up their seats, Delta ensures it can just about always lock in the lowest possible payout. How low can you go? The ground is the limit.

In a race to the bottom, one has to wonder if customers are shortchanging themselves. I asked Max Bazerman what he thought. He’s a professor at Harvard Business School who spends a lot of time thinking about negotiations and decision-making. What if passengers cooperated rather than competed? We could make a pact not to bid below, say, $300.

He told me what you might expect: You could pull it off with a handful of friends, but with over a hundred other fliers? Slim chance. And why not let passengers decide what their time is worth?

“If you think about this in terms of maximizing cumulative benefit in the world, you want to get the people off the plane who are most flexible and who will be inconvenienced the least,” Bazerman said. “People’s time has different value, and that’s actually what I like about the system.”

This is sort of how it works at other airlines, too, except at other airlines, customers have the benefit of knowing how much demand there is. That is, when a United Airlines gate attendant comes on the loudspeaker pleading for a certain number of volunteers to fly standby, it’s easy to tell by looking around whether you should rush the counter or hold off for a sweeter deal.

For a father headed to his daughter’s wedding, there probably aren’t enough Delta vouchers in the world to make him miss his flight. For a college student headed home for the summer, the cost of milling around the newsstand for a couple hours is negligible. Delta’s invisible auction doesn’t let the college student bet on a higher payout based on other passengers’ unwillingness to volunteer their seats.

Now, if no one bids or something comes up forcing the airline to switch to a smaller plane, Delta might have to make a last-minute request. Usually, though, they make a deal ahead of time.

For the past several years, Delta has largely outperformed its major competitors, United and American, in bumping far fewer passengers involuntarily while routinely getting more passengers to voluntarily fly standby. In 2014, about 96 of every 100,000 Delta fliers had to take a later flight because the plane was overbooked. This compared to 95 at United and 50 at American. But only three of every 100,000 Delta passengers were bumped involuntarily. United had to bump 11 and American, five. Multiplied out, Delta was able to get thousands more of its passengers to agree to stay behind and bumped thousands fewer passengers involuntarily.

Can you win this game? Behavioral economics says no

Why does this matter? Well not only is this better for the company’s reputation and customer satisfaction, but this practice avoids hefty fees. When an airline involuntarily bumps passengers, the Department of Transportation requires airlines pay as much as four times the cost of their one-way fare, much more than what airlines can usually get customers to agree to voluntarily. Furthermore, ticket vouchers cost the company far less than actual dollars.

This may not seem like much, but spread over the tens of thousands of fliers who get bumped a year, the cost of overbooking flights could reach into the tens of millions. A system like Delta’s, which seems to nudge fliers to fly standby for the cheapest price seems ingenious.

And this bidding practice does save Delta a lot of money, but not principally in the way you might expect.

Anthony Black, a spokesperson for Delta, told me whatever the airline is saving on the cost of travel vouchers (he couldn’t actually tell me) is insignificant compared to what they’re saving in time.

By ranking fliers willing to give up their seats even before they get to the gate, Delta eliminates the last-minute negotiations that distract gate attendants and delay flights, which inconvenience everyone onboard.

“When you consider all the things that are going on at the gate, anything you can do to reduce the need to engage an agent when they’re trying to dispatch the flight goes a long way in making sure they can get the aircraft out on time,” Black said.

More on-time flights means fewer dollars spent on fuel, tickets for passengers who miss connections, wages for employees who have to work overtime — the list goes on. So important is punctuality to the bottom line that Delta began testing a program where they load passengers’ carry-on baggage before they even board the plane to get rid of the awkward and all too familiar shuffle onboard as passengers wrestle their bags into overhead bins.

Delta has been at the forefront of using big data and technology to improve its operations, not just its prices, explained Samuel Engel and Austin Horowitz, experts on airline economics and consultants at ICF International. (This shift, they added, started around the time Delta merged with Northwest.)

“They have started to reinvent operational processes step by step, using technology to their advantage,” Engel said. “So it doesn’t surprise me at all that they would say their principal focus is on departure management.”

OK, so by using the bidding system, Delta involuntarily bumps fewer people, saves time and saves money. It sounds too good to be true, so I had to ask: Could Delta use this system to overbook its flights more in order to generate a greater profit?

The busiest travel days are expected to be Sunday, Jan.3; Friday, Dec. 18; and Sunday, Dec. 27 respectively. — Airlines for America

No, said spokesperson Anthony Black, Delta doesn’t use the auction to overbook their flights more — the algorithms used to determine how much to overbook flights are based on historical data.

However, airlines are always looking to improve their algorithms, so it’s possible that it could happen in the future, said Engel and Horowitz. But right now, predicting how many passengers they can bump voluntarily is marginal compared to other factors they use to determine how many tickets to sell. The Recession and declining demand, for example, would have completely overshadowed any improvements their bidding system could have made to the algorithm.

There’s also a limit to how much a flight can be overbooked. There are more flights flying close to full capacity than not, and voluntarily bumped passengers still have to get on a later flight. Airlines just don’t have a lot of wiggle room.

“It’s too much at the margin,” Horowitz told me. “You can’t have more than 100 percent load factor. You can’t strap people to the wings.”

So how do you win Delta’s bidding war?

The trick is not to undercut yourself. You need to figure out how much your time is worth (there’s an app for that). Then set your bid just above that — no one wants to get delayed just to break even. If you bid below what your time is worth and win, you’re losing out. Conversely, if you bid too much higher and lose, you’ve left a perfectly good voucher on the table.

The only way to win is barely.

Left: How one airline is changing the game when it comes to overbooked flights. Photo by Jeff Haynes/Reuters

Max Nesterak is an editor and co-founder of the psychology magazine The Psych Report. He is now with NPR's Hidden Brain. Max was a Fulbright Scholar from 2013 to 2014 in Berlin, Germany and more recently worked with Angela Duckworth on her forthcoming book "Grit: The Power of Passion and Perseverance."