How Much Does Uncle Sam Spend on Foreign Aid? 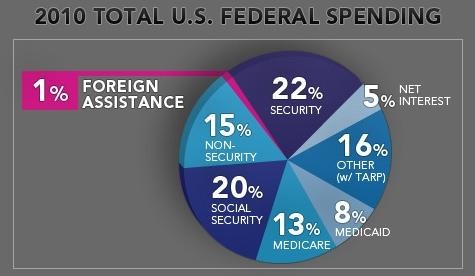 Paul Solman Thanks for the question, John. Recently, an educated friend brought up this same shibboleth. In fact, foreign aid represents, by the most generous estimate, about 1 percent of the U.S. budget. And by the way, much of it is defense spending: it’s simply for the direct defense of countries other than the United States. For example, we give more than $1 billion a year in “foreign aid” to the Egyptian military.

By contrast, official U.S. defense spending amounts to nearly 20 percent of the U.S. budget. Reducing foreign aid even to the vanishing point, in other words, wouldn’t go very far in reducing military spending.