Keynes or Say? How Do I Vote? 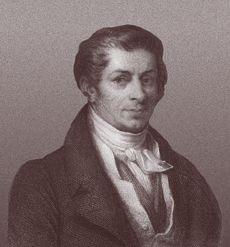 Question: Hi, Paul. Just read your post on Keynes vs. Say’s Law. Thanks for making it easier to understand. I often think that many folks read something that makes sense to them and decide that since it makes sense and fits their world view, it must be correct. My Q: Since both theories have a century or two of historical testing, which is supported by evidence that we can use to know which theory to believe? Stated differently, can you get us past debate and onto evidence-based belief?

Paul Solman: When an economic debate is politically charged, as this one is, I leave conclusions to the reader. I feel comfortable in observing that, in the long run, the “law” propounded by Jean Baptiste Say holds – pretty much by definition. People can overproduce in some proximate time frame, but eventually they will start producing things (or providing services) that people want and the gluts of the past will disappear; supply will again create its own demand. But to paraphrase John Maynard Keynes’ memorable insight, penned a decade before the Great Depression: in the long run, we’re toast.

“I don’t think [Keynes] believed that economies would remain depressed forever. He thought they would recover, but that they wouldn’t recover fully to a full employment position once they had been severely shocked without a continuous stimulus for a long period.”

Wouldn’t recover fully enough soon enough, that is. As Skidelsky went on to say, Keynes didn’t think you can simply shrug and take the position that “In the long run things are going to be alright, let’s say in 10 or 15 or 20 years, therefore let’s have a lot of pain in the short run because it doesn’t matter, it all smoothes out in the end.”

The problem comes in the interim, said Skidelsky; short-term, “the pain may be too politically risky. [Keynes] was afraid of inflicting too much pain on a population in a democratic society.” And afraid of the alternative economic system springing up around him in the 1930’s — in fascist Italy and Germany and in communist Russia.

It’s a stochastic universe. The best we can do is try to make the odds. If you think the political risk of waiting for Say’s Law to kick in is too high, you should buy Keynes, and the pain insurance his theory prescribes. If you don’t worry about democracy, you might want to wait for M. Say.

As usual, look for a second post early this afternoon. But please don’t blame us if events or technology make that impossible

In the meantime, please note that this entry is cross-posted on the Rundown– NewsHour’s blog of news and insight.