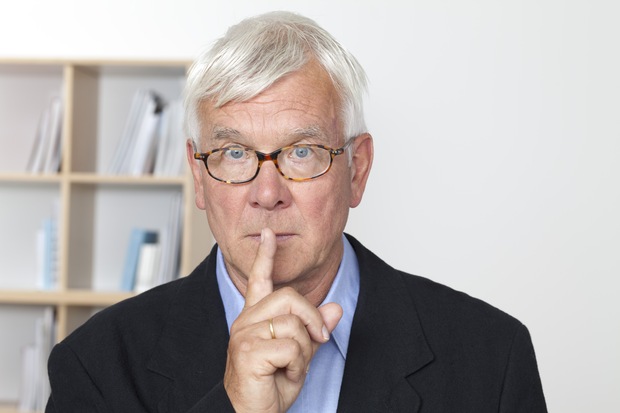 Is age discrimination a hushed secret or a blatant action by employers filling vacant jobs? Nick Corcodilos explains why the practice continues despite some companies’ worries that they are losing out on the institutional knowledge and experience that older workers can bring to the table. Photo from Getty Images.

Paul Solman answers questions from the NewsHour audience on business and economic news here on his Making Sense page.

We have millions out of work and they are being denied jobs not because of the skill set but because the younger hiring managers won’t hire them or pay them.

I had changed careers by 36 and by 38 I was facing agism. What is being done about that? The Equal Employment Opportunity Commission (EEOC) isn’t really reaching people with public service announcement about age discrimination either.

Paul Solman: A blatant question about blatant age discrimination deserves a blatant response. Our job expert, Nick “Ask the Headhunter” Corcodilos gave one in an interview for an upcoming story that will run on PBS NewsHour Friday.

Here is the transcript from our discussion.

Paul Solman: How big a problem is age discrimination or are people just using it as an excuse for the fact that they’re older and can’t get jobs because their skill are obsolete?

Nick Corcodilos: There is age discrimination, but I think there are two kinds. One is when the employer is discriminating for specific reasons and doing it intentionally. For example, I had one human resources (HR) executive explain to me, “Well, older workers just have a shorter shelf life; they’re probably not going be on the job as long as a younger one, so we really try to be careful about who we’re hiring.” It’s always with sort of a wink and a nod.

The other is where you have managers who really aren’t looking to discriminate but feel a little on edge because the candidate they’re talking to is older. Sometimes they can even smell age concern on the part of the candidate and they wind up discriminating almost unconsciously.

Paul Solman: It’s obvious that age discrimination hurts older workers. But you have argued that it hurts employers even more.

Nick Corcodilos: I think that the big age problem in the job market today is really on the part of employers and that they don’t seem to be calculating the cost of age discrimination to them when they practice it. You’ll get companies who on the one hand tell us that they’re losing this great institutional knowledge and they worry about baby boomers growing older and retiring and taking all this expertise away. But on the flip side, you see that the recruiting and hiring methods as we’ve discussed before just make absolutely no sense in that regard.

Nick is talking about our story on the futility of Internet job search, which we chronicled last year.

Nick Corcodilos cont.: The point is, whether they’re doing it tacitly or implicitly, employers are discriminating against older workers and then they are actually complaining about the fact that the folks who are working today are growing older, that baby boomers are starting to retire, that they’re losing all this institutional knowledge and expertise.

So there’s just a huge disconnect and I think that stems from the fact that HR practices and good business practices just don’t walk hand in hand anymore, they’re very separate from one another.

Paul Solman: Why would this disjunction be occurring? How can you say, on the one hand, “we need institutional knowledge” and on the other hand be discriminating against older workers by pushing them out or not hiring other older workers with institutional or knowledge or experience? Is it just that they don’t think? Is it all subliminal and they don’t realize what they’re doing?

Nick Corcodilos: Well on a strategic level, employers really are behaving stupidly. Look at how they do recruiting: this automated process under which they will publish a job description chock full of so-called “key words”, and then have software algorithms that attempt to match applicants to the resumes against those key words.

So where in the key word collection do we capture institutional knowledge? No one advertises for that. Of course they don’t.

Paul Solman: But they can’t just be stupid can they? This must be a side effect of the technology. People who are looking to the bottom line and trying to maximize their profits, their efficiency, their efficacy, wouldn’t continue to behave stupidly if they knew they were.

Nick Corcodilos: I think stupidity in business is really an interesting thing. What winds up happening is a disconnect between your company’s strategic management and then your more applied on-the-street management.

I guarantee with you that the board of directors of most companies has no idea what the costs of hiring people really is in the HR department. An online job search seems cheaper. But what HR is doing is turning away valuable candidates. They’re experiencing false negatives. That means the right person applies for the job electronically but the algorithm kicks them out so they lose that individual.

Paul Solman: Are you suggesting that the whole push towards maximizing shareholder value of the past few decades is self-defeating for companies because it’s made them cut their HR budgets to a point that they just aren’t getting good people anymore?

Nick Corcodilos: No. I think what’s happening is companies are trying to maximize shareholder value and I think they realized that if they could hire more effectively, they would.

What I’m suggesting, though, is that human resources departments in most companies have become so detached — have become such a bureaucracy — that they have become clueless. They don’t realize that the processes they have put in place have very little to do with recruiting, retaining and bringing on talent.

So while I agree that that maximizing shareholder value is going on at the board level and at top executive levels I don’t think it’s going on in the HR department.

HR is marginalized. No one really pays much attention to what’s going on in HR and HR struggles with the fact that what is prevalent in America today is job boards, huge databases that we use to recruit and hire people.

What winds up happening? Last year, one recruiting channel sucked up over a billion dollars worth of money from our employment system. One job board. And the other job boards suck up money too.

When you look at recent surveys, companies that were surveyed say that one company was the source of their hires 1.3 percent of the time. So 1.3 percent of all hires come from this one channel and yet we spent almost a billion dollars recruiting through it. It simply doesn’t work and yet HR is basically saddled with using this kind of system.

The Four Best (Not Easiest!) Ways to Land a Job

So when you’re not recruiting effectively you’re not recruiting properly through a certain channel, like a job board, then what’s left of you? I don’t believe HR’s been able to figure that out. They need to go back to the way they used to do it. They complained that they got so many millions of applicants, they couldn’t possibly spend the amount of human time on all those applicants. But they could solve the problem tomorrow if they stopped soliciting millions of applicants through job boards.

If they went back to using personal contacts and having their own employees go out there to find, recruit, bring in good people, they could personalize the process, make it more intelligent, more pragmatic. And guess what? Better for stockholders.

Paul Solman: But does that explain older worker discrimination?

Nick Corcodilos: To a significant extent, but not entirely. I really think you cannot separate the money from the age. When employers discriminate over age, they’re also discriminating over money. Older workers tend to make more money, especially the higher up you go, and companies don’t want to spend the money. They want to spend less. Peter Capelli, down at Wharton, has done research on this and has demonstrated that companies seem to be looking for employees who can do X, Y and Z, who can hit the ground running immediately, the perfect candidate, but they don’t want to pay the market rates.

Paul Solman: So what’s an older worker to do? Accept lower pay, I guess. Any strategic advice?

Nick Corcodilos: I really don’t think that an older worker can stop age discrimination, but you can successfully distract the employer from that issue if you focus on the reason they really want to hire you and that can make you more successful. It’s up to you to demonstrate that.

THE TRUTH ABOUT ENTREPRENEURS

The other component is they’re missing out on phenomenal skills and capabilities of experienced older job hunters: wealth of knowledge, expertise, seasoning, maturity. Companies need to be reminded of that.

But remember, the word “discrimination” isn’t always pejorative. When an employer discriminates because an older worker lacks certain kinds of skills that are important in the market today, then it’s almost a legitimate form of discrimination because the employer is just trying to figure out who can actually get the job done.

So there are some older workers — probably a lot — who simply don’t have the skills or the wherewithal to do a certain kind of job. There, it’s up to the worker to go out and bring themselves up to speed and do it in an aggressive way, do it as quickly as possible.

Paul Solman: Aren’t employers afraid to get rid of older workers because they’re afraid the older worker’s gonna sue them for age discrimination?

Nick Corcodilos: Sure, some employers are are afraid of letting older workers go because they think they’re going to get sued. And they probably will get sued. But the reality is, you could get sued at any time by any kind of worker. I think its incumbent on an employer, if they want to be smart, to figure out what is the benefit of keeping this employee or letting them go. Do the calculation and just go ahead and either keep them or let them go based on what’s good for the business. You can’t sit there and do calculations based on the legal risk.

This entry is cross-posted on the Rundown — NewsHour’s blog of news and insight. Follow Paul on Twitter.