2 things you should know about Medicare this month

Editor’s Note: Journalist Philip Moeller is here to provide the answers you need on aging and retirement. His weekly column, “Ask Phil,” aims to help older Americans and their families by answering their health care and financial questions. Phil is the author of “Get What’s Yours for Medicare,” and co-author of “Get What’s Yours: The Revised Secrets to Maxing Out Your Social Security.” Send your questions to Phil; and he will answer as many as he can.

For starters today, here are two things happening this month that may address questions you didn’t even know you had!

1. Medicare card numbers will no longer be based on a person’s Social Security number but will use a randomly generated number.

This is certainly good news on the privacy front, as having your Social Security number stolen by identity thieves is a major concern. However, the new randomly assigned numbers are going to be tough if not impossible to remember.

Here’s a sample of the new cards that will be issued to new beneficiaries and also sent to people who already have Medicare: 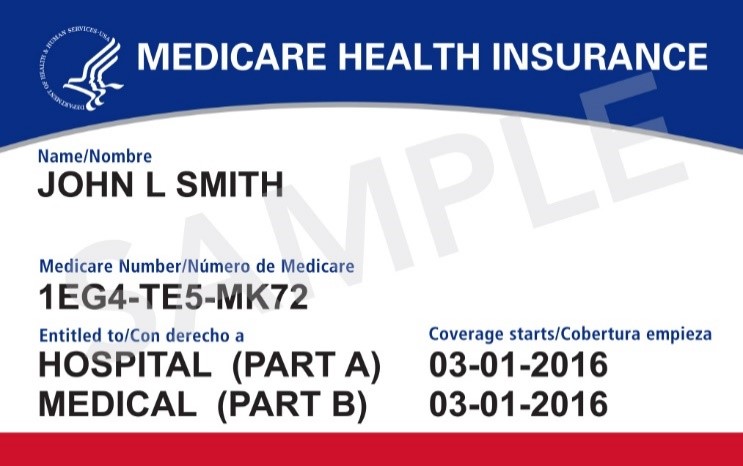 It will take a year for everyone to get a new card. From April through June, the new cards will be sent to people in Alaska, American Samoa, California, Delaware, District of Columbia, Guam, Hawaii, Maryland, Northern Mariana Islands, Oregon, Pennsylvania, Virginia, and West Virginia. After June, people in other states will begin receiving the new cards.

2. Medicare is beginning in April to expand diabetes education and prevention efforts and will pay all expenses of people who qualify for the program.

According to the American Association of Diabetes Educators (AADE), here are the eligibility requirements:

According to a new report from the Centers for Disease Control and Prevention (CDC), 30 million Americans had diabetes in 2016, including 23 million who were diagnosed and another 7 million who were not. About 95 percent of all diabetes is type 2, which often can be controlled or eliminated through changes in diet, weight and exercise.

“Diabetes affects more than 25 percent of Americans aged 65 or older, and its prevalence is projected to increase approximately two-fold for all U.S. adults (ages 18-79) by 2050 if current trends continue,” Medicare reports.

“We estimate that Medicare spent $42 billion more in the single year of 2016 on beneficiaries with diabetes than it would have spent if those beneficiaries did not have diabetes; per-beneficiary, Medicare spent an estimated $1,500 more on Part D prescription drugs, $3,100 more for hospital and facility services, and $2,700 more in physician and other clinical services for those with diabetes than those without diabetes.”

The prevention program, which can last for up to two years, will include education and help with diet, weight-control, and exercise, from suppliers approved by Medicare. It may even pay for transportation and temporary child care expenses for participants who also are caregivers. Your doctor, private Medicare insurer, or Medicare contractor (for those with original Medicare) should have details about program participants. The AADE also has a national directory of its approved diabetes education programs, many of which are or will be suppliers for the expanded Medicare program.

And now, on to this week’s questions.

Steve – Calif.: If I decline Medicare when I turn 65 and later enroll, I understand that I will get hit with large late-enrollment penalties that would last the rest of my life. I know of no other medical coverage that is so punitive. Why? Just because I chose not to go with them at this time? I mean they fairly threaten you when bringing up not using Medicare. As a citizen and veteran, I resent that kind of treatment by a government agency that supposedly works for us, not one looking to spank me when I haven’t done anything wrong. Why is that attitude even allowed, much less SOP?

The good reason for penalties is that without them, healthy people wouldn’t get Medicare when they turned 65.

The good reason for the penalties is that without them, healthy people wouldn’t get Medicare when they turned 65 but would simply wait until they needed care to enroll. If only sick people had Medicare, the rates for them would be much, much higher. The program needs everyone to enroll to be affordable. Just look at how rates for Affordable Care Act coverage have soared since Republicans ended the individual mandate that required people to get coverage.

Even at that, Part B premiums for most people cover only 25 percent of the cost of care and taxpayers pay the other 75 percent.

Diane – Pa.: Why is it so hard to switch Medicare supplement plans after six months from initial Medicare enrollment? My husband and I are 66 and in perfect health. I have been told that it is very difficult to pass the health underwriting. Can you discuss what is involved? Also, if the selection is near permanent, why aren’t we told that?

Phil Moeller: When you first enroll in Medicare, you also trigger a six-month initial enrollment period for Medigap supplement plans. During this time, Medicare rules require insurers to sell you Medigap plans without being able to either deny you coverage or raise your premiums because of any pre-existing health conditions. This set of consumer safeguards is called guaranteed issue rights. Medicare does explain the importance of these rights in its annual guide to Medigap supplement policies.

After this period expires, insurers may be free to either charge you more money or even decline to issue you a policy. Medigap is regulated at the state level, and some states have their own set of consumer protection rules that make it easier to get a Medigap plan when the guaranteed period has ended.

Here is a link to the Pennsylvania insurance department’s Medigap guide. In addition, the State Health Insurance Assistance Program (SHIP) provides free Medicare counseling. If you contact a SHIP office in Pennsylvania, someone there should be familiar with how difficult it will be for you to get a Medigap plan once you no longer have guaranteed issue rights.

Gary: I earlier wrote you about the Social Security Administration (SSA) refusing to adjust my IRMAA high-income Medicare surcharge for 2018. Its explanation was that the drop in my income was due to stock awards in the last three years since my retirement, and not due to the fact that I retired and, after those three years, no longer receive any payments from my former employer.

Well, I wrote a detailed brief, plus an affidavit authenticating a stack of documents, to counter the arguments put forward by the chap in the local Social Security office. Before filing it, I took it to the local office, to give the chap a chance to convince me he hadn’t meant to say the things I attributed to him.

The local office insisted I had to see whoever they assigned me to see; I couldn’t request to follow up with the last agent I saw. That turned out to be a good thing because they routed me to a very nice young lady who seemed to know exactly what she was doing. She didn’t read my brief but, after listening to my 30-second explanation and glancing at the table in my brief showing my income falling off a cliff this year, said, “I can fix that!” A few keystrokes later, we were done, problem solved. I later got a confirming letter from Social Security.

The fact that two people in the same office have a different understanding of how to handle this is an object lesson in not giving up after one encounter.

The fact that two people in the same office have a different understanding of how to handle this doesn’t surprise me and doesn’t even seem interesting, except that it’s an object lesson in not giving up after one encounter.

But there is something else I think is interesting about my experience. To request SSA to change the IRMAA premium, it’s necessary to request that SSA use a “more recent” tax year. I wanted SSA to use the current tax year. The first chap I encountered at the SSA office did NOT mention that as a problem, and neither did the second person. But I almost gave up on pursuing an appeal, because I wasn’t sure if I could convince the hearing officer or appeals panel that the current year is a more “recent” tax year. But my experience suggests that SSA may accept the notion that the current tax year does qualify as a more “recent” year.

Phil Moeller: I learn a lot from readers like Gary, so please share your SSA experiences with me!

Barb – Kansas: I am turning 66 in May. I have not signed up for Medicare or Social Security. My husband is working, and my health insurance is through his employer. I have rheumatoid arthritis and take a lot of prescriptions, including Humira. I am getting assistance from the makers of Humira, but they will only provide this assistance if I do not have Medicare. Now, I am being told that even having Part A of Medicare will invalidate this support. I was planning to file for Social Security when I turn 66 but know that doing so will include me getting Part A of Medicare. Can I refuse the Part A and still get my Social Security?

Phil Moeller: You cannot receive Social Security without getting Part A. That’s the law, I’m afraid.

Employers have substantial control over the terms of their insurance plans, so perhaps your employer’s plan is different. But I have never heard of an employer program requiring someone with Part A alone to move from primary to secondary coverage on their employer plan.

I’d like to know if the person telling you about the impact of Part A can cite a formal rule to that effect. In any event, good luck, and please do let me know how things turn out.