Private insurers are increasing their plan offerings for Medicare Advantage (MA) in 2020.

Nearly 3,150 MA plans, which include expanded coverage options not available under basic Medicare, will be available in local markets to beneficiaries in 2020. That is up 15 percent from 2019, according to a recent assessment by the Kaiser Family Foundation.

During Medicare’s open enrollment season, which began Oct. 15 and extends through Dec. 7, people are free to change their Medicare plans for 2020. This includes moving from basic Medicare to MA and vice versa, plus switching among MA and Part D drug coverage plans. Nearly 37 percent of people with Medicare – 22 million out of 60 million – now have MA plans.

Relatively few people change their Medicare coverage each year but not that many plans change enough to make it worthwhile to consider switching to new coverage. This is especially true for Part D drug coverage because insurers regularly add and discard drugs from their plans and change the prices of covered drugs.

A recent report from eHealth, based on the experiences of 45,000 users of its site, found that people with MA Part D plans could have saved nearly $1,150 had they enrolled in the drug plan best suited to their needs. The savings in stand-alone Part D plans, generally used by those on basic Medicare, were nearly $800. Fewer than 10 percent of people using the eHealth tools were enrolled in the optimal plan when they visited the company’s site, eHealth said.

I have long advised people to take a careful look at MA plans, and this is more true than ever. The plans often cover important benefits that basic Medicare does not, including fitness club benefits and, most importantly, limited dental, hearing and vision coverage. Stinting on such care can harm a person’s health as they get older.

In addition, recent changes to Medicare rules permit MA plans to offer what are called supplemental benefits – non-medical coverages that can help people maintain or improve their well-being. Examples include transportation to medical appointments and home-delivered meals to patients recently released from hospitals.

Here is Kaiser’s look at the percentages of MA plans that will be offering specific supplemental benefits next year: 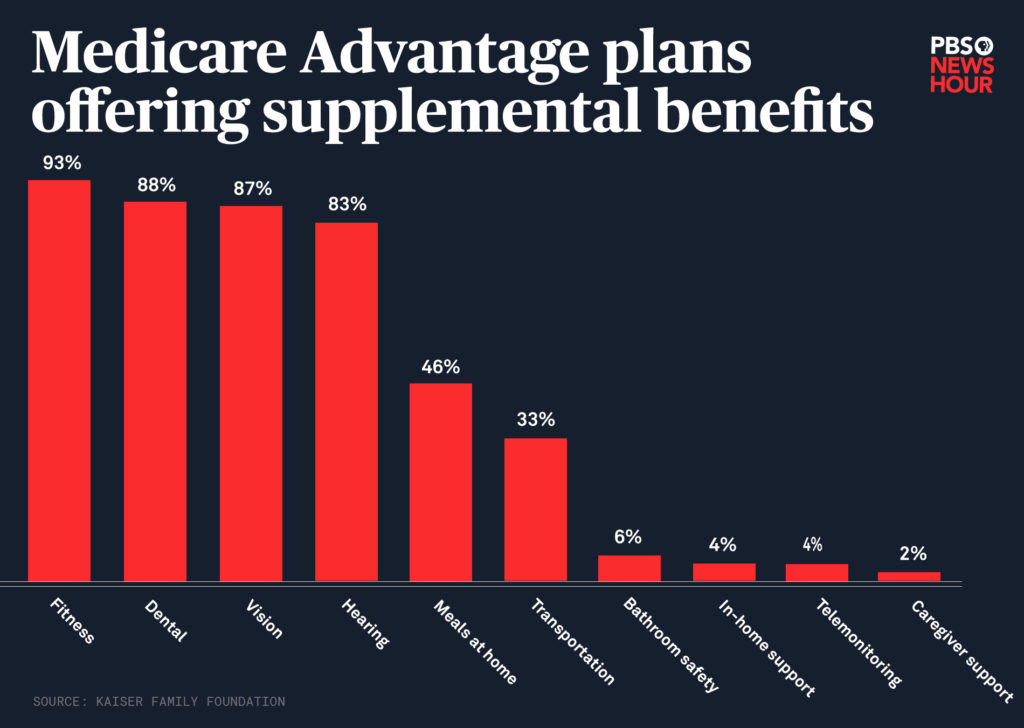 Even when a plan offers a supplemental benefit, it may not be available to all members in a plan’s geographic coverage area. Medicare rules permit private insurers to offer these new benefits only to people with chronic conditions and other special needs.

So, if an MA plan has a benefit that’s appealing to you, you should call the plan before enrolling to find out if you would be eligible for the benefit. 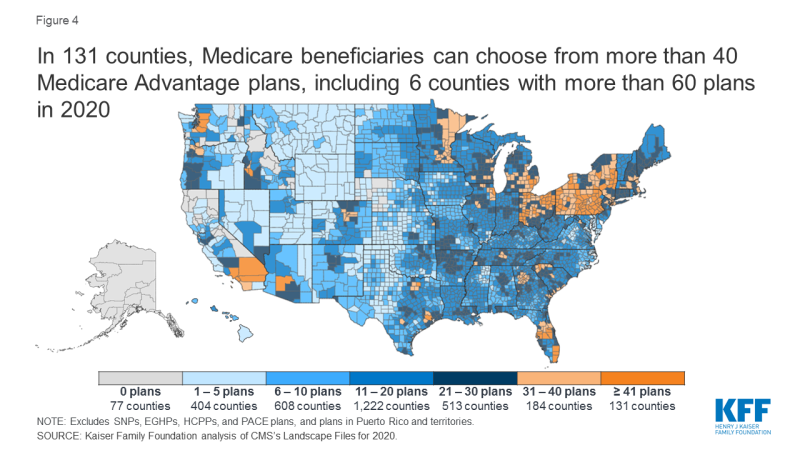 These complexities are why it’s important to use Medicare’s online Plan Finder to carefully evaluate total projected out-of-pocket costs for plans that interest you. Medicare recently made major changes to this tool and some insurance brokers and Medicare counselors have criticized the new Plan Finder as being harder to use and less helpful in comparing plans.

MA plans require people to use doctors, hospitals and other care providers that are in a plan’s provider network, and may charge sharply higher rates for out-of-network care or even deny coverage entirely. It’s important to work with your current care providers to make sure they are in the provider network of any MA plan you are considering.

Left: Two people walk inside a Medicare Services office on the last day for enrollment in the Medicare Part D program May 15, 2006 in New York City. You will not face a penalty for signing up for Medicare after age 65 if your employer signs a form indicating you have insurance coverage. Photo by Spencer Platt/Getty Images