Saturday marks 10 years since Lehman Brothers filed for bankruptcy — the moment generally considered the start of the 2008 financial crisis.

A new book explores this moment and the years that followed. In “Crashed: How a Decade of Financial Crises Changed the World,” economist and historian Adam Tooze explores what led to the Great Recession and how it changed not only the U.S., but the entire world order.

Thursday on the PBS NewsHour, economics correspondent Paul Solman looks at what caused the 2008 financial crisis and what has changed. Below, you can read an excerpt from Tooze’s book.

Crashed: How a Decade of Financial Crises Changed the World

Tuesday, September 16, 2008, was the “day after Lehman.” It was the day global money markets seized up. At the Federal Reserve Board in Washington, DC, September 16 began with urgent plans to sluice hundreds of billions of dollars into the world’s central banks. On Wall Street all eyes were on AIG. Would the global insurance giant make it through the day, or would it follow the investment bank Lehman into oblivion? A shock wave was rippling outward. Within weeks its impact would be felt on factory floors and in dockyards, financial markets and commodity exchanges around the world. Meanwhile, in Midtown Manhattan, September 16, 2008, was the opening day of the sixty-third meeting of the UN General Assembly. 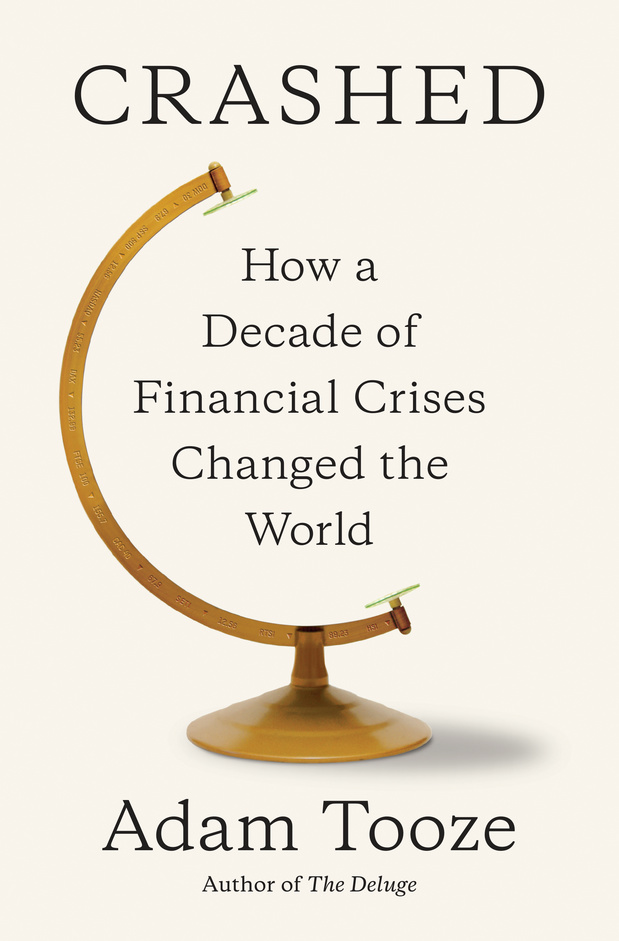 The UN building, on East Forty-second Street, is not where financial power is located in New York. Nor did the speakers at the plenary session that began on the morning of September 23 dwell on the technicalities of the banking crisis. But what they did insist on talking about was its wider meaning. The first head of government to speak was President Lula of Brazil, who energetically denounced the selfishness and speculative chaos that had triggered the crisis. The contrast with President George W. Bush, who followed him to the rostrum, was alarming. Bush seemed not so much a lame duck as a man out of touch with reality, haunted by the failed agenda of his eight-year presidency. The first half of his address spiraled obsessively around the specter of global terrorism. He then took solace in the favorite neoconservative theme of the advance of democracy, which he saw culminating in the “color revolutions” of Ukraine and Georgia. But that was back in 2003/ 2004. The devastating financial crisis raging just a short walk away on Wall Street merited only two brief paragraphs at the end of the president’s speech. The “turbulence” was, as far as Bush was concerned, an American challenge to be handled by the American government, not a matter for multilateral action.

Whatever America’s efforts at stabilization were, they were not working.

Others disagreed. Gloria Macapagal Arroyo, president of the Philippines, spoke of America’s financial crisis as having unleashed a “terrible tsunami” of uncertainty. It was spreading around the globe, “not just here in Manhattan Island.” Since the first tremors had shaken the financial markets in 2007, the world had repeatedly reassured itself the “worst had passed.” But, again and again, “the light at the end tunnel” had revealed itself as “an oncoming train hurtling with new shocks to the global financial system.” Whatever America’s efforts at stabilization were, they were not working.

One after another, the speakers connected the crisis to the question of global governance and ultimately to America’s position as the dominant world power. Speaking on behalf of a country that had recently lived through its own devastating financial crisis, Cristina Fernández de Kirchner of Argentina was not one to hide her Schadenfreude. For once, this was a crisis that could not be blamed on the periphery. This was a crisis that “emanated from the first economy of the world.” For decades, Latin America had been lectured that “the market would solve everything.” Now Wall Street was failing and President Bush was promising that the US Treasury would come to the rescue. But was the United States in a fit state to respond? “[T]he present intervention,” Fernández pointed out, was not just “the largest in memory,” it was being “made by a State with an incredible trade and fiscal deficit.” If this was to stand, then the “Washington Consensus” of fiscal and monetary discipline to which so much of the emerging world had been subjected was clearly dead. “It was a historic opportunity to review behaviour and policies.” Nor was it just Latin American resentment on display. The Europeans joined the chorus. “The world is no longer a unipolar world with one superpower, nor is it a bipolar world with the East and the West. It’s a multipolar world now,” intoned Nicolas Sarkozy, speaking as both president of France and president of the European Council. “The 21st century world” could not be “governed with the institutions of the 20th century.” The Security Council and the G8 would need to be expanded. The world needed a new structure, a G13 or G14.

It was not the first time that the question of global governance and America’s role in it had been posed at the United Nations in the new millennium. When the French president spoke at the UN against American unilateralism, no one could ignore the echoes of 2003, Iraq and the struggles over that disastrous war. It was a moment that had bitterly divided Europe and America, governments and citizens. It had revealed an alarming gulf in political culture between the two continents. Bush and his cohorts on the right wing of the Republican Party were not for bien-pensant, twenty- first- century citizens of the world to assimilate. For all their talk of the onward march of democracy, it wasn’t even clear that they had won the election that first gave them power in 2000. In cahoots with Tony Blair, they had misled the world over WMD. With their unabashed appeals to divine inspiration and their crusading flaunted their disregard for the conception of modernity in which both the EU and the UN liked to dress themselves— enlightened, transparent, liberal, cosmopolitan. That was, of course, its own kind of dressing, its own kind of symbolic politics. But symbols matter. They are essential ingredients in the construction of both meaning and hegemony.

By 2008 administration had lost that battle. And the financial crisis clinched the impression of disaster. It was a stark historical denouement. In the space of only five years, both the foreign policy and the economic policy elite of the United States, the most powerful state on earth, had suffered humiliating failure. And, as if to compound the process of delegitimatization, in August 2008 American democracy made a mockery of itself too. As the world faced a financial crisis of global proportions, the Republicans chose as John McCain’s vice presidential running mate the patently unqualified governor of Alaska, Sarah Palin, whose childlike perception of international affairs made her the laughingstock of the world. And the worst of it was that a large part of the American electorate didn’t get the joke. They loved Palin. After years of talk about overthrowing Arab dictators, global opinion was beginning to wonder whose regime it was that was changing. As Bush the younger left the stage, the post–cold war order that his father had crafted was crumbling all around him.

Only weeks before the General Assembly opened in New York, the world had been given two demonstrations of the reality of multipolarity. On the one hand, China’s staggering Olympic display put to shame anything ever seen in the West, notably the dismal Atlanta games of 1996,  which had been interrupted, it is worth recalling, by a pipe bombing perpetrated by an alt-right fanatic. If bread and circuses are the foundation of popular legitimacy, the Chinese regime, bolstered by its booming economy, was putting on quite the show. Meanwhile, as the fireworks flared in Beijing, the Russia military had meted out to Georgia, a tiny aspirant to NATO membership, a severe punishment beating. Sarkozy came to New York fresh from cease-fire talks on Europe’s eastern border. It was to be the first of a series of more or less open clashes between Russia and the West that would culminate in the violent dismemberment of Ukraine, another aspiring NATO member, and feverish speculation about Russia’s subversion of America’s 2016 presidential election.

The financial crisis of 2008 appeared as one more sign of America’s fading dominance.

The financial crisis of 2008 appeared as one more sign of America’s fading dominance. And that perspective is all too easily confirmed, when we return to the crisis from the distance of a decade, in the wake of the election of Donald Trump, the heir to Palin, as president. It is hard now to read the UN speeches in 2008 and their critique of American unilateralism without Trump’s truculent inaugural of January 20, 2017, ringing in one’s ears. On that overcast Friday, from the steps of the Capitol, the forty-fifth president summoned the image of America in crisis, its cities in disorder, its international standing in decline. This “carnage,” he declared, must end. How? Trump’s answer boomed out: He and his followers, that day, were issuing a “decree, to be heard in every city, in every foreign capital, and in every hall of power. From this day forward, a new vision will govern our land. From this day forward, it’s going to be only America first, America first . . .” If America was indeed suffering a profound crisis, if it was no longer supreme, if it needed to be made “great again,” truths that for Trump were self-evident, then it would at least “decree” its own terms of engagement. This was the answer that the right wing in American politics would give to the challenges of the twenty-first century.

Excerpt adapted from “Crashed: How a Decade of Financial Crises Changed the World.” Published on August 7, 2018 by Viking, an imprint of Penguin Publishing Group, a division of Penguin Random House LLC. Copyright © Adam Tooze, 2018.