Why the inverted yield curve makes investors worry about a recession

The yield curve, a key economic indicator that has been used to predict recessions, is renewing fears in the U.S. bond markets.

The difference between the yield on the two-year and 10-year Treasury notes inverted briefly Wednesday for the first time since December 2005.

The yield curve on the 10-year and three-month Treasury notes had already inverted in March.

In both cases, investors appeared to be reacting to the Federal Reserve’s signals that it is pessimistic about the future economy. The investors’ response to those signals led to the crucial economic indicator becoming inverted from its “normal” state.

What is an inverted yield curve?

Here’s how the yield curve works: When investors buy bonds, they are lending the government money. The Treasury then pays back interest on that money each year and returns the full amount to investors whenever the bond reaches the end of its set term — or, as it’s called, its maturity date.

The yield on a Treasury bond is the interest rate the U.S. Treasury is offering investors to get them to lend it money.

In “normal” circumstances, this is what a yield curve looks like. 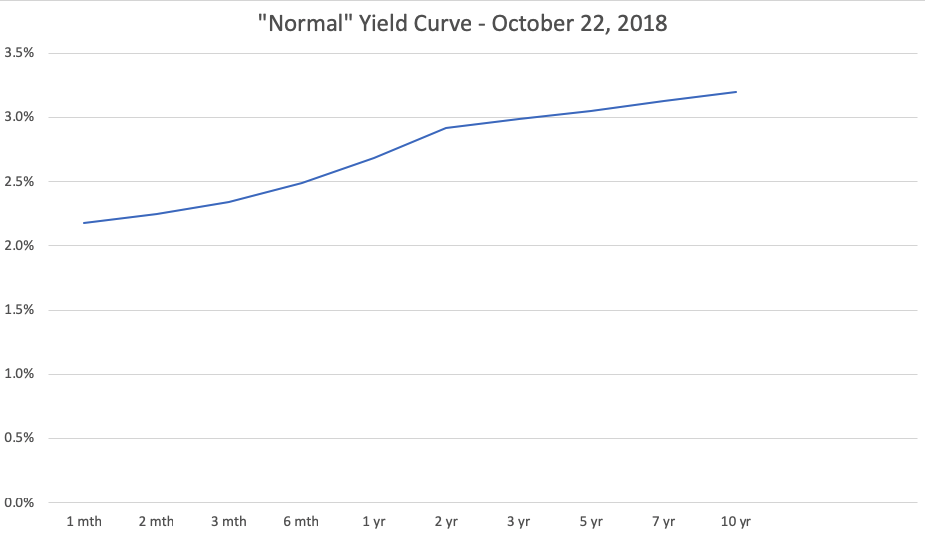 But something changed in March. The yield curve was “inverted” and looked like this. 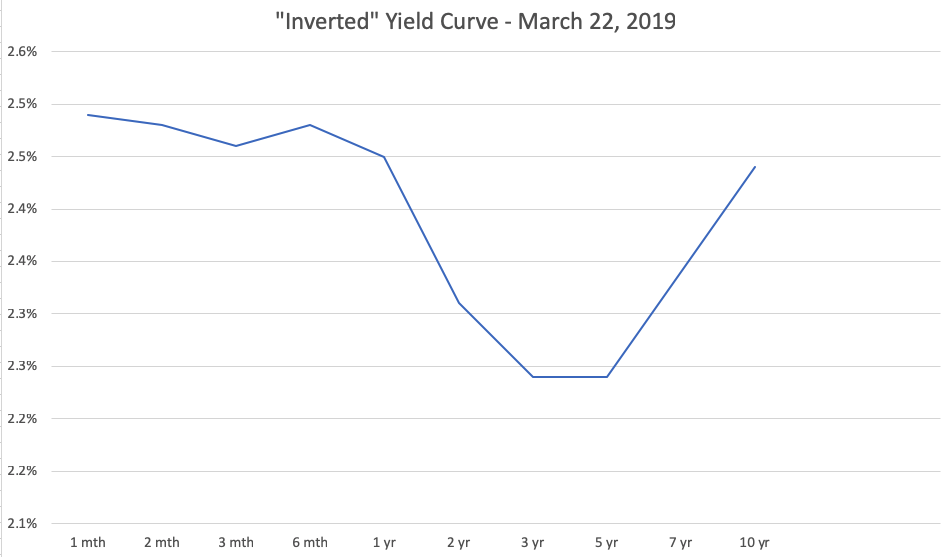 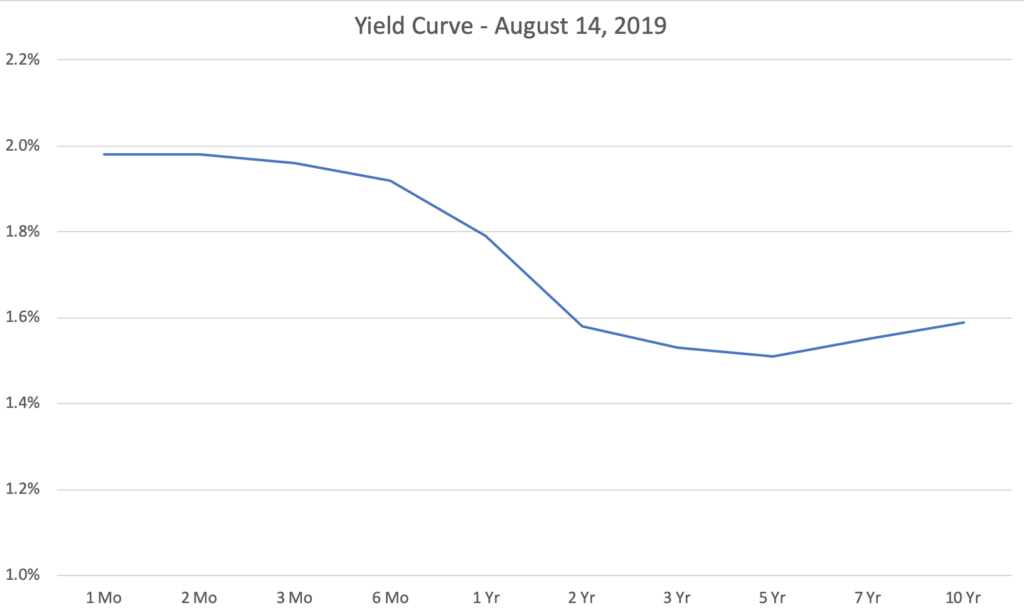 Why is the yield curve inverting? Basically, investors are buying more of the 10-year bond. And based on the rules of supply and demand, that pushes the interest rate down.

So why are they buying more? It’s a signal they may be betting the economy is going to slow down.

What is making investors pessimistic?

The Federal Reserve announced in March it was not planning any more interest rate hikes. That could be taken as a sign it, too, is pessimistic about the economy — even that a recession might be down the road.

The news was just “the straw that broke the camel’s back,” said Diane Swonk, chief economist at Grant Thornton.

A slowdown in European and the Chinese economies, growing corporate debt and concerns over Brexit have all caused investors to become gloomier in recent months.

But as the U.S.-China trade war has intensified, fears that the countries might not made a trade deal and instead enter a long-term economic “cold war” have rattled the financial markets even more.

Even before the yield curve became “inverted,” it had remained relatively “flat,” meaning the difference in the short and long-term bond yields had been fairly small. A flat yield curve is often seen as a sign of slower economic growth.

But earlier this year Former Fed Chair Janet Yellen downplayed the idea of a recession was a foregone conclusion at a Credit Suisse investors conference in Hong Kong.

Markets run on psychology, not just the fundamentals.

The inverted yield curve “might signal that the Fed would at some point need to cut rates, but it certainly doesn’t signal that this is a set of developments that would necessarily cause a recession,” Yellen said.

So are investors’ fears justified?

David Wessel, a fellow at the Brookings Institution, a Washington, D.C.-based think tank, said the recent moves in the bond market are more worrisome than they were a couple of months ago.

“The bond markets around the world seem to be suggesting they see some pretty gloomy times ahead. It doesn’t mean they’re right, but it’s a signal worth contemplating,” he said.

Wessel reminds us, however, that markets run on psychology, not just the fundamentals, and if investors react too strongly to any or all of these factors, their fear could become a self-fulfilling prophecy. And if businesses and consumers become overly cautious — i.e., stop investing and spending — that could cause the U.S. economy to contract and fall into a recession sooner than it might have otherwise.

“People get uneasy, people pull back and then it doesn’t take much to push it over the edge,” he said.

Left: The Treasury Department issues loans in the form of bonds. The yield curve is determined by the interest rate on short- and long-term bonds. Photo by Paul J. Richards/AFP/Getty Images