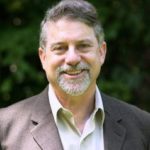 Why the U.S.-Iran conflict should be driving gas prices higher, but isn’t

Assassinations, militaries on high alert, geopolitical tensions at the boil. Any one of these in Persian Gulf countries would have roiled oil prices a few years ago. Today, even in combination, they hardly register.

Is the oil market now so secure that even the prospect of war between Iran and the U.S. has little effect? More broadly, is this relatively sanguine response warranted at this time?

Reasons oil traders should be nervous

The assassination of Qassem Soleimani, Iran’s top military commander and head of its Revolutionary Guards, happened on Iraqi soil, without Iraqi permission, while Soleimani was reportedly on official business.

This attack by a U.S. drone, which killed up to 10 Iranian and Iraqi personnel, transgressed two nations’ sovereignty. It could be easily defined as an act of war.

Iran did so and responded with a missile barrage at two U.S. bases, apparently causing no casualties. Secretary of State Mike Pompeo, meanwhile, completely rejected Iraq’s demand that American troops leave its soil, only a week after U.S. warplanes carried out lethal attacks on Iran-backed militias in Iraq, also without Iraqi authorization.

These are grim new events in a volatile region essential to global oil supply, yet they had no important impact on oil prices. Over a few days, prices went from $US66 per barrel to $69, then down to $65. This isn’t even a hiccup; in a year, it will be invisible on the price curve.

True, President Donald Trump said Iran was “standing down,” and there would be new sanctions, not attacks. Yet this president is notorious for impulsive decisions. Iran, moreover, may take its time in seeking revenge.

And in the midst of military tensions, Iran mistook a commercial airliner for a warplane and shot it down, killing 176. It was a terrible echo of the 1988 downing of an airliner by the U.S. warship Vincennes in another moment of high military anxiety.

Oil traders therefore have much reason to be nervous. But they aren’t. Why?

A big reason, which I noted in a previous Conversation article, is that the global oil market has abundant supply, fed by soaring U.S. production. In under a decade, America has been transformed from a huge importer to a major new exporter. These exports grew from 0.6 million barrels per day in early 2017 to over 4 million by December 2019.

For several years, OPEC and Russia have cut their own production to keep prices from falling, due to U.S. supply. Also, oil demand has weakened due to the global economic slowdown, caused by the U.S.-China trade war, a slumping auto industry and other factors. This has supported a perception that the oil market can absorb almost any shock, even the loss of life in a military exchange.

Experienced observers I know say that a stable oil market is often an oxymoron. A host of churning uncertainties exist just beneath the surface. War in the Gulf, however limited initially, could easily get out of hand – that’s what wars do. No one in the region wants this.

Yet no one is in control of an extremely tense situation that continues to worsen and now involves loss of life. To me, oil prices today do not reflect this reality of risk.

Higher prices would be better for a reason that has nothing to do with geopolitics, too. The world needs less consumption, fewer emissions, and help in its shift to electric transport. Cheap oil will not help.

Left: A gas flare on an oil production platform in the Soroush oil fields is seen alongside an Iranian flag in the Gulf July 25, 2005. REUTERS/Raheb Homavandi

Scott L. Montgomery is a lecturer at the Jackson School of International Studies at the University of Washington.