How are rising generic drug prices affecting you on Medicare? 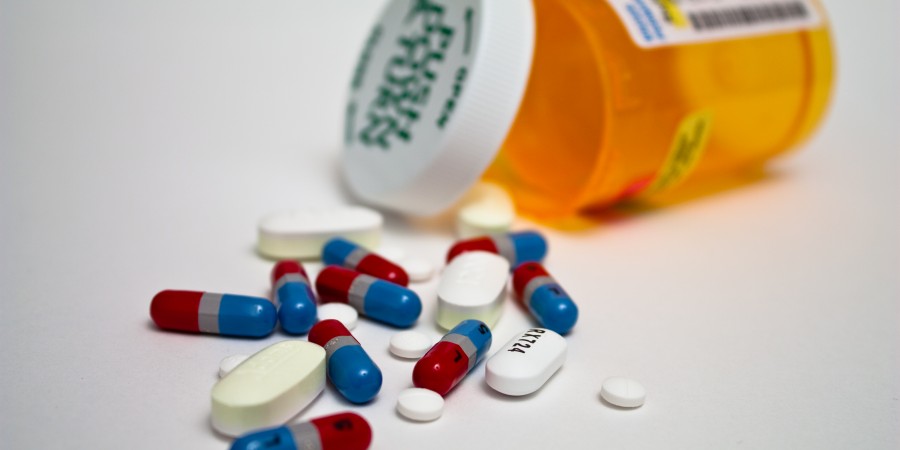 Moeller is a research fellow at the Center on Aging & Work at Boston College and co-
author of “How to Live to 100.” He wrote his latest book, “How to Get What’s Yours: The Secrets to Maxing Out Your Social Security,” with Making Sen$e’s Paul Solman and Larry Kotlikoff. Follow him on Twitter @PhilMoeller or e­mail him at medicarephil@gmail.com.

Generic drugs are supposed to be the cheap ones, right? Aren’t they the ones that doctors and health plans recommend as lower-cost alternatives to expensive — and often unaffordable — brand name drugs?

So, what do you do when prices of generics soar? What are the alternatives then? Well, this being a family-friendly website, I am constrained from offering a graphic response, but it’s not pretty, I can assure you.

I am sending a big Medicare Maven shout-out to Sen. Bernie Sanders, I-Vt., and Rep. Elijah Cummings, D-Md. They were alarmed last year about startling price increases for certain generics, and held a hearing to look into the increases. They asked 14 makers of generic drugs to come in and explain what was going on. But none of the 14 appeared and, with so many irons in so many fires in Washington, the issue cooled.

Pose Your Questions to Phil Here

Fortunately, Sanders’ and Cummings’ concern did not flag. Last February, they sought an investigation of these price increases from the Office of Inspector General (OIG) for the Department of Health and Human Services.

Last week, the OIG said it would comply, at least in part. Its work will focus on the impact of such increases on the Medicaid program.

“We currently do not have work planned to review the effect of generic drug price increases on the Medicare program,” HHS Inspector General Daniel R. Levinson said. “However, we will continue to analyze whether we can perform such a review.”

Analyzing whether a review can even be performed is a far cry from what I’d consider a meaningful response. Further, an actual Medicare investigation is no guarantee of price relief, either.

The generics industry makes a compelling case: that if you look at the entire industry, lower-priced generics save consumers and health insurers billions of dollars a year.

Even so, a combination of industry mergers and consolidation has reduced competition among generic drug makers, even as it’s contributed to bottlenecks in drug-making capabilities. Supplies of some medications have been further challenged, according to reports, by isolated quality problems at some manufacturing facilities.

The resulting price increases have encountered little resistance, which leads us to the 800-pound gorilla in the room: Medicare is legally prohibited from negotiating prices with drug makers.

Still, the OIG investigation can’t help but put generics makers on notice. So can you.

Please send us your horror stories about generic drug prices and we’ll shine a spotlight on them. Let me know how much the price changed and how much of this was covered by your Medicare insurer.

For background, here is a list of the top 15 generic drug companies with the largest U.S. sales from 2012, provided by IMS Health, a big health care data company. Their generic drug sales totals are given here in millions of dollars:

Now, here is a list of price changes on selected generics included in the legislators’ February letter to the OIG: 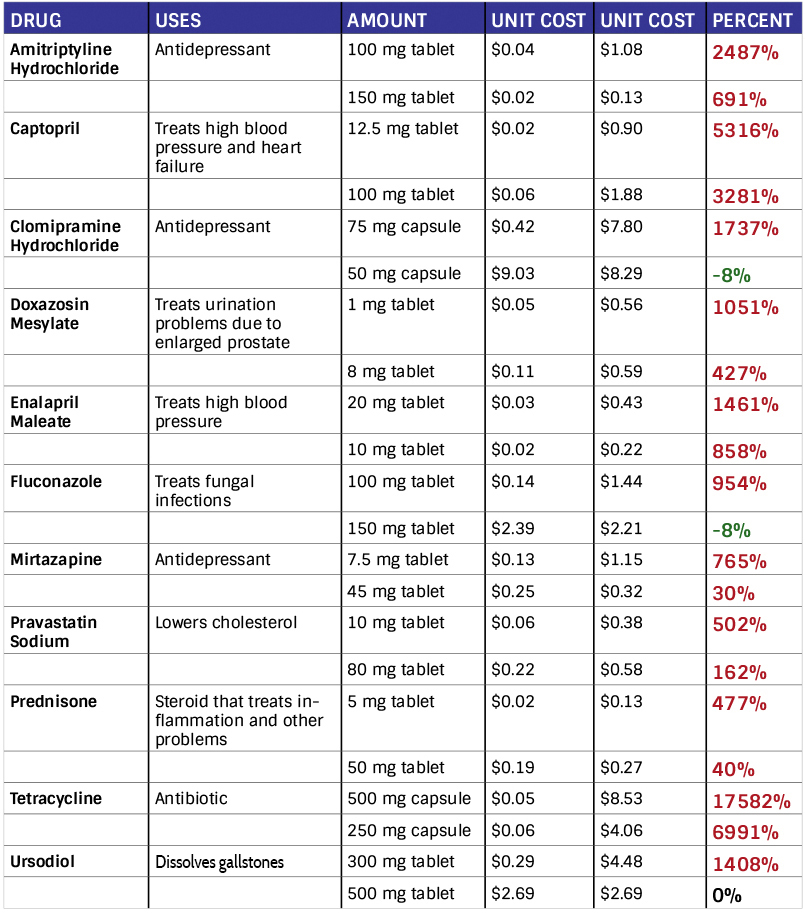 Notice the variations in price changes for different dosages of the identical drug. It’s hard to see how these changes could relate to underlying marketplace forces, but I’d love to see someone explain it to me.

And here is another list of even more startling price increases for generics that was released last fall as part of the work that Sanders and Cummings spearheaded. It was assembled by the Healthcare Supply Chain Association.

I apologize for data overload here. But drug prices and transparency are all about such details. Also, I certainly understand that Medicare’s donut hole may protect some beneficiaries from bearing the full impact of these increases. But that still doesn’t make them right.

Shielding consumers from seeing the actual prices for drugs and other health care expenses is a big problem. How can consumers help keep companies honest if they don’t even know what they’re being charged for the products they buy, or are forced to buy?

Editor’s Note: A wrong link was given to readers to submit questions to Ask Phil in an earlier version of this post. The link has been fixed and we regret our error.