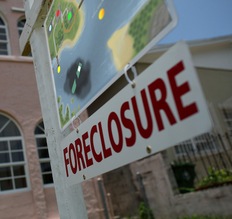 The Obama administration’s $50 billion effort to plug the nation’s home foreclosure crisis has fallen short of expectations and may ultimately prove to “be of questionable value.”

That’s the conclusion of a scathing report released late Tuesday by the inspector general of the government’s Troubled Asset Relief Program (TARP). Not only is the program aiding far fewer troubled homeowners than projected, according to the report, it has also used a questionable standard to measure performance.

When the Home Affordable Modification Program, or HAMP, launched in February 2009, the Treasury Department estimated it would extend a lifeline to as many as 4 million homeowners. So far, though, just 170,000 households have won permanent loan modifications through HAMP, and Neil Barofsky, TARP’s special inspector general, now expects just 1.5 million to 2 million homeowners to secure mortgage relief through the program.

The Treasury Department in recent weeks has said its original projections referred to the number of homeowners it believed would earn offers for trial loan modifications. However, “[d]efining success by how many offers are given can reasonably be perceived as essentially meaningless,” Barofsky wrote in the report.

In a response, Herbert Allison, an assistant Treasury secretary, acknowledged the plan’s goals “have not always been precise,” but said its success “should be measured by how many eligible homeowners are able to are able to avoid the pain and stigma of foreclosure by reducing their mortgage payments to affordable levels while either remaining in their homes or transitioning with dignity to more suitable housing.”

The report further warned that the many borrowers run the risk of a double-default on their mortgages even after a loan modification because they often owe significantly more than their homes are worth.

More than 11 million U.S. homeowners, or nearly one in four homes, are “underwater” on their loans. Looking to slow the number of homeowners simply walking away from their homes, Bank of America announced Wednesday it will start forgiving some of the amount those underwater owe on their mortgages.

Some banks, including JPMorgan, are moving to modify second mortgages. While that’s “good news,” says Reuters’ Rolfe Winkler, “to keep more struggling U.S. borrowers in their homes – a better outcome for banks and borrowers alike than foreclosure – banks need to forgive loan principal on a much larger scale so that borrowers again have skin in the game.”