The oldest hat factory in the U.S. tells a larger story about manufacturing

In the heart of Amish country, hat makers are maintaining a century-old business.

The Bollman Hat Company, located in the small town of Adamstown, Pennslyvania, is America’s oldest hat maker, having survived since 1868. At the time, the machines used to produce the hats were powered by water. Today, electricity has replaced water as the machines’ main power source, but much of the process to produce the hats has remained the same. 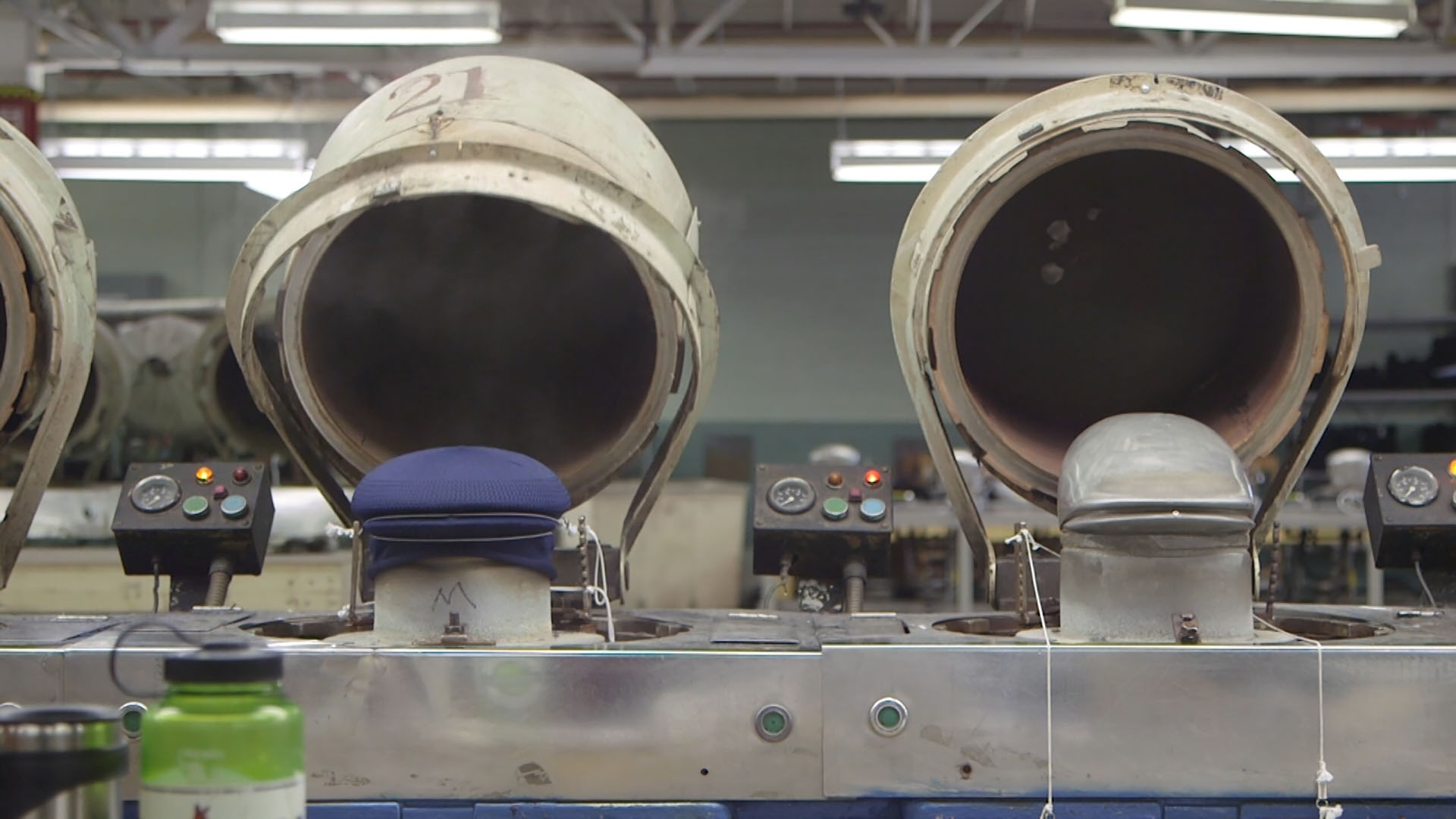 Blocking of the Kangol Ventair 504 cap during production. Photo By PBS NewsHour

According to the U.S. Labor Department, nearly 6 million manufacturing jobs were lost between 2000 and 2010. But some companies, including the Bollman Hat Company, are making an effort to bring small numbers of jobs back to the country.

In 2001, the company secured the rights to Kangol, the British hat brand that became iconic as early rap luminaries like Run DMC, Grandmaster Flash and LL Cool J sported it. For years, the hats were manufactured in China — but this year, Bollman bought and shipped knitting machines from China to Adamstown, where the company began producing Kangol headwear at its factory. 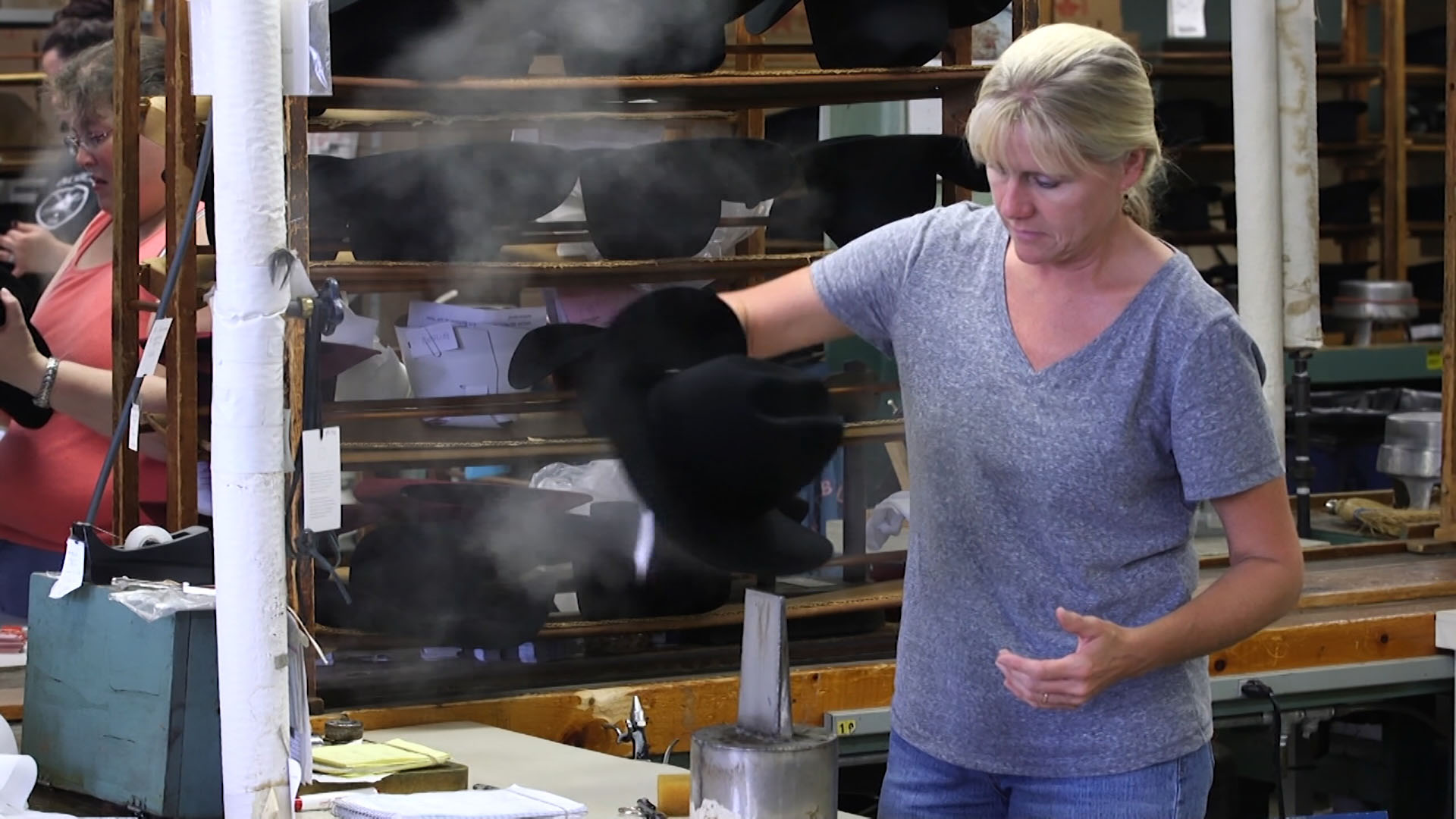 Final inspection of a wool felt Bailey western hat, part of Bollman’s operation dating back to the 1860s. Photo By PBS NewsHour

Don Rongione, CEO of the Bollman Hat Company, said that bringing production to the U.S. saves the company money by cutting out some of the costs to transport the product.

“We don’t have to transport the product and over time, as labor rates continue to rise, in other parts of the world at a faster rate than they are here in America, it would actually become cost-competitive to do it here,” he said.

Robert Atkinson, president of the Information Technology and Innovation Foundation, said that these developments in manufacturing mark only an incremental improvement to the U.S. economy. “Manufacturing is growing a little bit, but we lost over a third of our manufacturing jobs in the 2000s. It was decimated. And we’re running essentially an $800 billion trade deficit,” he said.

The embroidery of the Kangol Ventair 504 cap after it has been knitted, shaped, and sewn. Photo By PBS NewsHour

For more on the growth in U.S. manufacturing jobs, watch the PBS NewsHour tonight.

Left: The Kangol Ventair 504 cap after blocking, ready to be sewn. Photo By PBS NewsHour

Christopher Booker is a correspondent and producer for PBS NewsHour Weekend covering music, culture, our changing economy and news of the cool and weird. He also teaches at Columbia University’s School of International and Public Affairs, following his work with Northwestern's Medill School of Journalism in Chicago and Doha, Qatar.