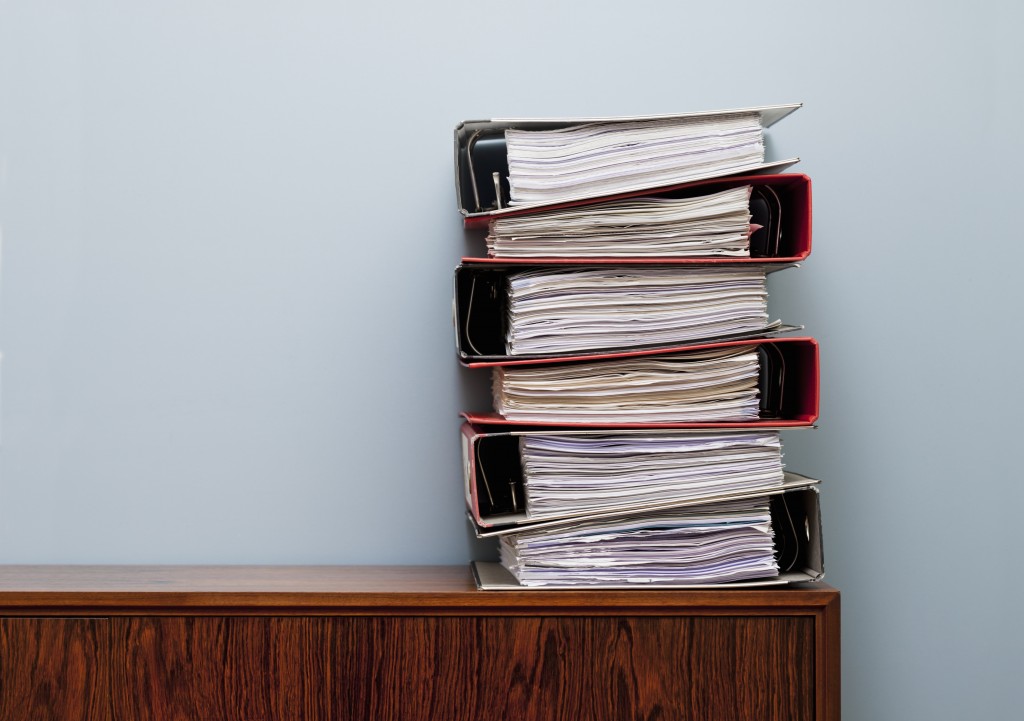 Moeller is a research fellow at the Center on Aging & Work at Boston College and co-
author of “How to Live to 100.” He wrote his latest book, “How to Get What’s Yours: The Secrets to Maxing Out Your Social Security,” with Making Sen$e’s Paul Solman and Larry Kotlikoff. He is now working on a companion book about Medicare. Follow him on Twitter @PhilMoeller or e­mail him at medicarephil@gmail.com.

Lots of Medicare beneficiaries run into mistakes in their Medicare billing statements and, on occasion, huge and life-changing health care charges that force them into the appeals process.

But right now there’s a serious backlog of Medicare claims appeals, a problem that was highlighted last week in a Senate Finance Committee hearing. The numbers are scary, which is, in all honesty, what prompted the Medicare Maven to saunter into action (our leaping days are long over).

OMHA, for you bureaucracy lovers out there, is actually the third level of the Medicare appeals process, although it’s the initial stage involving administrative law judges and evidentiary hearings with beneficiaries and health care providers involved with claims. The first two levels are more about reviewing paperwork plus clinical reviews of cases that turned on the type and amount of medical care provided.

I will now issue one of my increasingly frequent apologies for getting into the Medicare weeds here. In my defense, knowing the details of the system will become essential should you ever file an appeal.

Experts stress that consumers need to keep solid records and that contemporaneous accounts of treatment needs are compelling evidence. For example, a statement from your doctor about why you needed a certain treatment or drug at the time you needed it is much more persuasive than a report a year later trying to reconstruct or justify such a treatment.

In fiscal 2011, OMHA took an average of 121 days to process an appeal. Now, its statutory maximum is 90 days but, hey, no one’s perfect and 121 days looks pretty good alongside delays in other parts of what is called, for better and worse, the justice system.

In fiscal 2013, however, that average processing time had nearly doubled to 220 days. And it has kept soaring since then. Today, the average is up to 572 days – more than a year and a half.

Indeed, its workload is so heavy that it takes OMHA 20 to 24 weeks to even enter new appeals onto its docket, prompting this sobering if not shocking notice to claimants: “If 22 weeks have not lapsed since you submitted your Request for Hearing, do not resubmit your request.”

This is, indeed, scary stuff. Surely, some major government malfeasance must be at work. Investigations must ensue. Heads must roll.

Well, actually, not so much.

There is a serious issue here, but its direct impact on Medicare beneficiaries is perhaps not so great. First off, someone on Sen. Wyden’s staff may need a remedial session in chart reading. There were about 60,000 appeals to OMHA in 2011 but only a bit more than 150,000 appeals in 2013. That 650,000 number applies to claims, not appeals. And for comparison, the number of 2011 claims was slightly north of 200,000. Still, a rough tripling of claims and appeals is noteworthy, and has had a geometric effect on OMHA’s caseload.

There is a serious issue here, but its direct impact on Medicare beneficiaries is perhaps not so great.
The parties duking it out with OMHA mostly are medical providers – hospitals, doctors, nursing homes, medical equipment providers and the like. This is where the big money disputes are in health care, and they have been rising.

Medicare itself has stepped up efforts to recover excessive billings. State Medicaid offices have boosted their efforts to reduce their expenses and get Medicare to pay more money for claims involving people who are eligible for both Medicaid and Medicare. People on Social Security Disability Insurance are eligible for Medicare after a two-year waiting period, and the recession-induced boost in SSDI rolls is now being felt in appeals of Medicare claims. Last, lest we forget, the demographic wave of aging Baby Boomer continues to add millions of people to Medicare every year, further boosting workloads.

But as it turns out, nearly none of this caseload directly involves Medicare beneficiaries.
Amanda Axeen is OMHA’s Program Operations Branch Chief in the Program Evaluation and Policy Division. (No, I don’t really know what she does, either.) “Although we have this enormous backlog,” she said in an interview, “the appeals filed by individual beneficiaries represent a very small percentage of those cases – perhaps about 1 percent.”

Now, it’s true that appeals involving medical providers could have a trickle-down effect on consumers. But in most cases, the providers’ interests are aligned with consumers. Both are seeking money or more money from Medicare.

And that 572-day processing time and 24-week intake lag? Axeen says OMHA policy is: “We’re moving anything filed by the beneficiary to the front of the line.” There is a dedicated mail stop within OMHA for consumer appeals. “We open those on a same-day basis,” she says. Unless you feel guilty butting in a very, very long queue, here’s that address:

While the Maven already has earned his keep with this tidbit alone, keep in mind that OMHA is the midway stop for appeals. Most appeals are filed at levels one and two and nearly all involve Part A (stays in hospitals and other health care facilities) or Part B (doctors, supplies and equipment) of basic Medicare.

The quarterly Medicare Summary Notice, or MSN, that totes up provider charges and beneficiary payment obligations, is the trigger for beneficiary appeals. There are separate Part A and Part B MSNs and, to state the obvious, beneficiaries need to look at these documents and not assume the charges are correct.

MSNs include appeal instructions and there is a broader Medicare appeals brochure that goes into more detail. Appeals are handled by private companies hired by Medicare. Medicare Administrative Contractors (MACs) handle first-level appeals, which are called redeterminations. Qualified Independent Contractors (QICs) handle second-level appeals, which are called reconsiderations. OMHA, as noted, is level three, followed by a review by what’s called the Medicare Appeals Council and, finally, judicial review in a federal district court.

Beneficiaries need to have enough financial skin in the game to qualify for OMHA and court proceedings — $150 for OMHA’s administrative law judge reviews and $1,460 for judicial review. Given health care costs, such thresholds are easily met.

Each appeal level has separate compliance time frames. Adding them up for all five levels yields a total of 780 days – easily more than two years — between the time a beneficiary receives an MSN and a federal district court is asked to hear the final appeal. Of course, OMHA delays alone have blown this timetable out of the water.

It is only slightly in jest to suggest that Medicare beneficiaries need to be in good health before initiating a serious appeal. Last week’s hearing did produce the inevitable yet sad story of a 92-year-old appellant who died before the end of the process.

To get a better sense of the volume of claims, appeals and outcomes at the first two appeals levels, here are the detailed numbers from Medicare for 2013, the most recent year for which appeals data is available:

Meanwhile, if somnolence has not already overwhelmed you, and you wish to learn more about health care costs, check out the superb work by The New York Times’ Eleanor Rosenthal. Her “Paying Till It Hurts” series will take some time to read. But, hey, maybe you’ve got some spare time while waiting 24 weeks for OMHA to log in your Medicare appeal!

In her most recent piece, “The Medical Bill Mystery,” Rosenthal writes, “I have spent the last two and a half years reporting and writing about medical costs, and during that time I have pored over hundreds of patients’ bills. And while I’ve become pretty adept at medical bill exegesis, I continue to be baffled by how we’ve come to tolerate the Kafkaesque stream of nonexplanations that follow health encounters.”

If Rosenthal, a non-practicing physician with a degree from Harvard Medical School, is confused, God help Medicare beneficiaries. By the way, Rosenthal says her story was filed several weeks late because she was awaiting an explanation for one of her own medical charges. At press time, she apparently was still waiting.