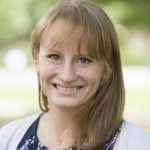 There’s a trend in the tech and media world right now that concerns me. If you joined Snapchat when it was first created, watched Hulu when it was blissfully ad-free, browsed Twitter when it was only genuine tweets or even touched a computer or smartphone in the last 10 years, you’ve probably noticed it.

Creators, whether of apps or websites, have fallen into a pattern where they funnel millions of dollars into creating a pristine platform, 100 percent streamlined for the user. After building a strong following, they flip it around and monetize it in a bait-and-switch that inevitably leaves the users less excited about the platform.

It’s the bread and butter of the tech industry.

There’s a simple reason for this. The prevailing doctrine in the world of selling advertising space is that you must prove you have an audience before you can sell it. Makes sense, right? Advertisers won’t buy an empty promise. In order to build that audience, you have to first provide a product for free. This has worked to an extent for all of the companies I listed, but it’s a flawed model relying on an inauthentic strategy that leaves users feeling betrayed.

If you’re like me, you should be concerned with where the social network plans to take the platform, and how your experience as a reader will be fundamentally changed when ads are introduced.

Look at Twitter. The micro-blogging site has lost its luster as it has stepped up its advertising game. Snapchat has still stayed mostly true to the original concept of sending self-destructing photos to friends and the public, but I am afraid it’s only a matter of time before unsolicited ads start showing up in my feed.

Both Spotify and Hulu have become completely unbearable if you still use them without a premium subscription because of the frequency of ads. I don’t even want to touch the subject of Facebook — suffice it to say if you don’t have a massive Facebook advertising budget, you’re better off using carrier pigeons to spread the word of your events than to use a Facebook Page.

The common thread of these companies is that they’re all making money off of ads, at least for now. But Twitter’s user engagement is falling, and the majority of Spotify’s ads are self-promoting, which leads me to think they don’t see much future in their free streaming service.

I know as well as anyone the cost of producing and hosting great content on an awesome platform. I know that the only way to support and sustain apps or websites that provide that service is through advertising or subscriptions. I’m not calling for developers to altruistically push out apps without ever expecting to get something in return, because I know it’s a business venture. Something has to pay the bills.

What I want to see are social media apps with a transparent design that make it clear from the beginning how the platform will create revenue. It’s a more proactive approach that will inspire true loyalty from users, instead of just sucking users in, getting them hooked, and then fundamentally altering the platform to host ads and crossing your fingers users won’t migrate to the next newfangled free app.

It’s a higher standard of creativity that app developers should hold themselves to in order to build better relationships with their users and ultimately provide more value to their future advertising customers.

This article originally appeared on LinkedIn.

Left: Platform creators, whether in app or website form, have fallen into a pattern where they funnel millions of dollars into creating a pristine platform, 100 percent streamlined for the user, build a strong following, then flip it around and monetize it in a bait-and-switch that inevitably leaves the users less excited about the platform. Photo by REUTERS/Dado Ruvic

Olivia Barrow covers manufacturing, travel and tourism for the Milwaukee Business Journal, and blogs on LinkedIn about life as a young journalist in a rapidly changing media landscape.