The realities of living as an independent contractor

Imagine that you made $20,000 last year. In addition, you experienced high income variability in which one week you earned $60 and, another week, you received $800. To add to this complexity, imagine that your taxes were not automatically withdrawn from each paycheck. Instead, you were responsible for calculating the amount you owe in taxes and paying those taxes on a quarterly basis.

To learn more about this population, Payable partnered with Common Cents, a financial decision-making lab supported by MetLife Foundation, to analyze Payable’s financial data and survey contractors in the Payable network. In this research, we surveyed over 3,800 independent contractors in Payable’s network.

Here are the top four most surprising results:

1) Close to two-thirds of contractors are contracting as a side gig. Only 36 percent are full-time independent contractors.

The vast majority of independent contractors are contracting on a part-time basis. Over 64 percent were either full-time or part-time employees, students or retired employees. This finding runs counter to the common assumption that most contractors rely solely on their contracting income. 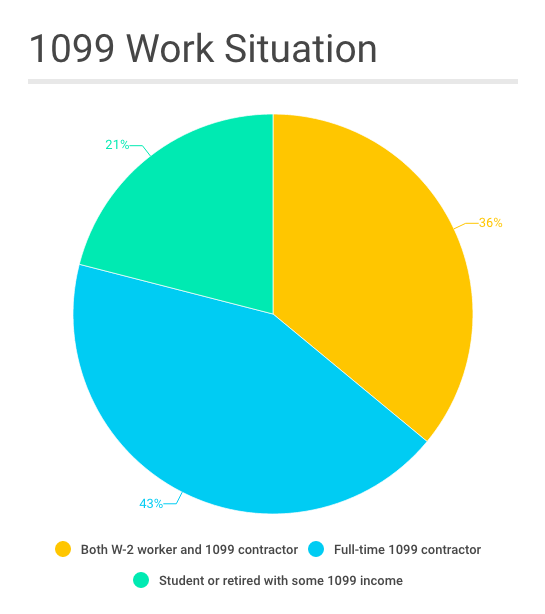 2) Most contractors are just starting out.

With the gig economy growing so fast, it’s no wonder the majority of contractors are first-time 1099s. In our study, over 72 percent of workers were contracting for one year or less. Not only are these new contractors forced to learn how to master a new skill, they are also thrusted into a complex tax environment with relatively little experience. 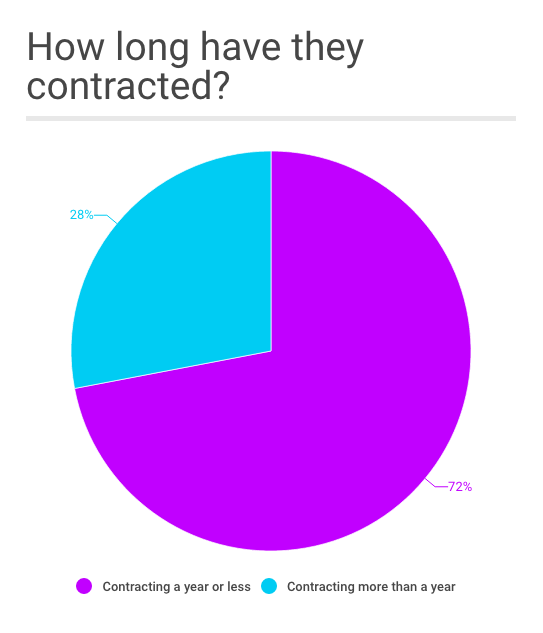 The median income for full-time contractors in 2015 was $20,000 — below the median personal income of $28,851. For those contracting part time, the median contracting income was just $7,000. Our survey participants experienced a 10 times differential between their largest paycheck and their smallest paycheck in 2015, suggesting large income variability throughout the year.

According to most tax experts, anyone who expects to owe more than $1,000 in 1099 taxes throughout the year should pay quarterly estimated taxes or face a fine. Yet, in our survey, only 16 percent of contractors paid quarterly taxes, and an additional 18 percent did not know that they had to pay quarterly taxes. 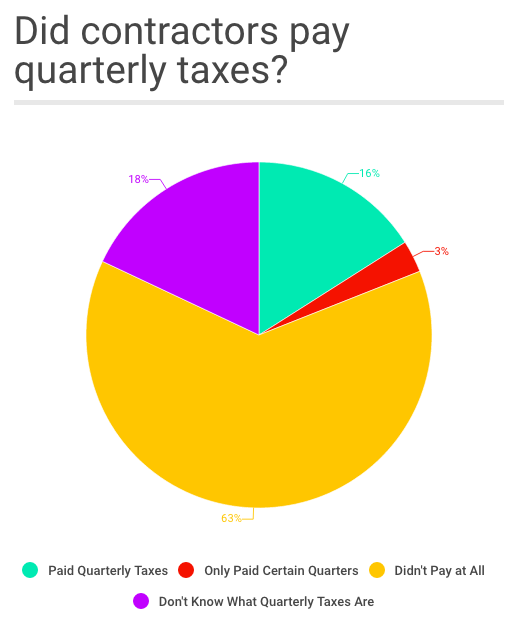