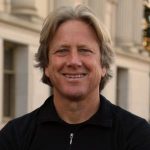 Editor’s Note:  For a recent Making Sen$e segment, economics correspondent Paul Solman spoke with Dacher Keltner, a professor of psychology at University of California, Berkeley known for his research on power. His new book is “The Power Paradox: How We Gain and Lose Influence.” In a previous post, Keltner and Paul discussed how people gain power and esteem in the eyes of their peers. Today, Keltner explains the paradox part — why once we gain power, we lose the very skills that got us there and take more than our fair share. You can watch the full report below.

Dacher Keltner: Power, new studies in economics have shown, comes from sharing resources and bringing out the welfare of others. Power comes from a kind of humble language. There are actually new studies showing if you are humble and respectful, people respect you more. So that’s the rise to power. Here’s the problem: When we feel powerful, we have these surges of dopamine going through our brain. We feel like we could accomplish just about anything. That’s where the power paradox begins, which is that very sense of ourselves when feeling powerful leads to our demise, leads to the abuse of power.

Paul Solman: That’s Paul Piff’s experiment that I participated in playing Monopoly. I was simply designated the more powerful person, and I began to behave in relatively anti-social ways.

“That’s where the power paradox begins, which is that very sense of ourselves when feeling powerful leads to our demise, leads to the abuse of power.”

Paul Solman:  But it was true. He was calling me on it, saying, “Look how you’re talking.” I had a sense of that I was going to win the game and that I was stronger than he, all because I got $200 when I passed “Go” and he got $100. It absolutely affected my mood.

Dacher Keltner: This is what’s striking when you bring people into the lab, and you randomly give them power. You say, “You’re in charge,” or in that case with the monopoly game, “You have more money,” or perhaps you get to evaluate other people and allocate rewards. Just the random assignment of power, and all kinds of mischief ensues, and people will become impulsive. They eat more resources than is their fair share. They take more money. People become more unethical. They think unethical behavior is okay if they engage in it. People are more likely to stereotype. They’re more likely to stop attending to other people carefully. It’s just this paradoxical quality of power, which is the good in human nature gets us power, and then power leads to the bad in human nature.

READ MORE: Why Those Who Feel They Have Less Give More

Paul Solman: What kinds of studies show that people with more power take a lion’s share of the resources?

Dacher Keltner: That’s where I really began my studies of power, Paul. People have this deep sense of fairness. They really have a preference if people have roughly the same amount. And if you look out in the world, you can’t help but notice that people with power seem to be enjoying more resources right? Wealthy nations eat more of the world’s protein. A lot of people are really concerned about executive compensation. Why should this person make 10 million bucks a year and I make 12 bucks an hour?

“Two-thirds of the time it’s our person in the position of power who unconsciously feels entitled to take more of the sweets.”

And I was thinking about how we demonstrate this in the lab, and so we did this crazy study that gained a lot of traction and has come to be known as the “Cookie Monster Study.” We bring three people to the lab, and we randomly assign one person to the role of leader. We say you’re in charge, and then over the course of the experiment, these three students have to write policies for the university. They bring together facts, they write policies, they submit them, and we gather these written products. Half-way into the experiment, we bring a plate of five delicious chocolate chip cookies. We put them down and that’s actually where the experiment really begins. So everybody takes a cookie. They eat very happily and are grateful for it. All groups leave one cookie on the plate because they don’t like to take that last cookie, because you don’t want to be the person who takes the last piece of food. So the key question is who takes that fourth cookie, and indeed, it’s our person in the position of power who reaches out and grabs the cookie and says that’s mine.

Paul Solman: Is it every time that it’s the leader?

Dacher Keltner: Most of the time. Two-thirds of the time it’s our person in the position of power who unconsciously feels entitled to take more of the sweets. One of my grad student came to me and said, “You know, I’m convinced that they’re eating differently.” So we spent several months coding the videotapes of people eating, and we found our person in power is more likely to eat with their mouths open, limps smacking, crumbs falling down on their sweaters. And that set in motion this whole exploration. And it’s so fundamental. Humans are this balance of impulse and our ego, our sense of morality and our sense of what other people think of us, and power shifts this balance. Suddenly when I feel powerful, I can eat the cookies however I want to. I can swear at my colleagues. I can touch people in a way that feels good to me, but not necessarily worry about how it feels to them. That really set in motion this idea that power leads people to feel entitled to take more resources.

READ MORE: Why the secret to gaining power is different today

Paul Solman:  Are there other examples?

Dacher Keltner: One really interesting area of research is work in organizations. We know you create a better team if as a leader you speak in a respectful way. You compliment. You bring out the best, you praise people. You ask good questions. And so researchers have been asking who is more likely to swear in a rude fashion at their work colleagues. And three out of the four acts of rudeness come from people in positions of power in organizations in different sectors. If you’re going to be told you’re an idiot, it’s going to probably come from people in positions of power.

“Who’s more likely to blaze through a pedestrian zone on the road and think that their time is more important than the safety of the pedestrian? It’s people driving more high power, wealthier cars.”

Here’s one of my favorites. I could not believe this finding. Investigators were interested in who’s more likely to shoplift. Shoplifting costs America over $10 billion a year. So the question is who is likely to walk into the store and pocket something that they don’t pay for, and indeed, it is high power, wealthier people who are more likely to shoplift. There are famous car studies with Paul Piff that look at who’s more likely to blaze through a pedestrian zone on the road and think that their time is more important than the safety of the pedestrian? It’s people driving more high power, wealthier cars.

Everywhere you turn, you see this finding that power makes us feel entitled to more.

Paul Solman: So what do you do about it?

Dacher Keltner: I think that that’s the great question of societies. Studies are finding — and it’s very intuitive — that if you make people feel accountable, and you say, “Paul, a committee is evaluating how you allocate these resources,” and you’re in a position of power and now allocate the resources, you become more ethical in how you allocate resources.

READ MORE: How do humans gain power? By sharing it

Dacher Keltner: Yeah, and the sense of accountability or the sense of being scrutinized is so powerful. All you have to do in studies now is actually place a geometric arrangement of dots, with two dots at the top and the little dot at the bottom, that kind of resembles the human face. If I am have sense of being watched, I become less greedy and less entitled in taking resources in positions of power. Accountability is really important.

Paul Solman: So if you’re the designated leader in some experiment and you’re beginning to lord it over the others, and there’s a picture that has four dots kind of in the array of a face in the room, you’re less likely to do so?

Dacher Keltner: Yes. Let’s say that I’m in an experiment and I have an opportunity to use resources to my benefit to the cost of other people. If I’m simply aware that other people are going to know of my actions, I act in a much more ethical fashion. I avoid the abuses of power. There are studies that show if I have a chance to take resources, and there’s this geometric arrangement of dots that looks like a human face, I take fewer of the resources for myself. I leave more for the public good. It’s very powerful.

There’s a concern right now that the wealthiest in our society are beyond scrutiny. No one even knows who they are, these people making $300 million a year. We don’t know where they live. We don’t know how their wealth generates, and that basic social condition spells trouble, and it spells a greater likelihood for the abuse of power.

As we think about inequality in the United States, one of the really interesting developments is the efforts that have sprung up to scrutinize the people with the most power. The journalist Michael Massing just wrote this nice essay about why there should be journalism about the one percent and what they’re really doing so that we as a country know what they’re doing with the resources and what we can make of it.

Paul Solman: So your belief is that to the extent that there’s journalism about the top 1 percent and how they behave, it will modify their behavior?

Dacher Keltner: Yes. This really interesting new literature shows that when I’m aware of what other people think of me, when I’m aware of my reputation, I cooperate more in economic gains. I am more likely to sign up for environmentally efficient services. I am more likely to pay taxes. Just this sense that my actions are being scrutinized and my reputation is at stake produces better behavior for the public good or the greater good. And I think that one of the ironies is that if we build up more awareness of the most powerful and the sense that their reputations are at stake, they’ll actually engage in more noble actions. They’ll be more giving to society. They’ll feel better about it. There’s a rich literature behind that, and so there are benefits for them as well.

READ MORE: Money can buy happiness, especially when you invest it in others

Left: Below, Dacher Keltner explains the power paradox -- why once we gain power, we lose the very skills that got us there and take more than our fair share. Photo by Ed Hidden/E+ via Getty Images.

Dacher Keltner, Ph.D., is the founding director of the Greater Good Science Center and a professor of psychology at the University of California, Berkeley. He is the author of "The Power Paradox: How We Gain and Lose Influence" and "Born to Be Good" and a co-editor of "The Compassionate Instinct."