Three Rules for How to Get the Highest Social Security Benefits 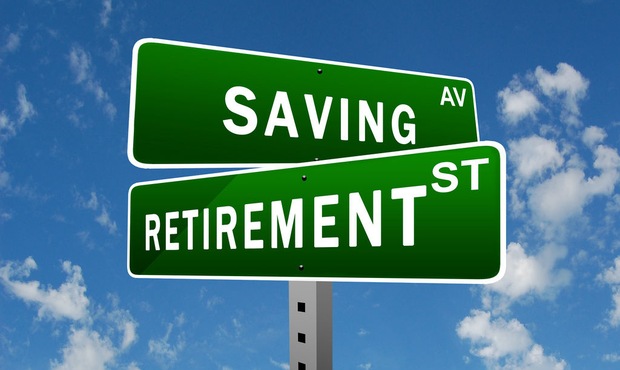 Social Security provisions are so nuanced and difficult to understand that they are sure to make anyone go mad. That’s why Larry Kotlikoff has three general rules, which if followed, can help maximize Social Security benefits without the headache. Image by Flickr user 401(K) 2013.

Incidentally, Kotlikoff’s state-of-the-art retirement software is available, for free, in its “basic” version. His considerable and often very useful total output is available on his website.

Social Security benefit provisions are so devilishly complex that I’ve come to believe that Satan himself had a hand in their construction. The ‘simple’ formula for determining the total benefits received by a married spouse involves ten distinct mathematical functions, one of which is in four dimensions. And there are additional complex functions that circumscribe the arguments entering into the primary functions.

Here’s what this monster looks like in the case of a married spouse. B(a) stands for the benefit (B) of the spouse at a certain age (a). I won’t burden you with the meaning of the other functions and their arguments, but this is actually what the equation looks like. (I know because of developing software to solve Social Security problems.)

And, after you work out these functions and the functions governing these functions, you have to run a potentially enormous number of cases to determine which collection start date for which benefits will produce the highest lifetime income from Social Security.

A less user-friendly system of saving and insurance could not be devised — not even by the Russians, who know a thing or two about bureaucracy. Ardent defenders of Social Security, who believe the system’s every provision is sacrosanct, should spend an afternoon with its Program Operating Manual System followed by a test on what they’ve learned. They, too, would start cursing the devil and praying for deliverance.

But let me not go any further there. My goal is not to recruit for the tea party (of which I am not a member). My goal is to provide general guidance for getting the most out of Social Security because right now, most people are discriminated against due to lack of knowledge — knowledge that is extremely hard to come by.

Here, then, are my three general rules for higher lifetime benefits.

Rule B: Take spousal, survivor, mother/father, and child benefits, which may be available to you based on your current or former spouse’s earnings history.

“But does waiting to collect make sense?” you may reasonably ask. “What if I wait and die before I collect? I’ll lose the benefits I would otherwise have collected.”

True. But you’ll be dead. Furthermore, you’ll be in heaven (thanks to cursing the devil). In heaven, you’ll have tons of virgins or raisins or whatever you like and no need for money anyway.

The real danger is not dying, which is the closest thing to heaven on earth. The real danger is living. Indeed, the very worst thing that can happen to you, financially speaking, is living beyond your life expectancy because you’ll need to keep paying for all the necessities and pleasures of life longer than expected.

This prospect — living to a surprisingly ripe old age — means your planning horizon must run that far as well. And when you properly value future Social Security benefits through to your maximum age of life, not to your expected age of death, waiting to collect is a no-brainer.

The obvious caveat here is if you are certain you will die in the near term, say before age 80. In this case, taking benefits early may make sense. But even in this case, delaying retirement benefits until age 70 may have a payoff — namely, giving your current and former spouses the possibility of collecting higher survivor benefits.

Rule B — availing yourself of other available benefits — is an even bigger no-brainer. More is more. If you can get extra benefits for yourself or your family members at no cost in terms of your own retirement benefit, why not go for it?

Rule C — making sure that following Rule A doesn’t violate Rule B and vice versa — is where the “fun” begins. The fun, that is, of figuring out which benefits to take when.

If you take your retirement benefit at the same time you take a spousal benefit, one of the two benefits will zap the other, either in full or in part. The same is true in simultaneously taking a retirement and a survivor benefit. The key to double dipping is to take the two benefits at different times and not lose anything, because the benefit you take last will have risen while you waited.

If you are or were married and qualify for a spousal benefit as a current or divorced spouse prior to reaching full retirement age, your options for declining to take your spousal benefit or your retirement benefit at the same time are severely limited by Social Security’s so-called “deeming provisions.” This accounts for most of the complexity in the monster benefit formula.

What’s best to do will depend on your individual circumstances. If you are married, what you can do will also depend on what your spouse does — because your eligibility to collect a spousal benefit depends on your spouse either collecting his/her retirement benefit or having suspended its collection.

And if you are divorced after ten years of marriage, your ex has to be above 62 for you to collect a spousal benefit on his or her record — assuming, that is, that the person is collecting a retirement benefit or has suspended its collection. If your ex-spouse is over 62, but has neither begun collecting nor suspended, you can still apply for your spousal benefit, provided you’ve been divorced for two years.

For all the complexity, the bottom line is simply this: There is a lot of money at stake. Possibly as much as hundreds of thousands of dollars. It all depends on making the right lifetime benefit decisions.

So before you head to the local Social Security office, as some 10,000 baby boomers are estimated to be doing every day now, know in advance what benefits you do and don’t want to apply for. The good folks at Social Security will almost surely try to do their best for you. But Business Desk founder Paul Solman called to begin taking a spousal benefit when his wife applied and suspended benefits at age 67. He was told by the nicest and most earnest SS employee imaginable “I never heard of that before.”