Trillions of Dollars in Bank Bailouts: Socialism for the Rich? 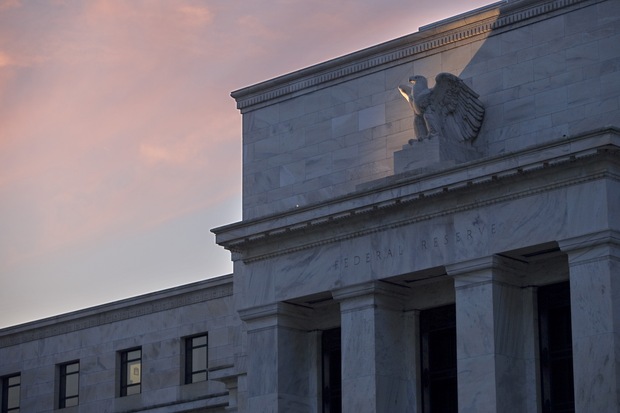 Photo of the Federal Reserve by: Andrew Harrer/Bloomberg via Getty Images

Paul Solman frequently answers questions from the NewsHour audience on business and economic news on his Making Sen$e page. Here is Wednesday’s query:

Bill Harshaw: Sen. Bernie Sanders in July 2011 said: The first top-to-bottom audit of the Federal Reserve uncovered eye-popping new details about how the U.S. provided a whopping $16 trillion in secret loans to bail out American and foreign banks and businesses during the worst economic crisis since the Great Depression. An amendment by Sen. Sanders to the Wall Street reform law passed one year ago this week had directed the Government Accountability Office to conduct the study.

“As a result of this audit, we now know that the Federal Reserve provided more than $16 trillion in total financial assistance to some of the largest financial institutions and corporations in the United States and throughout the world,” said Sanders. “This is a clear case of socialism for the rich and rugged, you’re-on-your-own individualism for everyone else.” This seems to have become a meme on the left. Could you explain?

Paul Solman: I could try. The $16 trillion dollar total is, to my mind, a wildly inflated number. Bloomberg.com, which was reporting this story last year, came up with a total of $1.2 trillion, pretty much the amount people originally thought the Fed had pledged at the time of the Crash of ’08. Here’s Bloomberg on the difference between its number and $16 trillion, as explained by Phil Kuntz and Bob Ivry:

“If a bank borrowed $1 billion overnight for 100 nights, Bloomberg’s analysis would show that the bank had a $1 billion balance at the Fed for 100 days; the GAO method that produced the $16 trillion total would sum up those transactions to $100 billion, even though the bank never owed more than 1 percent of that total.”

The Fed takes it on the chin from both the Right and the Left. But I can’t for the life of me see that it had any good alternatives to bailing out the banking system when it did. At the time, neither did almost anyone else. That’s the Fed’s raison d’etre: to act as “the lender of last resort” when the credit system seizes up. Is the moral hazard of too-big-to-fail banks, well, too big?* On his Baseline Scenario blog, Simon Johnson has been among the most eloquent and vehement of those arguing yes. I am not about to disagree with him. But the big banks were called “too-big-to-fail” for a reason: they really were.

“Agreed. These banks became known as TBTF precisely because no one wanted to contemplate ‘another Lehman.’ Unfortunately, once the banks received unconditional government and Fed financial support, they were able to become politically powerful again. The biggest banks today are bigger, collectively, than they were in the run-up to the 2008 crisis. Looking forward, the moral hazard problems are likely to get worse, not better.”

*- For teachers, we have a classroom lesson on the concept of moral hazard here.

As usual, look for a second post early this afternoon. But please don’t blame us if events or technology make that impossible. Meanwhile, let it be known that this entry is cross-posted on the Rundown– NewsHour’s blog of news and insight.