WASHINGTON — President Donald Trump is considering broad tariffs on imports from China and an announcement could come as soon as next week. Industry groups and some lawmakers are scrambling to prevent a new front in a potential trade war that could reverberate across the U.S. economy.

Early indications from the White House have officials braced for tariffs across a wide variety of consumer goods, from apparel to electronics, and even on imported parts for products made in the U.S. The size and scope remain under debate, but the U.S. Chamber of Commerce is warning that annual tariffs of as much as $60 billion on Chinese goods would be “devastating.”

Trump’s focus on China could be even more consequential, both at home and abroad, than the recently announced penalty tariffs on steel and aluminum. And amid the staff turmoil at the White House, it’s being read as a sign of rising influence for the administration’s populist economic aides, led by Commerce Secretary Wilbur Ross and adviser Peter Navarro.

Even Larry Kudlow — an avowed free trader tapped to replace Gary Cohn as director of the White House National Economic Council — has said that China deserves a “tough response” from the United States and its friends. He told CNBC this week, “The United States could lead a coalition of large trading partners and allies against China.”

But with these tariffs, the Trump administration appears so far to be content to go it alone.

On Friday, the National Retail Federation, which recently hosted industry groups to organize opposition to another round of tariffs, convened a conference call to update its members. “They’re all concerned about this,” said David French, vice president for government relations. “Tariffs are a tax on consumers and they’re best used sparingly as tools.” 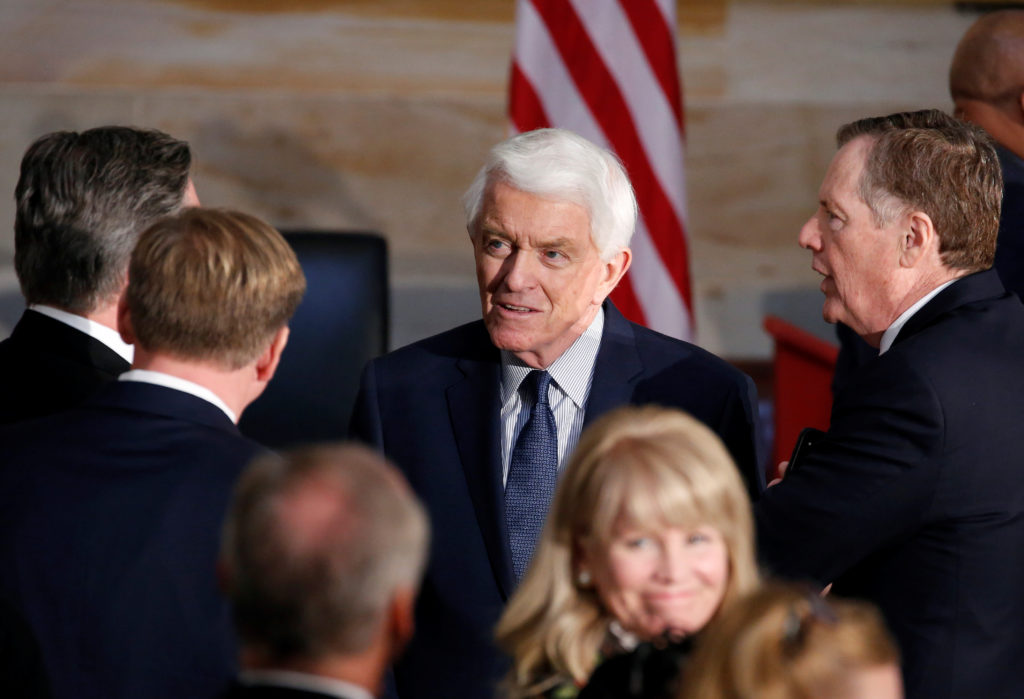 Trade experts and economists say the tariffs could lead to rising prices for U.S. consumers and businesses without accomplishing one of the president’s stated goals: reducing last year’s trade imbalance of $566 billion.

China, the largest source of the trade imbalance, would likely respond to any tariffs by retaliating with higher import taxes on U.S. goods, among other possible restrictions.

“They signaled that they will aim at things that affect the United States politically as well as economically,” said Claude Barfield, a scholar at the conservative American Enterprise Institute and former consultant with the U.S. trade representative.

“The farmer in Kansas or Iowa could feel it,” he said. “U.S. high tech companies could feel it because the supply chains for iPhones go through China.”

Lawmakers on Capitol Hill, who have largely been shut out of administration deliberations, fear tariffs would stunt economic benefits in the U.S. that could be stemming from the GOP tax cuts.

Republican leaders, including House Speaker Paul Ryan of Wisconsin and Rep. Kevin Brady of Texas, chairman of the Ways and Means Committee, have urged the administration to target any proposed tariffs as narrowly as possible, away from U.S. allies and focused on countries engaged in over-production and product dumping.

READ NEXT: Trump’s tariffs will do more harm than good, experts say

Republicans in Congress largely opposed Trump’s steel and aluminum tariffs and are working with the administration on a process for allowing waivers or carve outs for certain countries or types of metals, beyond the exemption the White House is allowing for Canada and Mexico.

“We want to narrow this,” Brady, who has been in talks with Ross all week, said Friday on Fox. “Tariffs are taxes — lower is better, zero is the best.”

The new tariffs on China would be tied to an investigation into the country’s failure to stop intellectual property theft, a probe that was launched in August as part of the rarely used Section 301 of the Trade Act of 1974.

Beyond the trade imbalance, the Trump administration hasn’t fully explained to the public which specific steps it wants China to take, creating a degree of uncertainty.

“Is the endgame just the tariffs or is this the beginning of negotiation? It’s hard to know what the ultimate intent of the administration is,” said Rod Hunter, a lawyer at Baker & McKenzie who previously coordinated global economic policies during George W. Bush’s administration. 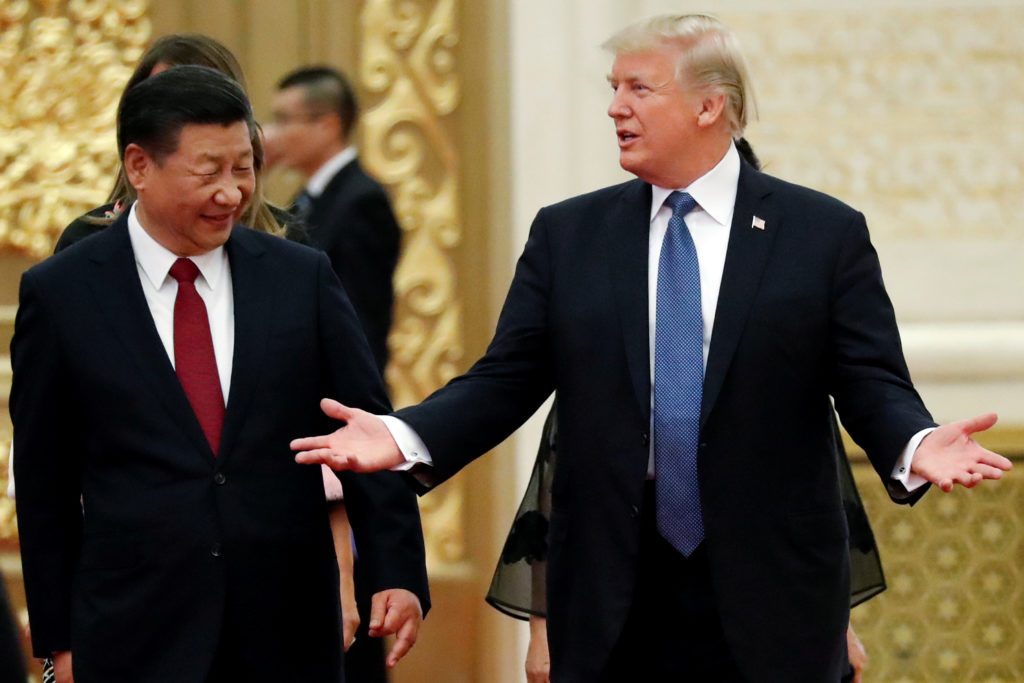 U.S. President Donald Trump and China’s President Xi Jinping arrive for a state dinner at the Great Hall of the People in Beijing, China, November 9, 2017. Photo By Jonathan Ernst/Reuters

Already, the steel and aluminum tariffs have sparked a response from the European Union, which Friday released a list of U.S. products — from whiskey and motorcycles to breakfast foods and batteries — it plans to introduce duties on if the 28-nation bloc is not exempted.

Trump is considering adjustments but appears undeterred on trade.

“The president’s going to continue fighting for the American worker,” said Press Secretary Sarah Huckabee Sanders. “He’s also working with a number of individual countries and negotiating on areas of national security where we can work together, and there’s some flexibility there, and we’re continuing to have those conversations.”

Sen. David Perdue, R-Ga., a White House ally who spoke earlier this week with Trade Representative Robert Lighthizer, said he has been talking with Trump on measured approaches toward using tariffs to remedy trade imbalances.

“His instincts are exactly right: We need a level playing field with the rest of the world,” Perdue said recently on Fox Business. “And I think we’ll see a measured approach going forward. This is not a guy that wants to create isolationism or a trade war.”

Associated Press writers Ken Thomas in Washington and Lorne Cook in Brussels contributed to this report.