Latest U.S. Home Prices Show Your Largest Asset May Be Withering Away 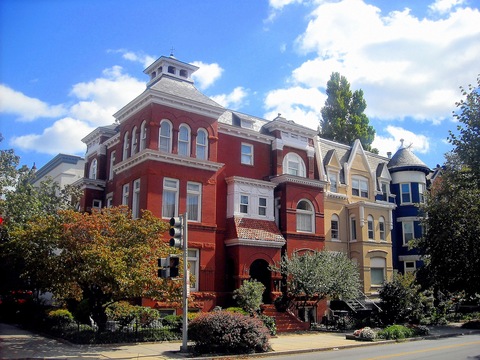 If you’re one of millions of Americans who look to their home as a source of financial fallback in retirement, Tuesday’s price data will not reassure you.

Most major U.S. cities saw home prices drop in February, marking the sixth straight month of decline. Overall, we’re back to late 2002 price levels, and down a full 35 percent since the housing bubble’s high in summer 2006. Nine cities fell to post-burst bottoms in February, according to the latest S&P/Case-Shiller Home Price Indices report.

Let’s dispense quickly with our usual disclaimer: monthly variations shouldn’t be taken too seriously, given the margins for error. That said, it’s the trends that matter — the months-long declines and anemic growth patterns that persist over time.

In practical terms, what Tuesday’s data means is that on average, the typical American home is worth about what it was nearly a decade ago. To give a bleak example, let’s say you bought a house in the Atlanta metro area in January 2000. And let’s assume you took out a standard 30-year mortgage. That means you have 18 years left to pay off a house that — on average for Atlanta — is worth 16.7 percent less than what you bought it for. From January to February alone you would have seen a -2.5 percent change in prices in your area; from one year ago, more than a -17 percent change. And if you were to grimly (and perhaps foolishly) project this month’s drop ahead twelve months, another drop of something like 20 percent a year from now.

Near the other end of the spectrum: if you purchased in the Boston area (where Paul Solman hangs his hats), prices would be just over 46 percent higher than your Jan., 2000 purchase price. Yes, that’s a positive return on investment, but over 12 years, it represents a mere 2.5 percent return annually, barely enough to cover inflation.

On average, February housing prices dropped 0.8 percent from January, following a 1 percent decrease from December to January. Those wearing glasses the color of rose might notice that the rate of decline slowed slightly. Those in shades could counter that a drop is a drop is a drop, and 0.8 percent per month is no cause for celebration.

Why does it matter if housing prices are dropping? If you’re a homeowner, you’re watching the value of one of your largest assets — if not your very largest asset — wither away. And if you’re a homeowner whose mortgage exactly equaled the home’s value last month, a decline would submerge you — put you “underwater” in that you’d now owe more than the home is worth. On the flip side, as a home buyer, you might see yet another decline and hold off on making a purchase, betting that prices will continue their downward trend and you’ll get a better deal later, not sooner.

Moreover, according to economist Karl (Chip) Case, your home value has a “wealth effect” — the more wealth you have in your home, the more you’ll spend. About 4 percent more of that increased value, research has shown. No increase means no increase in spending and thus a persistently listless economy, all else equal.