Waiting Until 70 for Social Security: How Long Must You Live to Make it Worth the Wait?

If you outlive your life expectancy, economist Larry Kotlikoff says you will want the highest possible Social Security check. If you don’t, you won’t need one. 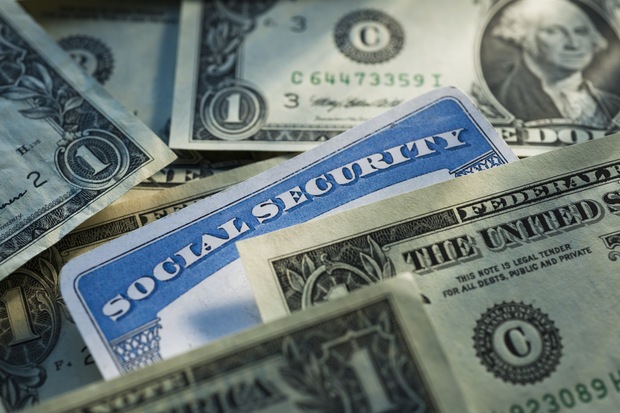 *We are determined to continue it until the queries stop or we
run through the particular problems of all 78 million Baby Boomers, whichever comes
first. Kotlikoff’s state-of-the-art retirement software is [available](http://
basic.esplanner.com/), for free, in its “basic” version. His considerable and often very useful output is available on his website.*

Larry Kotlikoff: You seem to be thinking something like, “Gee, if it takes me 15 years to break even after waiting until 70 to start collecting and my life expectancy is only 82, it doesn’t make sense to wait.” This is not the right way to think about waiting to collect. The reason is that you won’t die precisely at 82 or whatever your life expectancy happens to be.

Look at the actuarial tables used by Social Security (though they figure to underestimate longevity, since they date from 2007 and life expectancy has grown since).

Here are the 2007 projections for the ages at which you might make a Social Security decision, 62 to 69. The first column is age; the second, the odds of your dying in the next year at that age, if you’re a man. The third column lists the number of years of life expectancy left, on average (again, for men). The next two columns provide the same data for women.

Now suppose you live to 100. Here’s the line from the Social Security’s actuarial table; again, from 2007, the latest year available:

So even a centenarian can be expected to live another two years. Such a person will have lost big time from taking benefits early: as much as several hundred thousand dollars, in today’s money.

But, you are probably asking, what if you wait to collect and do happen to die early? The way I think of it, you will be in heaven, where you won’t need money. So I just can’t see the downside of waiting in order to protect yourself from the worst case scenario, namely, living to your maximum age of life and in the process, out living your savings.

Therefore, unless you have no other sources of income and really can’t wait until age 70, please do wait. (By the way, I’m assuming you are single and have no access to spousal benefits from a former spouse. Otherwise, my answer might be different.)

John — New Hope, Penn.: I am 69 and two months; my wife is 62 and eight months. We have a 22-year-old daughter in college. How can we structure any income from Social Security at this point to help pay for tuition, etc.?

If your wife waits until full retirement age, however, she can collect her full spousal benefit (equal to half of your full retirement benefit) and then wait until age 70 to collect her own maximum retirement benefit. At 70, it will be roughly 65 percent larger than were she to take it now. So much depends on how badly you need the money now, compared to how worried you are about outliving your savings. You may need to use available software to determine which option is best.

Jim Neal — Kansas City, Mo.: My wife is the primary earner and is 10 years younger than I am. I just turned 60, so I’m trying to get a handle on the best way for us to deal with Social Security. I haven’t worked for about 20 years and the most I ever made was around $50,000 annually. My wife, on the other hand, currently makes nearly double that. We have no children and while I was previously married, it was a long time ago and lasted only a few years. My current marriage is still going strong after 20 years. There are some bills we’d pay off if I were to take Social Security early, but we certainly don’t need the money to live on. We just want to figure out the best way to maximize both of our Social Security benefits. Look forward to hearing your advice.

Alternatively, waiting until you reach 70 to start your retirement benefit may be best. You need to use software or consult a financial advisor to compare this and other options.

Larry Kotlikoff: I assume by “little adjustment” you mean switching to a chain-weighted index formula to determine Social Security’s cost of living adjustment. That one change would probably lower the inflation adjustment by 0.3 percentage points per year: not a big deal in the short run, but it will be significant over time. That’s why it’s opposed by those who worry about less well-off Americans reliant on Social Security.

J. Post — San Carlos, Calif.: I started taking Social Security at my full retirement age, 66. My husband started spousal benefits the same year. That was two years ago. He makes more than me but I also make a good living. Should I suspend my benefit now at age 68 and start up again at age 70? Should he suspend and take spousal benefits too?

Larry Kotlikoff: You can’t suspend a spousal benefit, so that option is not available. But it does make sense for you to suspend your own retirement benefit and start it up again at 70 at a 16 percent permanently higher level.

Eileen Brieaddy — Florence, S.C.: I was misinformed about getting benefits when my husband died years ago and now understand I could have gotten widow benefits. Since the Social Security misinformed me, can I still file for back money for me and his stepchildren?

Larry Kotlikoff: From what I understand, if you have documentation of this, you can. Here’s what my colleague Jerry Lutz has to say:

She could file a claim now, and request that a deemed filing date be established based on misinformation. If the new claim she files is disallowed, she would have the right to appeal the decision. Here is the reference from Social Security Online.