What Can Bitcoin Buy? No More Heroin, but Baklava and a Dinner Date

By Marc Hochstein and Stephen Pair 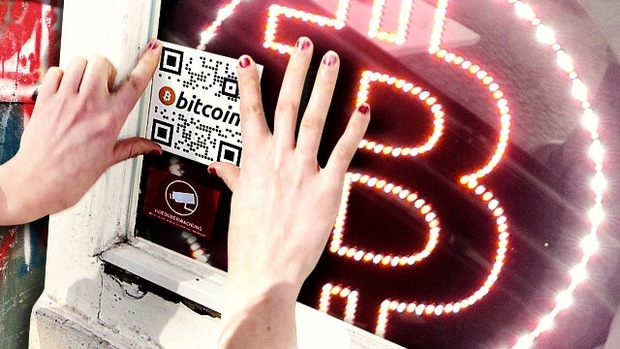 What can Bitcoins get you and how do you make purchases with them? Photo courtesy of Flickr user Rene Walter.

Continuing our series of interviews about Bitcoin, which we explored in last week’s Making Sen$e segment, we now take a closer look at the legitimate, everyday uses of Bitcoin and how to transact with them.

Wednesday, we heard “The Mathematician’s Defense of Bitcoin” and a “Bitcoin Evangelist on the Values of Crytocurrency.”

Since last week’s seizure of Silk Road, using Bitcoin for illicit purchases may be a little harder (although there’s plenty of talk of copycat sites rising in its place). But how and where are people sending their bitcoins on a daily basis to make legal purchases and donations? We spoke to The American Banker’s Marc Hochstein about how Bitcoin enables a payment processing system that isn’t subject to the same political pressures as the major credit card companies. And we hear from Stephen Pair, executive director of one of those Bitcoin processing companies, BitPay.

Marc Hochstein: Well, the utopian aspect of bitcoin is that it’s a type of financial system without controls that this community views as arbitrary. So, a good example is Wikileaks. Wikileaks is very difficult for donors to send donations to.

A Bitcoin Evangelist on the Virtues of Cryptocurrency

Wikileaks has a financial blockade around it. Under pressure from politicians, the major payment networks — Mastercard, Visa, PayPal — have refused to process donations to Wikileaks for the last couple of years. Bitcoin is a decentralized network, so there’s no Bitcoin company, there’s no governing authority. So one of the few ways that Wikileak has been able to continue to get donations is through Bitcoin. And that sort of shows the kind of — you could call it anarchic, if you will — nature of it. But from the point of view of the Bitcoin users, they see these controls as sort of arbitrary and pointless.

Marc Hochstein: Yes, they would definitely use that word, tyrannical. One of the most infamous uses of Bitcoin is the Silk Road. … But there are legitimate merchants who take it, too. There’s a baklava guy up in New Hampshire who accepts Bitcoin. There’s a dating site called OkCupid that accepts Bitcoin. It’s a pretty motley assortment, mostly independent online merchants.

So can you make a purchase with bitcoins without actually owning any? Yes, says BitPay’s Stephen Pair: bitcoins are just “the plumbing” for a transaction. And BitPay, a payment processing company for merchants handling transactions in bitcoins, is part of that configuration of pipes. Here Pair explains more about the everyday transactions that give Bitcoin its value.

The Mathematician’s Defense of Bitcoin: It’s Just Another Option

Paul Solman: So what kind of companies have you signed up?

Stephen Pair: A lot of various kinds of e-commerce companies, a lot of companies that are more internationally focused or they sell to international markets.

About one in 50 credit card transactions that are conducted internationally are actually fraudulent, and so by using BitPay and Bitcoin as a form of payment, companies can eliminate that credit card fraud.

Paul Solman: So I use PayPal — how is this different from PayPal?

Stephen Pair: Well, PayPal is an account-based system, so it suffers from a lot of the same kinds of frauds in areas that you see with credit cards. A Bitcoin payment is a push transaction, where the sender is actually creating a transaction and digitally signing it, sending the exact amount of money to the recipient. With a credit card or PayPal transaction, what you’re doing is giving authorization to somebody to pull money out of your account; that’s what we call a pull transaction. Pull transactions are the source of most of the fraud that occurs with the credit card.

Paul Solman: But Bitcoin’s value has gone up and down. How quickly does this transaction get made?

Stephen Pair: It happens within milliseconds, so our merchants can set their prices in dollars and they get paid out in dollars. And Bitcoin just serves as the payment mechanism. Of course, they can elect to take Bitcoins as well, but if they want to be completely isolated from that volatility, that’s one of the services that BitPay provides them.

Paul Solman: So in that case, Bitcoin wouldn’t be an alternate currency; it would just be a convenient payment?

Paul Solman: And you don’t have to own Bitcoins in order to do it?

Paul Solman: And do you think that’s what Bitcoins will ultimately be most useful for?

Stephen Pair: Well, that’s really what all money is about — it’s about facilitating exchange, and so a lot of times I try to describe Bitcoin as the most counterfeit-proof form of payment humans have ever created. And by that I mean that when I receive a Bitcoin transaction, I can go verify in a few milliseconds if that transaction is valid. If you contrast that with a credit card payment, where you can get chargebacks up to a few weeks later, or even a cash transaction where there’s a risk that somebody has counterfeited that physical bill, bitcoins are a lot safer to accept for the recipient.

On either end of that, I can convert some other form of currency or anything of value into Bitcoin, then use that as a payment mechanism. And then on the receiving end, I can turn that back into whatever I want to actually hold. And in that case, it’s just the plumbing — the Bitcoin network is just the plumbing that makes that transaction possible.

That’s what gives Bitcoins their fundamental value is that use as a payment mechanism, or a transfer of value.

Paul Solman: How many merchants have you signed up so far?

Stephen Pair: There are some notable ones like WordPress and Namecheap that sell domain names on the Internet, a lot of different hosting providers, and different kinds of e-commerce companies that sell something that’s particularly vulnerable to fraud, like electronics dealers selling computer and camera equipment and musical instruments.

Paul Solman: Any local retailers or is that not worth your while?

Stephen Pair: No, we have local retailers. We have bakeries, some restaurants… they’ll use our handheld point of sale solution for transacting. And there’s a restaurant here (at the Bitcoin conference in New York) that we’re going to tonight called E.V.R. that takes Bitcoin.

Editor’s note: In July, when we conducted these interviews, BitPay had 8,000 merchants. They surpassed 10,000 merchants in September.