What If You Outlive Your Savings? How to Close the Retirement Income Gap 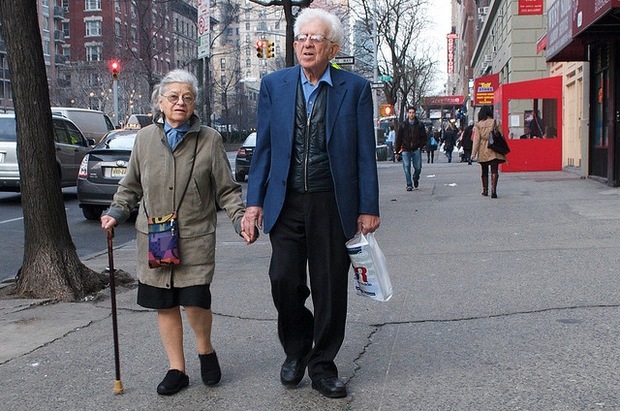 One of the biggest threats to retired folks is that they will outlive their savings and Social Security won’t be enough to carry them over. Lew Mandell explains the best ways to close the gap between what you have and what you need. Photo courtesy of Flickr user Ed Yourdon.

Financial educator Lew Mandell, author of “What to Do When I Get Stupid,” is no stranger to this page. He first appeared here extolling the virtues of a certain kind of annuity — Single Payment Immediate Annuities. He’s responded to skeptics who doubted that they are the best retirement deal on the market. But more broadly, he’s concerned with ensuring boomers are setting themselves up for a financially secure retirement. Owning an age-in-place home is one recommendation he’s made for attaining that security. But taking a step back to consider the overarching problem retiring boomers face — that they don’t have enough saved for retirement — Mandell returns to the SPIA as a source of funding, explaining for whom the annuity is a good fit and who may want to pass up his favorite retirement deal.

Lew Mandell: As baby boomers reach retirement, many of them are facing a retirement income gap. What is it? The retirement income gap is the difference between safe annual retirement income and basic retirement expenses. Since fewer and fewer American workers are eligible for defined benefit pensions, which last for life, most of us will have to retire on Social Security plus the income that we can generate from our investments.

The Employee Benefit Research Institute (EBRI) estimated in 2012 that about 44 percent of the oldest cohort of baby boomers (those retiring now) may not have sufficient retirement resources to pay for “basic” retirement expenditures and uninsured health care costs. Those who have financial assets, in the form of a 401k or other defined contribution balances, must decide how they will invest those assets to best fund their retirement income gap. Those who lack financial assets but own their own homes may be able to use a reverse mortgage to help fund that gap.

How Can Single Payment Immediate Annuities Address the Income Gap?

Single Payment Immediate Annuities are an insurance product that allows you to buy a “guaranteed” monthly income payment for the rest of your life. Most economists who have studied this issue feel that SPIAs are a good way to supplement Social Security payments in closing the retirement income gap. Since payments will be made as long as you live, an SPIA eliminates longevity risk, or the risk you’ll outlive the payments.

Also, since payments are guaranteed by the issuer and backed by state-run insurance funds to give you the same amount of money every month, an SPIA eliminates market risk due to the fluctuating value of stocks and bonds. This lifetime income security is particularly important for those with limited financial assets to invest.

Why Is There So Much Opposition to a SPIA?

Opposition or resistance to SPIAs tends to fall into three distinct classes. Some consumers are apprehensive about “annuities” in general because they have read so much about the high costs and risks associated with many variable annuities. They don’t realize that a Single Payment Immediate Annuity is a totally different thing, a relatively simple insurance product rather than a hybrid investment product. Few consumers have had much exposure to SPIAs since sales commissions and company profits are so much lower for this product than they are for variable annuities that they are seldom advertised or promoted to consumers.

Partly as the result of widely differing sales commissions, many financial planners and others licensed to sell both variable annuities and SPIAs tend to deprecate the latter to their clients. The standard commission paid to the insurance agent who sells an SPIA is a one-time payment of about 3 percent. The commission paid to those who sell variable annuities is typically much higher the first year and often continues to pay the salesperson, at a lower rate, for many additional years. In part, the higher commission is used to compensate the salesperson for explaining the more complex variable annuity to the customer. And since variable annuities typically include mutual funds, the annual expense ratios of the funds, which can be as high as 1 1/2 percent of their value (or more), are generally passed on to the customer as well.

I have had the pleasure of knowing several well-qualified financial planners who always put the needs of their clients above their own self-interests. All of these planners consider the SPIA to be a useful tool to help clients with substantial retirement income gaps. Those who reject its use under all circumstances are doing their clients a disservice.

A third source of resistance to SPIAs is legitimate. They aren’t for everyone. Since an SPIA is an insurance product that keeps you from outliving your income, an upfront payment gives you a relatively large payment for life, but your estate and those left behind after you pass away get nothing. In essence, you are buying into a pool with others your age, and those who live longer than average will get back more money than those who die earlier.

In an extreme example, if you invest $100,000 in an SPIA today and die tomorrow, your estate gets nothing back. If, instead, you had invested your money in 10-year Treasuries today and died tomorrow, your estate would own the bonds which it could sell. And, if you lived for 10 years, you would get your $100,000 back at the end of that time from your Treasuries while you would get nothing but your regular payments from the SPIA.

So who would benefit most from investing in an SPIA? Clearly it is those without dependents who would need money from the estate. If you have no needy dependents, an SPIA allows you to get the greatest guaranteed payment for the rest of your life and goes the furthest, by far, in safely funding your retirement income gap.

Why Have I Been Told That an SPIA Has a Return of Just 1 Percent?

That is true. Single Payment Immediate Annuities will give you a return on your investment of just about 1 percent a year, these days, a low rate even in this period of low returns on all fixed-income investments. However, as stressed above, the SPIA is an insurance product, not an investment product. You are buying lifetime income security, not making risky investments.

Although inflation has been remarkably low in recent years, close to an annual rate of 1 percent in recent months, there is a good chance that it will go back up again during the lives of many people who are now retired. Even the Fed feels that inflation is currently too low.

To protect the purchasing power of one’s income against possible inflation, it is possible for a 70-year-old man to buy an inflation-protected SPIA for about 36 percent more than an SPIA that pays a fixed amount. To pay for the additional cost of the annuity, inflation would have to average more than 4.1 percent per year over the next 15 years. In my opinion, this high average rate of inflation is not likely over so long a period, but retirees who are particularly risk-averse may choose to pay for the added protection.

Can I Use My Home to Generate Annuity Payments?

A reverse mortgage can provide homeowners a fixed payment for life while allowing them to continue living in their home. This product is designed for homeowners who are far more concerned with maximizing lifetime income than with leaving a large estate to any heirs. It is particularly useful for those who love the house they live in and want to die as occupants of that home.

The safest reverse mortgage is the Home Equity Conversion Mortgage (HECM) offered by the U.S. Department of Housing and Urban Development (HUD). This government-approved reverse mortgage constitutes 90 percent of the reverse mortgage market, in part because it is relatively straightforward with rules designed to benefit the consumer. One of the options of this plan is tenure annuity which provides equal monthly payments as long as at least one of the borrowers lives and continues to occupy the property as a principal residence.

This is very similar to an SPIA except payments can sometimes end before death if the last remaining borrower permanently moves into a nursing home or another residence. Another (positive) difference from an SPIA is that when the home is sold (after death) or no longer used as a primary residence, there may be money left over for your heirs if it sells for more than you have borrowed, once interest and finance charges have been subtracted. But even if the lender loses money on the deal, no debt is passed along to your estate or heirs.