When to consider Obamacare instead of Medicare 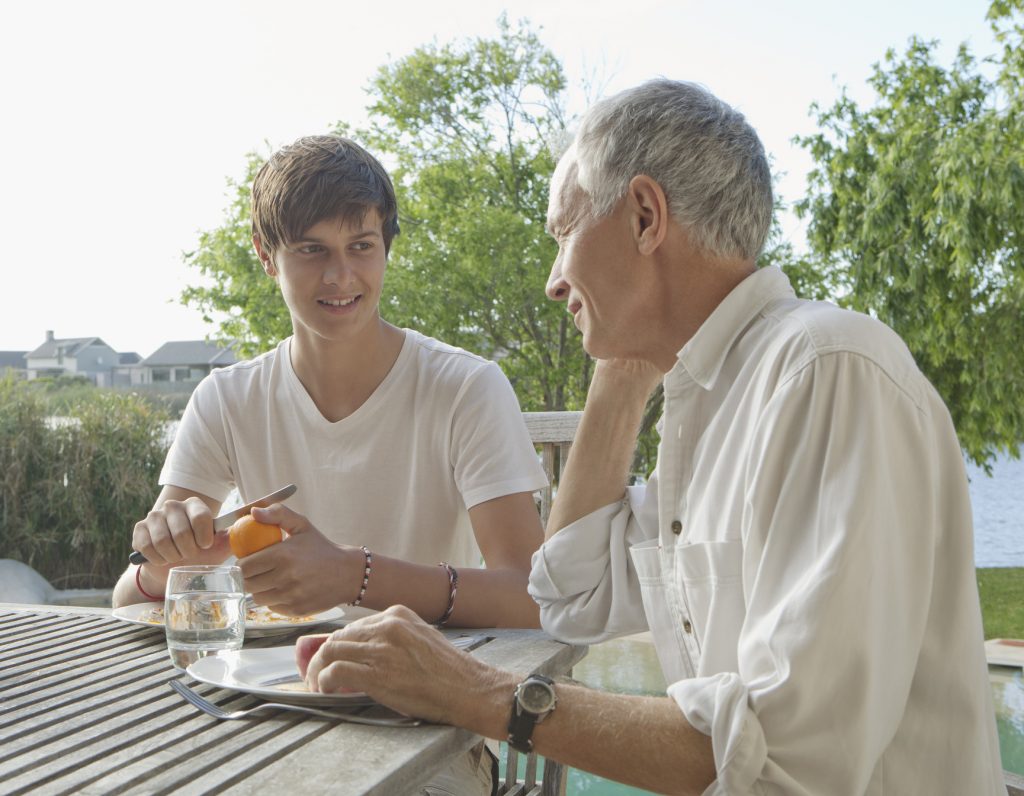 Editor’s Note: Journalist Philip Moeller, who writes widely on aging and retirement, is here to provide the answers you need in “Ask Phil.” Send your questions to Phil.

Parimal – N.J.: I am legally blind. I lost my job on July 8. My spouse, one son and I had medical coverage (although it was not very good) from my company. As I lost my job, my medical coverage will end soon. I have applied for disability, as I am 57 and blind, so getting another job is a huge challenge. My wife and son both work part time. He is 18 and cannot be considered a child and will attend college in the fall. Can you guide us in getting health insurance? I was planning to get my medical insurance from Medicare, my son’s from his college group medical plan and my wife’s from Obamacare or NJ Familycare. However, I think the premiums for three separate policies will be very high and that we will not be able to afford them.

Phil Moeller: Parimal, if the safety net should work for anyone, it should work for you and your family. Having said that, you face a tricky set of variables. These things nearly always take longer to resolve than people think. For example, qualifying for Social Security disability payments can take months. And after you’re on disability, it can take two years to qualify for Medicare.

So, the first thing I’d urge you to do is consider a COBRA health insurance policy that will continue your employer coverage, even if it’s not as complete as you’d wish. Once you’ve made sure your family’s health coverage won’t lapse, you can pursue longer-term solutions.

Because of your loss of income, my second recommendation is for you to pursue getting a family policy through the New Jersey state insurance marketplace that was set up by the Affordable Care Act (Obamacare, or the ACA). The federal government runs the NJ marketplace, so this is where you need to begin.

Because of your income, you should qualify for a family policy at reduced rates or, as your question suggests, qualify under Medicaid. New Jersey is one of the states that has expanded the eligibility for people who qualify for Medicaid to be covered under the ACA, and NJ Familycare handles this. Even though your son is 18, the ACA permits him to stay on your family policy until he’s 26.

Thus, your family should be able to get coverage at a reasonable cost, and this coverage may well be better than your employer plan. Even though you might qualify for Medicare under its disability rules, you are not forced to take it then. And it’s not clear to me that you will be able to find a better deal from Medicare than keeping your ACA coverage, at least until you turn 65. Best of luck to you and your family.

Amanda – Colo.: I just had a piece of hardware removed from my left leg from a hip surgery done in 2014. I was told that if I go back to the hospital for any reason within 90 days, say for a heart attack, that Medicare would not pay? This doesn’t sound right. A nurse coming to my house for check-ups said this.

Phil Moeller: No, that’s probably not right. Medicare covers hospital and skilled nursing facility expenses under Part A of the program, and even if you get Medicare through a private Medicare Advantage plan, it must offer hospital coverage as least as good as what’s required under Part A. Unless you’ve spent more than 150 days in a hospital since being covered by Medicare, you will still be covered. Medicare’s hospital deductible, which is now $1,288, may be charged to you more than once during a calendar year if you have a second hospitalization during the same calendar year that occurs more than 60 days since the end of your treatment period for your first hospitalization. This is known as a benefit period. Here are the details of how Medicare hospital insurance works.

Penelope – Md.: Whatever happened to the Social Security Administration Trust Fund?  This was to be an untouchable set-aside for paying benefits. President Lyndon B. Johnson borrowed from the fund to pay for Vietnam. Where are those monies? Why wasn’t a similar law passed for Medicare?  How is it funded aside from Medicaid?

Phil Moeller: The old line that I could write a book about this topic is doubly true, as I’ve now written books about Social Security and Medicare. For folks who would prefer not to settle down just now for a long read, here’s the CliffNotes answer.

The Social Security Administration trust funds have not been looted. Funds withdrawn from them for other purposes have been repaid. There are separate funds for Social Security’s retirement and disability programs. Both are funded by workers’ payroll taxes and both have been sufficient, to date, to pay all program expenses without tapping general revenues. However (there always is one of these in such answers), trust fund surpluses are invested in U.S. government securities, and as you know, we have an enormous overall federal deficit. In that sense, our lawmakers have already spent those surpluses as part of their deficit funding of government operations. Whether you include those trust fund securities as part of the official deficit is, at this point, sort of like arguing whether you should add a few deck chairs to the Titanic. It’s still going to sink at some point.

Medicare is much different. It, too, has a trust fund, but this covers only Part A hospital expenses. The costs for Part B (doctors, outpatient services and medical equipment) and Part D (prescription drugs) are heavily subsidized by general revenues and added roughly $275 billion to the federal deficit last year. Further, Part B and D expenses are projected to rise a lot in the future, far outstripping overall economic growth rates.

All three Social Security and Medicare trust funds are running out of money, and will not be able to support promised benefits for younger generations without significant program changes. This has been known for decades, but most lawmakers in Washington have preferred inaction and ideological finger-pointing to the tough, bipartisan job of hammering out workable solutions.

Mary — Va.: I am turning 65 in October and will be retiring. I am covered under two private insurances. Primary is through my husband’s employer (Federal Blue Cross and Blue Shield). Secondary is through POMCO, my husband’s former city job that he retired from and which has excellent rates. I am wondering if I am wise to not sign up for Medicare Part B? Both private insurances say they will keep me on should my husband die first. I don’t want to have to pay a fee for Part B should something change in the future but I also don’t want to pay for Part B if I don’t need it.

Phil Moeller: On the face of it, you have sufficient coverage through Federal BCBS and POMCO and don’t need Part B. If you want to invest a little time, however, I’d suggest you do some “worse case” research. If you required expensive surgery and a long hospital stay, how would you fare under your existing coverages versus adding Part B as well. Keep in mind that you already would have Part A, which covers stays in hospitals and skilled nursing facilities (it does not cover custodial care in nursing homes). Now add a couple if very expensive drugs to the list. Do your health plans cover against catastrophic drug expenses, as does Part D of Medicare?

Plerm – Calif.: I will be 54 this September. I work for a college and was on a high deductible plan for individuals until July 1, 2016 when I added my husband. Therefore, I am now on a family plan. The college puts in $2,200 for people with a family plan ($1,100 for individual plan) over the year. My husband will be working part-time starting Aug. 1 and will not be collecting Social Security until January 2017. Because the health savings account is under my name and from all that I have read, I don’t think this will affect him in any way once he starts collecting Social Security. Am I right?

Valerie – N.J.: My husband, who is 68 and still working, applied for Social Security benefits and immediately suspended. We did this so that I could receive the spousal benefit until I reach age 70, when I will collect my own benefit. When he filed, he had to sign up for Medicare Part A. Since he is not receiving any Social Security benefit, is he still eligible to contribute to his health savings account?

Phil Moeller: The interaction of Medicare and health savings account plans is a relative footnote in Medicare’s extensive rules. But it’s a footnote that continues to generate lots of confusion and questions.

Valerie, your husband is out of luck. Even though he has filed and suspended, he is still treated by Social Security as having filed. This means he must take Part A and is thus considered to be on Medicare. If he unenrolled in Social Security, on the other hand, he would not be required to take Part A. But doing so would invalidate your spousal benefits, so I wouldn’t advise it.

Martin – Calif.: I am at full retirement age and covered by an employer plan (HMO) I wish to keep. Can I sign up for Social Security without signing up for Medicare, be it Part A or B? I did not sign up for Medicare A or B, but at age 66, did Medicare automatically enroll me? Am I correct in assuming that the employer-provided plan would defer coverage to Medicare if they thought I was enrolled?

Phil Moeller: You must get Part A if you sign up for Social Security. When you do, Medicare sometimes also enrolls you in Part B. You can simply reject Part B and return the Medicare card you have been sent. Because of the potential for confusion, I think such matters always should be done with a Social Security representative (Social Security administers Medicare registrations). The laws of unintended consequences always worry me in these types of situations. What if you never received that Medicare card, for example, and find out later that you were enrolled without your knowledge? Yes, you’ve done nothing wrong. But unwinding such an unintentional mistake can still be arduous. If you have an employer plan, it usually pays primary to Medicare. If you work for an employer with 20 or fewer people, you must get Medicare when you turn 65; your employer plan will then become the secondary payer of covered health claims.