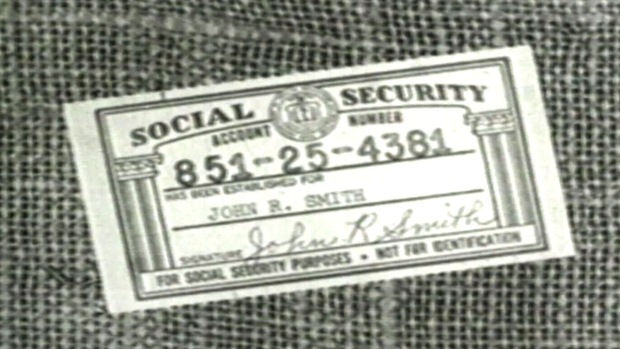 We are determined to continue it until the queries stop or we
run through the particular problems of all 78 million Baby Boomers, whichever comes
first. Kotlikoff’s state-of-the-art retirement software is available, for free, in its “basic” version. His considerable and often very useful output is available on his website.

Can we not generate revenue needed by raising the cap rather than the rate on all but the wealthiest individuals?

Larry Kotlikoff: You might start by looking at last week’s column for my answer to a question from George Herzog. As an overview, Social Security’s payroll tax is highly regressive. But its benefit formula is highly progressive. On balance, the system is progressive. So Congress may feel that the system is already progressive enough.

I think our entire fiscal system is much less progressive than is optimal, but also comes with outlandishly high disincentives to work. So I have proposed what I call the Purple Plans to fix our tax, SS, healthcare, banking, energy, and education problems.

Here is an excerpt from The Purple Social Security Plan:

Either of these options would be extremely painful. Imagine asking workers to pay another 3.6 percent of their pay to the system in exchange for no higher benefits or asking retirees, many of whom are entirely or primarily dependent on Social Security, to accept a 22 percent cut in their monthly check. But delaying such adjustments requires only larger tax hikes or benefit cuts down the road. The system is already experiencing financial stress. It’s running cash flow deficits (benefit outlays now exceed tax receipts) and can no longer afford even to send us our annual benefit statements. Read More.

Tammy Roy — Utah: My father just passed away and my mom is collecting disability until she can qualify for Social Security. Does she qualify for a survivor benefit from his Social Security? What is the best way to maximize the amount she can collect? If she loses the amount he was receiving every month, it will cut her monthly income by 75 percent.

Larry Kotlikoff: Tammy, first of all, I’m sorry for your loss. Given my limited knowledge of disability provisions, I’ve asked Jerry Lutz to weigh in. Here’s his answer:

Jerry Lutz: “If your mother is at least age 50 and receiving Social Security disability benefits, she should be eligible for widow’s or disabled widow’s benefits immediately. Although her survivor benefit will be temporarily reduced, the reduction will be removed when she reaches full retirement age. From then on, she will receive the higher of her own disability benefit amount or the amount your father was receiving.”

Walter Ward — Soldotna, Alaska: I have a complicated question. My wife is a federal employee who is planning to retire in two years at age 60. It appears that there is an ‘offset’ payment that she will receive in addition to her Federal Employees Retirement System (FERS) retirement, but only until age 62, “when Social Security kicks in.” I believe she is forced to take early Social Security benefits at age 62, instead of waiting until her full retirement age of 66, thus reducing the lifetime benefit amount. I am already retired and receiving two small retirement pensions from non-covered State peace officer employment, but I also have 22 years of coverage paid in on private sector employment. We are about the same age, but her estimated SS benefit is larger because of more years at a higher salary. Yet if she must take the early age 62 benefit amount, it lowers it below my full retirement age 66 amount. What would be our best strategy?

Larry Kotlikoff: Walter, I’m assuming that your wife paid Social Security taxes while working for the federal government. Prior to the mid 1980s, this was not the case.

If the FERS benefit drops at 62, it drops. It may drop based on a calculation that Federal Employees Retirement System (FERS) makes about your wife’s presumed Social Security benefit. But she won’t be forced to take her SS benefit early. Her own SS retirement benefit, which she can start to take at 70 if she wants, won’t be affected by either her FERS pension or your non-covered pension.

Your own SS benefit is affected by your receipt of a non-covered pension via the Windfall Elimination Provision (WEP). Your SS spousal benefit, based on your wife’s earnings record, will be affected by the Government Pension Offset (GPO) provision. Same is true with respect to your SS survivor benefit if your wife passes away.

Thomas Cochran: I receive Office of Workers’ Compensation Programs (OWCP) and Social Security Insurance (SSI) Disability benefits. Am I allowed to receive my state pension without reduction in my OWCP and SSI Disability?

Larry Kotlikoff: I sent your question to Social Security technical expert Jerry Lutz, himself retired. Jerry has kindly agreed to vet difficult questions for us. I asked him if the Windfall Elimination Provision (WEP) applies to disability benefits. I defer to his response:

Jerry Lutz: Yes it does, and there’s also a potential double whammy in the Workers’ Comp/Public Disability Offset provision.

In the case of most non-covered workers, if they are insured at all for SSDI, it is because they are working a second job. Consequently, their covered earnings are usually low, as is their ACE. So, not only is their primary insurance amount (PIA) reduced for Windfall Elimination Provision (WEP), they usually are fully offset due to the WC/PDB offset.

Also, if this person states they are receiving SSI *disability, rather than *SSDI, many times, they’re just using the wrong acronym. But if they really are receiving SSI, that’s a whole different animal. SSI just supplements other unearned income, such as workers’ compensation, up to a certain level. The current federal SSI income cut-off is $730. So, for example, if their WC/PDB was $500 and they had no other income, they could potentially receive $230 per month in Social Security benefits.

Hilary England — High Point, N.C.: I am 62 and on unemployment. My husband took his Social Security early. Can I claim spousal benefit without affecting my full social security benefit at age 66?

Larry Kotlikoff: No, if you take your spousal benefit before full retirement age (66 in your case), Social Security will force you to take your retirement benefit too. Both benefits will be reduced because you are taking them early.

If your excess spousal benefit is negative, Social Security will set it to zero, meaning you’ll get no spousal benefit and be stuck for the rest of your life with a 57 percent smaller retirement benefit than were you to wait until age 70 to collect.

The trick in your case to maximizing your lifetime Social Security benefits, assuming you have a high maximum age of life, is likely to be to wait until full retirement age and apply just for your spousal benefit and take your retirement benefit at age 70. By waiting to collect until age 70, your retirement benefit will start at a 32 percent larger value. The provision leading to this increase is called the Delayed Retirement Credit.

Ina Fargher — Tygh Valley, Ore.: I am starting a new job that is eligible for Public Employee Retirement System (PERS) in six months. I have contributed to Social Security most of my life and will be eligible for early benefits at 62 in two months. I worked for a PERS-eligible employer many years ago and was paid out when I left. If I start Social Security distribution in May of this year and then become PERS-eligible, will that reduce my SS benefit? If so, by how much? Can I buy back the PERS benefit or elect no if it cuts my SS benefit?

Larry Kotlikoff: Good questions! My belief is that your first PERS job, because it entails no eligibility for a pension during the time when you are going to be collecting SS, has no impact on your SS benefit. This new job is a different matter. As soon as you become eligible to receive a pension, you are going to come under the Windfall Elimination Provision (WEP), which can affect your own retirement benefit, and when you start receiving your pension you will get hit by the Government Pension Offset (GPO), which can affect the spousal and survivor benefits available to you on your current or former spouse’s covered work history.

However, if you have substantial earnings in covered employment — in your case, 30 or more years of earning $900 or more in such jobs, the WEP won’t affect you. The GPO will reduce your spousal and survivor benefits by two thirds of your new PERS pension. If your new PERS pension will be very small, this may not be a big deal for you. But you need to look at this carefully. If you elect not to get a pension from this new job, you will not, as I understand it, be affected by the GPO.