Why Older Entrepreneurs Are Crucial, Even in Silicon Valley 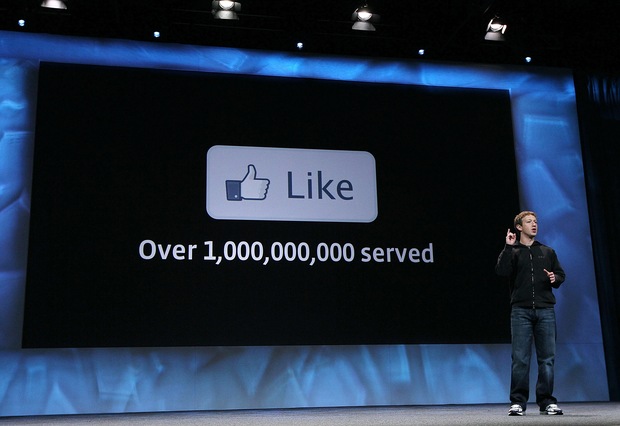 Facebook CEO Mark Zuckerberg founded his social media website from his dorm room at Harvard University when he was only 19 years old. As Silicon Valley investors search for the next “Zuckerberg,” they increasingly maintain a prejudice against older entrepreneurs. Vivek Wadhwa says the age discrimination in tech industries is a big mistake. Photo by Justin Sullivan/Getty Images.

A Note from Paul Solman: Silicon Valley entrepreneur Vivek Wadhwa is a favorite contributor of ours on Making Sense and The Business Desk. His most recent contribution, on Silicon Valley discriminating against women, brought a torrent of spirited affirmations and denials.

Now, he takes on a theme we’ve been following since January: older workers in America. They too are discriminated against, he writes, and once again, in supposedly meritocratic Silicon Valley. It’s a big mistake.

Vivek Wadhwa: It wasn’t long ago that age was equated with knowledge. The apprentice learned from the master and the disciple from the guru. Older workers earned higher salaries because of their experience.

Even today, we feel more comfortable with doctors, airline pilots, and Presidents who have grey hair. Yet older workers in many industries can’t even get interviews. When they do get job offers, these are often at lower salaries. In Silicon Valley, investors openly talk about their bias towards younger entrepreneurs — some argue that Internet entrepreneurs peak at the age of 25.

True, some older workers become complacent as they age. They become set in their ways, stop learning new technologies and believe they are entitled to the high wages they earned at their peak. Their careers stagnate for a valid reason. But these are the exception rather than the rule. Whether it is in computer programming or entrepreneurship, older workers have many advantages — they still are the experts.

I know from personal experience, when I was CEO of a technology company, that older workers were usually better at following direction, mentoring and leading. They were more pragmatic and loyal, and knew the importance of being team players. They had smaller egos than some of my young recruits did. They were the steadiest performers and stayed with me through the most difficult times.

As a professor at Duke University, I also researched entrepreneurship. My team found that the average and median age of successful company founders in a variety of fast-growing industries was 40. Twice as many founders were older than 50 as were younger than 25. And there were twice as many over 60 as under 20. The experience that entrepreneurs had gained, the contacts they made, networks they formed, their ability to recruit good management teams and their education give them their greatest advantage over kids fresh out of school.

Why then do investors in Silicon Valley prefer to fund entrepreneurs who are hardly old enough to shave? Because they believe you have to be young to understand emerging technologies like social media. They are looking for the next Mark Zuckerberg. In their minds, the profile of the “perfect” entrepreneur is someone smart enough to get into Harvard or Stanford yet savvy enough to drop out. One billionaire even urges talented young people to skip college, presumably so they don’t lose time before innovating.

MORE FROM VIVEK WADHWA:
Silicon Valley Discriminates Against Women — Even If They’re Better

To a degree, the fact that the cult of Silicon Valley has been built around young people makes sense — particularly in Web and mobile technology. The young have an advantage because they aren’t encumbered by the past. Older technology workers are experts in building and maintaining systems in old computer languages and architectures. They make much bigger salaries. Why should employers pay $150,000 for a worker with 20 years of irrelevant experience when they can hire a fresh college graduate for $60,000? After all, the graduate will bring in new ideas and doesn’t have to go home early to a family.

These graduates grew up in an era when the whole world was becoming connected. To them, the world is one giant social network in which they can play games or work with anyone, anywhere. The young understand the limits of the Web world, but they don’t know their own limits. Since they don’t know what isn’t possible, the Zuckerbergs can come up with new solutions to old problems. That is why they lead the charge in starting innovative mobile and Web companies.

So I’m not denying the advantages of the young in coming up with audacious new ideas. But it is the role of the old to implement them. After all, great ideas by themselves don’t lead to breakthrough technologies or successful companies. Ideas are a dime a dozen. The value comes from translating ideas into inventions and inventions into successful ventures. To do this, you have to collaborate with others, obtain financing, understand markets, price products, develop distribution channels, and deal with rejection and failure. In other words, you need business and management skills and maturity. These come with education, experience, and age.

Employers and investors who believe that people stop being creative as they reach middle age are dead wrong. Take Ben Franklin. He invented the lightning rod when he was 44 and discovered electricity at 46. Franklin helped draft the Declaration of Independence at 70, and invented bifocals even later in life.

Henry Ford introduced the Model T when he was 45. Sam Walton built Wal-Mart in his mid-40s. Ray Kroc built McDonald’s in his early 50s. Some of the most creative people of the century were also not young. Ray Kurzweil published “The Singularity Is Near” in his 50s. Alfred Hitchcock directed Vertigo when he was 59. Frank Lloyd Wright built his architectural masterpiece, Fallingwater, when he was 68. And let’s not forget the greatest innovator of recent times: Steve Jobs. His most significant innovations — iMac, iTunes, iPod, iPhone and iPad — came after he was 45.

Nobel Prize winners of the 20th century are also middle aged and getting older, as Kellogg School of Management economist Benjamin F. Jones has documented. He found that the average age at which they made their greatest innovations was not, as urban legend would have it, in their teens or 20s but when they hit 39. The largest mass of great advances — 72 percent — came in an inventor’s 30s and 40s, and only 7 percent came before the age of 26.

So it may be time to get beyond the fascination with the Zuckerbergs and put aside our prejudices. Older workers have a lot to contribute not only to our corporations, but also to startups.

Vivek Wadhwa is vice president of innovation and research at Singularity University, fellow at Stanford Law School, and director of research at the Center for Entrepreneurship and Research Commercialization at Duke University. He is the author of “The Immigrant Exodus: Why America Is Losing the Global Race to Capture Entrepreneurial Talent.”