Why Stocks Aren’t Safe in the Long Run 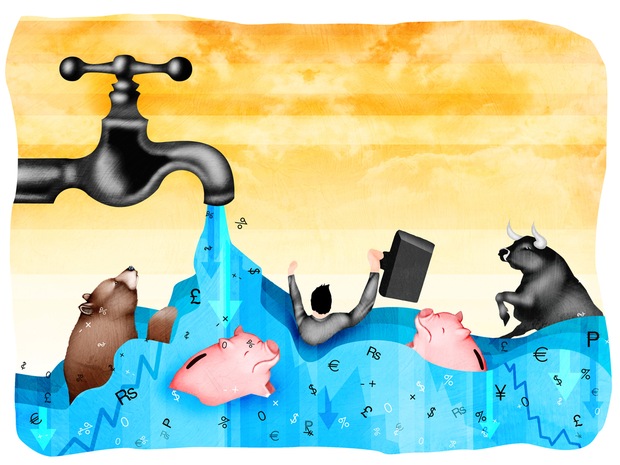 Image by photosindia via Getty Images.

Boston University economist, pension guru and longtime friend of Making Sen$e Zvi Bodie has been featured often here, most recently on I-bonds, and TIPS. You can see him on Making Sen$e here and on the NewsHour here.

We hadn’t heard from Zvi for a while. But we’ve known for years how irate he gets when “experts” peddle investment advice to the masses that isn’t grounded in economics. (Robert “Rich Dad, Poor Dad” Kiyosaki is a special non-favorite, especially when he gets airtime on PBS.) So it came as no surprise when we heard from Zvi recently, jubilant that finally the Securities and Exchange Commission is moving against a so-called expert. I asked Zvi to expand on his reaction for our readership. Here’s what he sent.

Zvi Bodie: As you and I have discussed many times before, Paul, there is no shortage of misleading and even fraudulent investment advice being foisted upon the public through the media, in free seminars, and in face-to-face sales pitches by so-called financial advisors. What excited me about this particular move by the SEC is that the target is not an obvious criminal like Madoff, or a self-aggrandizing con-artist like Kiyosaki, but a fellow who is apparently well-intentioned and fairly typical of most practicing investment advisers in the U.S. today. The SEC is claiming that the statistical information he used in his seminars is not valid and that he should stop using it in his communications with the public.

I am excited because this could indicate a turning point in the SEC’s approach to investor protection.
–Zvi Bodie

I am excited because this could indicate a turning point in the SEC’s approach to investor protection. Never before have I seen the SEC take action based on the scientific validity of claims made by investment “gurus.” It is about time. Misleading investment information in the media is routine; and sadly, trustworthy science-based information is the rare exception.

Zvi has been working on this stocks-are-risky-in-the-long-run thesis since the 1970s. He convinced me in the early ’90s, when he explained that if I wanted to preserve the money my wife and I had saved for retirement, investing in stocks was risky, and became riskier the longer the time period. Why? More time in which the stock market could crash. Since Zvi won me over, the market has validated him by crashing twice. Were one of those crashes to have occurred just when my wife and I started to need — and to withdraw — our retirement money and had it all been invested in stocks, we would have been one unhappy family indeed. More important, perhaps, is that the Zvi’s mentor, the aforementioned Paul Samuelson, advised me 30 years ago that a key metric for investing is sleeping well at night, i.e., not worrying. I sleep like a baby.

For everything you ever wanted to know about Zvi and his work, click here.