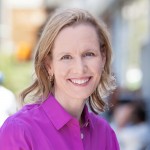 Why women are often put in charge of failing companies

Editor’s note: Women who break the glass ceiling — that unofficial barrier to professional advancement for women and minorities — sometimes face the “glass cliff.”

Below, sociologist Marianne Cooper of Stanford University explains how the glass cliff phenomenon, in which women are more likely to be selected for risky leadership roles, might have played a role in former Reddit CEO Ellen Pao’s departure from the company. A version of this article originally appeared on LinkedIn.

Earlier this month, Ellen Pao announced that she was dropping the appeal of her legal case for gender discrimination and retaliation against the venture capital firm Kleiner Perkins.

Observers have noted that Pao’s story brings to life some of the obstacles women can face in the workplace, especially when in leadership roles. For example, many have characterized Pao’s resignation from Reddit as an instance of the “glass cliff.”

The glass cliff is a phenomenon in which women are more likely to be put into leadership roles under risky and precarious circumstances.

Discovered by psychology professors Michelle Ryan and Alex Haslam, the glass cliff is a phenomenon in which women are more likely to be put into leadership roles under risky and precarious circumstances. By taking the helm during difficult times, their odds of failure are often higher.

Over the last 10 years, research in a variety of contexts has repeatedly documented the glass cliff.

A study of the 2005 general election in the UK found that in the Conservative party, men were selected to contest seats that were easier to win, while women were selected to contest seats that were unwinnable. Furthermore, an analysis of CEO transitions among Fortune 500 companies over a 15-year period found that white women, and women and men of color were more likely than white men to get promoted to CEO when firms were performing weakly. Another study found that when asked, law students were more likely to assign a problematic legal case to a female attorney than a male attorney.

What this research highlights is that not only do women get fewer leadership opportunities than men, but they also often get different kinds of opportunities. But why?

First, some evidence suggests that the selection of a woman can signal a change in direction, especially when a company has a history of all male leaders. For under-performing companies, selecting a woman can show that a company is implementing the kind of change that is sorely needed.

But when asked how desirable different characteristics were for managers of unsuccessful companies, the number of stereotypical female qualities (intuitive, understanding) outweighed the number of masculine ones.

These kinds of findings have led some to conclude that when we think crisis — we think female.

In times of crisis, more stereotypical feminine qualities, like being collaborative or good with people, are often seen as particularly important. Thus, it may be that women are thought to be more suitable in certain types of crisis situations, since they are believed to possess these kinds of social qualities more so than men.

In fact, research shows that feminine traits are considered to be especially important when a leader is expected to manage people, work behind the scenes to manage a crisis and “act as a scapegoat.”

The glass cliff-phenomenon results in negative consequences all around. For individual women leaders, being put in command when the odds of success are low can set them up to fail. Despite inheriting the problems, women in glass-cliff positions are seen to be fully responsible for the bad state of affairs. After becoming synonymous with a failure, career advancement can be undermined.

This glass-cliff dynamic can also serve to reinforce stereotypes and cultural beliefs that men are better leaders in the first place. When a woman is forced off the cliff, it can reaffirm beliefs that women aren’t good leaders anyway.

Interestingly, analysis of women’s and men’s reactions to the glass cliff mirrors some of the reactions of the predominately male Reddit community to assertions that the criticism of Pao was sexist.

When asked to read a newspaper article about a study of the glass cliff, women were more likely to recognize its prevalence and its unfairness. In contrast, men were more likely to, “question the validity” of the research and to “downplay the precariousness of women’s leadership positions.” Men were also more likely to “deny the existence of the phenomenon altogether than they were to explain it.”

Women are not the only ones confronting the glass cliff. Research has found that in the Conservative party in the UK, blacks and other ethnic minorities were also selected to run for harder-to-win seats than were their white counterparts. And an analysis of NCAA men’s basketball over a 30-year period found that minorities are more likely than whites to be promoted to become head coaches of losing teams.

In light of evidence documenting the glass cliff, why do you think many continue to deny that it exists?

Left: The glass cliff is a phenomenon in which women are more likely to be put into leadership roles under risky and precarious circumstances. Photo by REUTERS/Stephen Lam

Marianne Cooper is a sociologist at the Clayman Institute for Gender Research at Stanford University and is an affiliate of the Stanford Center on Poverty and Inequality. She is the author of "Cut Adrift: Families in Insecure Times" and was the lead researcher for Sheryl Sandberg's "Lean In."