Behind the Numbers: Why Dropouts Have it Worse Than Ever Before 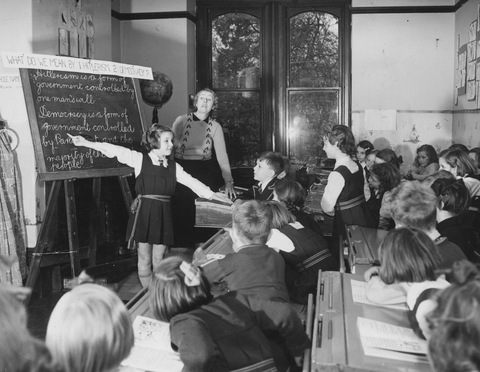 A new dropout crisis study reveals staggering statistics on economic gaps between those in Chicago and around state of Illinois with and without high school diplomas.

Earlier this week, our friends over at WTTW Chicago Tonight interviewed economist Andrew Sum about the study, released by the Center for Labor Market Studies at Northeastern University. As Sum highlights, these numbers add up to a long-term effect not only for American society, but also for dropouts for most of their lives.

Watch below for Chicago Tonight’s interview with Sum, director of the Center for Labor Market Studies:

-Racial differences: Among 19- to 24-year-olds in the City of Chicago

-15 percent did not have a high school diploma

-19 percent of males did not have a high school diploma

Clearly, the gap between those with diplomas and without is consistently worsening, but why? We followed up with Professor Sum to get more insight on the big picture.

Sum attributes this to a series of changes in the labor economy. For starters, job distribution and occupational changes have eliminated well-paying blue-collar work. Sum reminds us of a time in his hometown of Gary, Indiana, when young people could secure decent paying jobs in manufacturing and construction. These jobs simply don’t exist anymore.

While the demand for blue-collar work has declined, the supply of undocumented cheap labor has increased. The bottom of the labor market is now flooded with undocumented immigrants, greatly decreasing the opportunity for native-born high school dropouts.

“Society benefits from cheap services, but the dropouts lose out,” Sum said. And he claims that is particularly true so for black and Hispanic males.

In the past, employers were more willing to overlook the lack of a diploma. “They would have given you a chance if you didn’t have a diploma,” said Sum.

Women and the next generation

Although males in Chicago were twice as likely to drop out than females, female dropouts experience lower employment rates and make less than their male counterparts. The lifetime earnings for men without diplomas in Illinois is $600,000 and $400,000 for women. These trends carry on to the next generation, making upward mobility difficult.

“The next generation bears a huge burden in terms of schooling, labor market success, and the ability to get married,” Sum explained. According to a study that tracked 14-17 year-olds over a ten-year period, those living in a poor family headed by a single mother, the likelihood of males with Bachelor’s degrees was 1 in 100, and 3 in 100 for women.

Nationally, more than 1 million students are expected to drop out of high school every year, leading to higher rates of poverty, unemployment and incarceration. According to Sum, much like a criminal record, dropping out “haunts you for the rest of your life.”