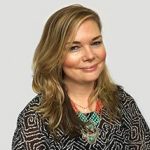 Don’t email like you text, and other tips for writing to a professor

Somewhere between birth and college, students hopefully have learned how to compose concise, grammatically correct and contextually appropriate emails. Often they haven’t. So, to head off 3 a.m. need-your-help-now emails from Jake No-Last-Name, many professors explicitly teach students how to email them at the start of the academic year.

A number of professors use specific reference documents.

Annemarie Perez, an assistant professor of interdisciplinary studies at California State University at Dominguez Hills, refers students to “netiquette” guidelines from the Wellesley College Project on Social Computing. The guidelines were drafted, in part, because students — not just professors — expressed anxiety about how to email faculty members, especially ones they didn’t know.

Perez said some students write emails like they text. She’s also gotten a few one-line emails from personal accounts that didn’t include a student’s full name or which class they were in. Hence the netiquette guidelines, which parallel those in other, similar documents.

“Writing an effective email is a good skill to have, and knowing what sort of style or tone to use saves them for worrying about how to do it,” Perez said. “I think it makes it more likely they’ll write to me when they need to, which is what I want them to do. I don’t see why students would be expected to figure out the form and tone on their own — I remember a million years ago in the 1980s being taught how to write a memo and business letter as part of a high school class.”

Paul T. Corrigan and Cameron Hunt McNabb, the associate professors at Southeastern who wrote the ever-popular Inside Higher Ed piece on emailing professors, said that their essay has been printed in teaching materials and translated into Spanish for use at the Universidad de los Andes in Colombia. Four years on, they said, the problem is still more about style than substance.

It’s “more about fit than quality,” Corrigan and McNabb wrote in a joint email. “Even the ‘worst’ emails we ever get from students actually tend to share a lot in common with the text messages we ourselves send in our daily lives — brief, informal, lightly punctuated, peppered with emojis. But what fits in one context does not in another.”

Faculty members should still be teaching students how to write emails, they said, even if it seems “too elementary.” And if “we teach the true lessons of writing emails — which are not simply how to use a subject heading but about how to communicate with other human beings — then we are actually teaching very advanced skills.”

Rhetorical lessons on genre, context, audience and purpose “are never truly finished,” they added. “In our own professional lives, when we have important emails to write, we get colleagues to read drafts and give us feedback before we hit ‘send.’ If we still seek help with emails, then our students probably need it, as well.”

The ‘rules’ for emailing your professor

In general, email reference documents recommend treating messages to professors something like business letters (per Perez’s point), at least until students get to know the professors’ preferences. The idea is that it’s always better to err on the side of formal rather than informal.

“In our own professional lives, when we have important emails to write, we get colleagues to read drafts and give us feedback before we hit ‘send.’”

Subject headers should be informative — no “hey professor,” but rather, “Question about research paper due Nov. 1 in History 101.” And while professors may like being called “Professor” or even “Doctor,” they want their last names attached. Online resources don’t always recommend against “Mr.” or “Ms.” But several female professors told Inside Higher Ed that they dread “Mrs.”

What about salutations? Many professors use “Dear,” which may seem strange to students. “Professor Jones,” with a simple comma, is probably fine. “Hi” is sometimes all right, but “Hey” isn’t.

Crucially, students shouldn’t expect an instant response — even though they may be conditioned to expect one. Some resources say to give professors 24 hours to respond, and not to send a follow-up email too soon. Implicit in that advice is, of course, not waiting until the last minute to get questions answered. And always thank professors for writing back.

Perez doesn’t mind emojis — sometimes she uses them, too. But most resources recommend against them and text-type abbreviations, such as “LOL,” as they suggest the kind of relationship that doesn’t exist between professors and new students. As with a business letter, students should use correct grammar and punctuation, break up paragraphs and proofread.

Students should also get to the point. Many professors have hundreds of students and as many emails to field every day. What do you need? Ask for it politely — and make sure the answer can’t be found elsewhere, like the syllabus. Don’t rant or be insulting. Make any requests reasonable and respectful of professors’ time. And try to keep emails to one page or “screen” in length.

Corrigan and McNabb also recommend adding a “touch of humanity.” It might seem counterintuitive, given the emphasis on formality. But they say that some of the “most effective emails are not strictly business.” Avoid obvious flattery, they warn, but “you might comment on something said in class, share information regarding an event the professor might want to know about or pass on an article from your news feed that is relevant to the course.” Such “flourishes, woven in gracefully, put a relational touch to the email, recognizing that professors are not just point keepers but people.”

Corrigan and McNabb said that that the biggest thing for students and professors to remember is that emails “are not about the ‘rules.’” Instead, they reiterated, emails are about “communicating with other human beings. If we all start there, we can have grace for each other’s missteps.”

Still, they said, the “second biggest thing” to remember is that “expectations,” if not rules, “do exist and are often known to professors but secret to students.” That’s “true about so many things in academia, including expectations for discussion, for research, for critical thinking, etc. If we mind these gaps between what professors expect and what students are aware of, we can help students bridge from where they are to where we would like them to go.”

Case in point? Corrigan and McNabb said that a student once sent one of them an email with “Community service form” in the subject line. The entirety of the actual email read, “Please send me the form this evening,” with no end punctuation.

“When we responded, we first shared the necessary forms but we also added a link to our essay on writing emails with a note, saying, ‘Also, I think that you will appreciate and find useful an essay Dr. __ and I recently published.”

The student responded, “This is incredibly funny” and “Thank you for correcting me in my amateur ways. / Most sincerely, / ___.”

Emails are about “communicating with other human beings. If we all start there, we can have grace for each other’s missteps.”

Others dislike pointer-style resources. Jesse Stommel, a senior lecturer in digital studies at the University of Mary Washington, warned against advocating broadly “for one specific way students should address teachers.” The relationships between teachers and students are “idiosyncratic and influenced by the pedagogical approach of individual teachers, the institutions where they work and the specific courses they teach,” he said. “And teachers from marginalized communities have different challenges than those with more privilege. There is no one and no easy solution.”

Too much of the conversation around email etiquette is focused on how students address teachers instead of how teachers address students, Stommel added. “Both are equally important,” as professors “hold a lot of power over students, and so how teachers communicate with students has a direct effect” on student learning. (To that point, a humorous 2017 Twitter thread by @collegestudent poked fun at professors’ one-word answers to students’ thought-out emails.)

Students — as people — will make mistakes, Stommel said, “because teaching and learning is hard.” Patience is important, as is educating each other and creating “educational spaces where each of us feels comfortable setting boundaries and talking directly about those boundaries.”

Colleen Flaherty covers faculty issues for Inside Higher Ed. Prior to joining the publication in 2012, Colleen was military editor at the Killeen Daily Herald, outside Fort Hood, Texas. Before that, she covered government and land use issues for the Greenwich Time and Hersam Acorn Newspapers in her home state of Connecticut.