For some colleges, COVID-19 ‘accelerated innovation’ in how to adapt

UNITY, Maine — Like many campuses around the country, Unity College is silent, and not only because it’s buried under a thick covering of snow.

The tiny school, which focuses on environmental studies, has gone entirely online in response to the pandemic, and its dorms and classroom buildings are deserted.

“What COVID did is it accelerated the innovation.”

Unlike many colleges, however, Unity isn’t waiting for things to go back to the way they were before this year, when higher education was already imperiled by enrollment declines and revenue shortfalls.

It and a handful of other institutions are transforming themselves permanently, using lessons of the COVID-19 era to adopt or speed up dramatic innovations in a sector that in normal times is very slow to change. 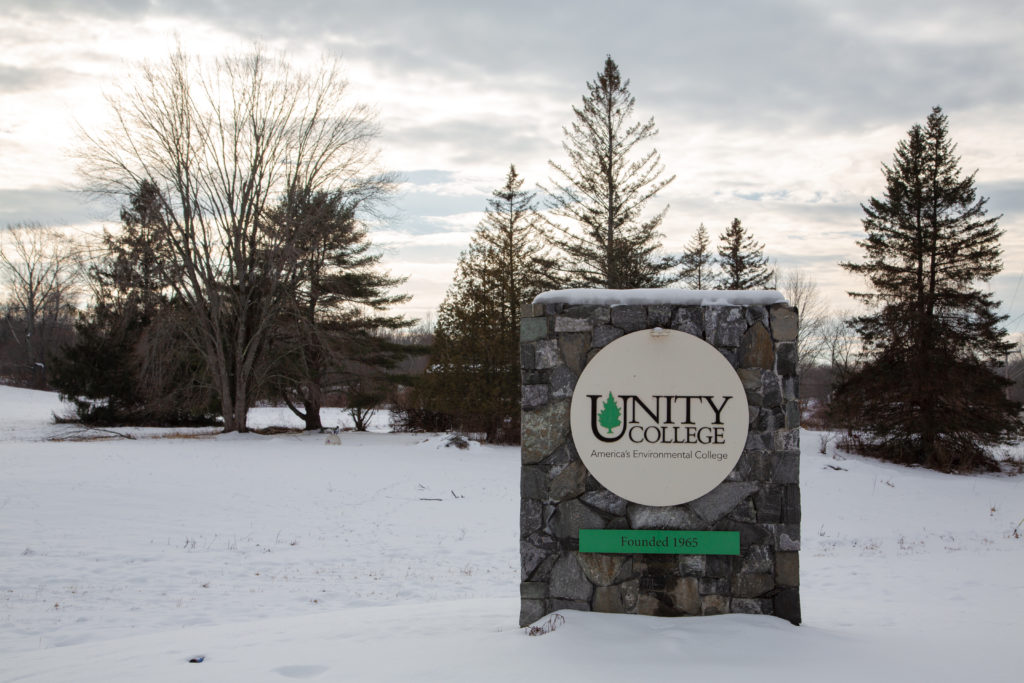 A quiet campus at Unity College during the Coronavirus pandemic in Unity, Maine. Photo by Molly Haley

“What COVID did is it accelerated the innovation. Because in higher education we’re about tradition over innovation,” said Melik Peter Khoury, Unity’s president, casually dressed in a sweater in a conference room of the administration building.

Beneath the quiet of the campus, the college has been busy drastically revising its academic calendar, reducing its prices and altering the way it provides education, so that courses are offered both in-person and online, not just during the pandemic, but forever.

Under a plan given formal approval by the board of trustees in August, the school moved away from two semesters for undergraduates, one each in the fall and spring, in favor of eight five-week terms, year-round, during which students can take one or two courses at a time, either in person or online.

Related: How higher education’s own choices left it vulnerable to the pandemic crisis

Rather than having to come up with a full year’s worth of tuition, students can pay by the term. They can apply and enroll whenever they want. And the price is falling. It’s now $550 in tuition and fees per credit hour for in-person courses and $470 for online ones. That compares to around $1,255 in tuition and fees per credit hour at other private colleges and $352 for in-state students ($901 for out-of-staters) at public universities.

While other colleges struggled this fall with a 2.5 percent collective drop in enrollment, according to the National Student Clearinghouse Research Center, Unity welcomed its biggest-ever entering class. By this month, it announced that it was adding three new bachelor’s degree and two master’s degree programs.

A few other institutions have also made big moves during the pandemic. Some have acquired smaller, more vulnerable schools, increasing their enrollment and widening their offerings in ways they hope will better position them in the intensifying competition for new students. Several have collaborated to find new streams of income, including by offering more kinds of nondegree credentials.

University innovation specialists “have never been as popular as we are now, because everybody realizes the old model doesn’t work.”

Metropolitan State University of Denver launched a Skills Lab to quickly retrain people who lost their jobs, at no charge; demand was so great, the university will keep it going permanently. Among other benefits, administrators there see the Skills Lab as a way to steer people into its other credential programs.

The pandemic is “a complete opportunity” to try ideas like this, said Terry Bower, the university’s associate vice president of innovative and lifelong learning.

She and her fellow innovation specialists “have never been as popular as we are now, because everybody realizes the old model doesn’t work.”

Still, said Bower, “There will be dinosaurs who won’t change.”

The challenges they face are only getting worse.

Declines in enrollment and the response to COVID-19 have cost universities and colleges more than $120 billion, the American Council on Education estimates — a figure it says continues to rise. Some 560,200 fewer undergraduates enrolled in colleges and universities this fall, according to the NSCRC. 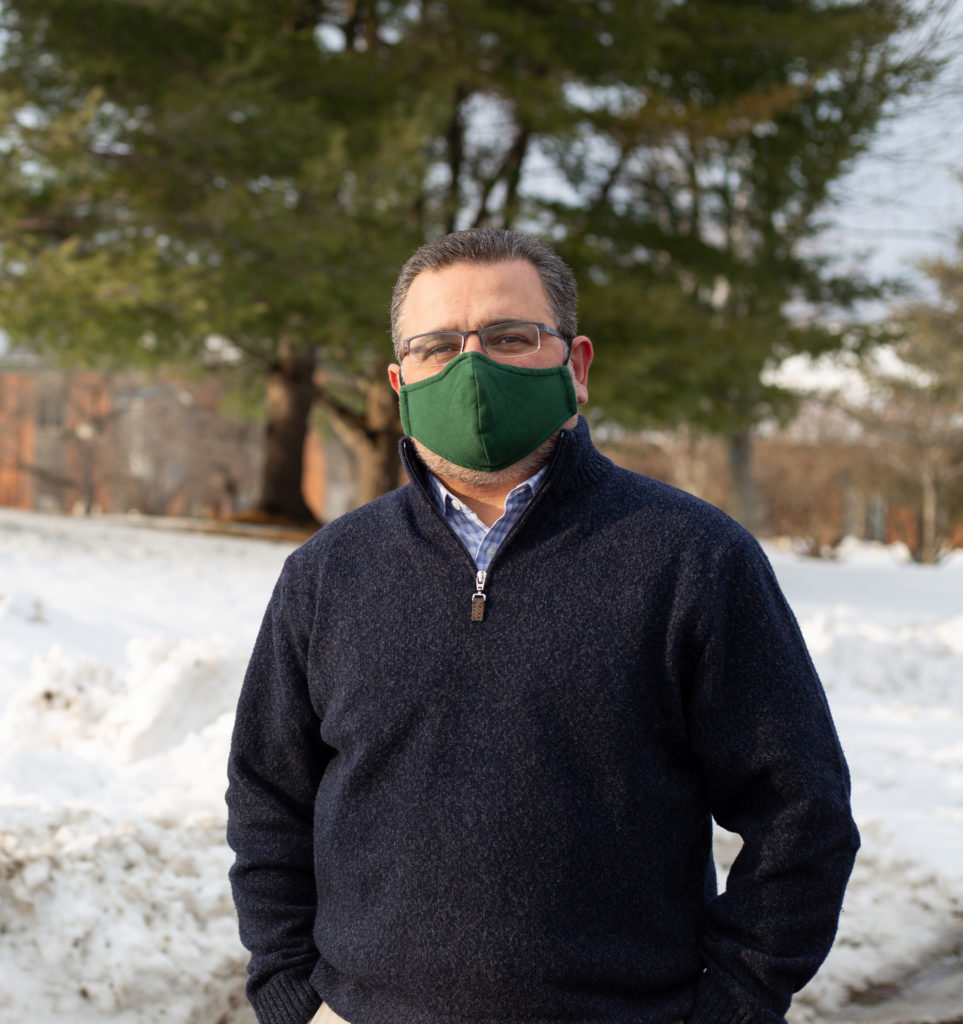 Almost all private, nonprofit institutions have seen their revenues drop, a survey by the National Association of Independent Colleges and Universities found.Even before the pandemic, more than 500 public and nonprofit colleges and universities showed signs of financial problems, according to the Financial Fitness Tracker produced by The Hechinger Report using federal data. More than 50 closed or merged in the last five years, including at least eight that have closed or announced they will close since the start of the pandemic.

New figures suggest that another big problem lies ahead: a falloff in the number of 18-year-olds, which will squeeze enrollments yet again after 2025.

More than two-thirds of college and university presidents say the long-term financial viability of their institutions is now among their most pressing concerns, according to a survey by the American Council on Education.

Many are responding with cuts. George Washington University laid off 339 employees. Marquette University plans to shed at least 225 faculty and staff.

The University of Evansville in Indiana has proposed eliminating 17 majors and its entire philosophy, religion, music and electrical engineering and computer science departments — and, with them, at least 35 faculty positions — it announced in an email to staff. The University of Vermont has proposed shutting down its departments of classics and geology and 27 majors, minors and other programs.

Unity, too, laid off some employees in the last few months. But, Khoury said, “You’re not going to cut your way through this. You have to transform.”

Two institutions in New York, the Parsons School of Design at The New School and New York University’s Tisch School of the Arts, are together creating so-called survey courses in practical subjects such as film and television industry essentials and the business of fashion. Shorter, online, “try-before-you-buy” versions of full-fledged courses, they produce revenue for the universities while students earn certificates.

Five more courses will be added in the spring.

“It’s a way that prospective students can get an experience of the kind of subjects and offerings that we teach and walk away with some substantial learning, and if they are interested then apply for admission to a full program,” said Anne Adriance, senior vice president for marketing and business development at Parsons.

“It’s cheaper for the students and a pipeline into our undergraduate or graduate programs,” Adriance said. “It works as a recruitment vehicle that also generates tuition revenue for us and a learning experience for the student, so it’s a win for everybody.”

When she talks to her classmates at Harvard and friends at other colleges, “they don’t seem like they’re having too great a time either.”

A few universities and colleges have moved ahead during the pandemic with acquisitions of smaller, shakier ones they hope will fortify their own standings.

“There are always opportunities,” said Michaele Whelan, provost and vice president for academic affairs at Emerson. The university has begun “a whole brainstorming exercise now about the future and how COVID is changing learning and what are some of the unexpected — quote, unquote —benefits that are arising out of it.”

Willamette University in Salem, Oregon closed on its acquisition of the Pacific Northwest College of Art, picking up the art school’s programs, faculty, students and campus in Portland, 45 miles to the north, where it will consolidate several other offerings, including data science and business. Willamette students will now be able to take art courses, and the incoming art students can enroll in Willamette’s classes in arts management and computer science-related topics.

Among other things, the university hopes that broadening its academic portfolio will make it more attractive to prospective students, Willamette President Steve Thorsett said. 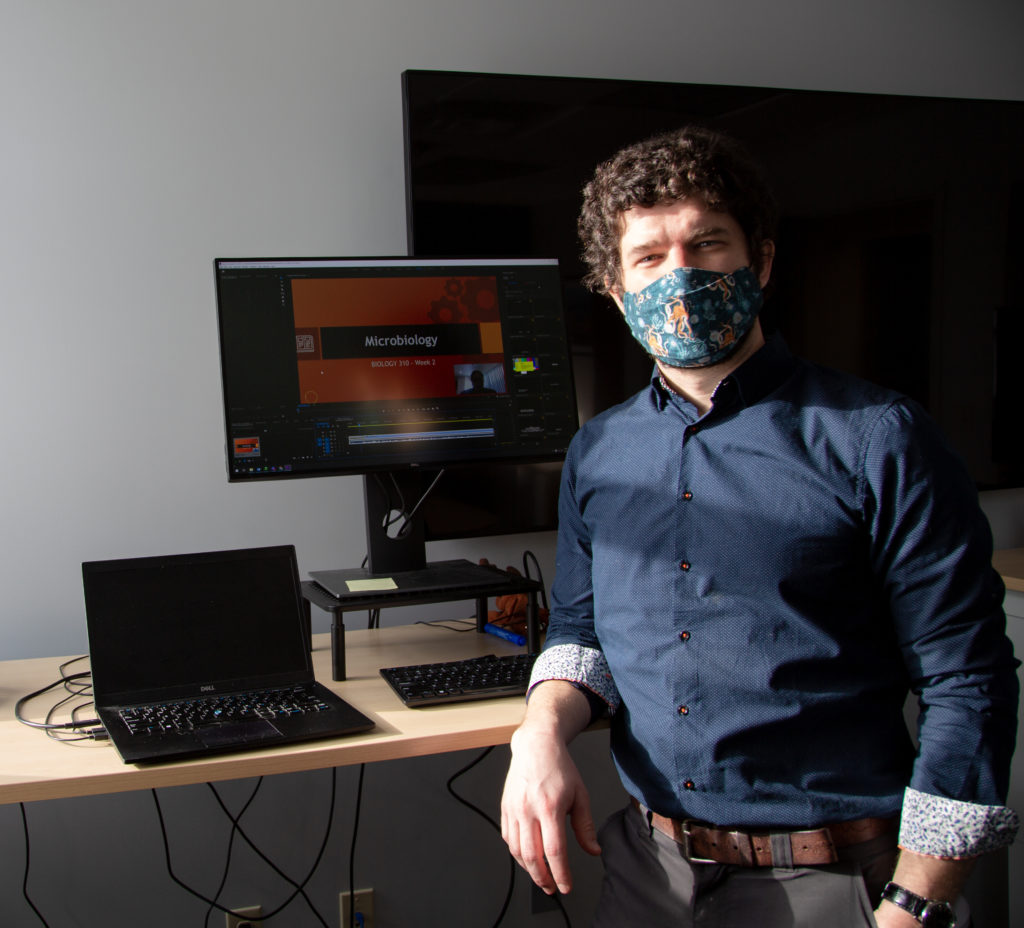 Chris Malmberg, Director of Distance Education Instructional Design for Unity College, at their Pineland Farms office in New Gloucester, Maine. During the Coronavirus pandemic Malmberg largely works from home, but comes into the office once a week and works solo. He would normally have a team of three others in the room with him. Photo by Molly Haley

“The pandemic will be over one day and we want to be positioned well for that post-pandemic world,” he said.

Expanding enrollments through acquisitions without significantly increasing central office staffs also means that larger institutions can lower their costs per student, Thorsett said. “It’s a way to be more efficient without fundamentally changing the student experience.”

That’s also the strategy behind an unusual collaboration among universities and colleges in and around Hartford, Connecticut, where nonprofit Goodwin University and for-profit Paier College of Art are teaming up with the University of Bridgeport.

The plan will let students at all three schools take courses at the others in what Goodwin President Mark Scheinberg likens to an academic food court. And while the institutions will each remain independent for now — Bridgeport, which has long run operating deficits as enrollment declined, will eventually be absorbed by Goodwin — they’ll reduce their costs by sharing security, housing, dining and other services.

More than two-thirds of college and university presidents say the long-term financial viability of their institutions is now among their most pressing concerns.

“What makes it interesting is that we’re doing it in this stressful time in higher education,” Scheinberg said. “You really are taking a chance against the grain.”

“We all have duplicative staffs, every single one of us, and there’s a high degree of skepticism when you try to share those things,” Scheinberg said. But “this is a difficult time. Higher education is not a healthy industry. If we don’t do these things, we are doing that at our own peril.”

Adriance noted that the same could be said of many sectors right now. “If you look at any business, any industry, we’re all having to rethink how we do things,” she said.

Higher education, she said, is “an industry that needed to make changes, and like any terrible crisis, [the pandemic] forces changes that should have been happening anyway to happen faster.”

This story about COVID-19 and college innovation was produced by The Hechinger Report, a nonprofit, independent news organization focused on inequality and innovation in education. Sign up for our higher education newsletter.

Left: Chris Malmberg, director of Distance Education Instructional Design for Unity College, at their Pineland Farms office in New Gloucester, Maine. During the Coronavirus pandemic Malmberg largely works from home, but comes into the office once a week and works solo. He would normally have a team of three others in the room with him. Photo by Molly Haley

How the pandemic is shaking up college admissions and testing