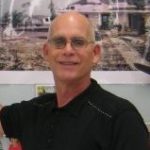 Opinion: ‘Freedom’ is why I ask my students to stand for the Pledge

As an educator, “Please stand for the Pledge of Allegiance” was not a phrase I thought would ever come under scrutiny.

In my 28 years of teaching, and long before the NFL protests in recent months, students had shared reasons why they did not stand for the Pledge of Allegiance, including religious reasons. I used these occasions as teaching moments to let students know that the First Amendment of the U.S. Constitution guaranteed the freedoms of religion and speech. I explained that many people had died in order to protect those rights.

While I believed the students were justified in their actions in these cases of religious liberty, I do not feel the same way when it comes to the NFL protests.

Last year, my final year as a high school teacher before retiring, I had two students who decided to take a knee during the Pledge of Allegiance. I wondered why and framed the question in a way they might not have expected.

Opinion: I will not pledge allegiance until America does better
By Ricky House

“Who died for you that gave you the right to stand or not?” I asked.

“No one,” the puzzled-looking students replied.

“I think you are mistaken. Many service members died in order to protect our country and give us our freedom. Some of them may have been members of your family or mine.”

The students looked around and shook their heads. Yes, that teacher mode was now flowing. I felt it my obligation to let students know something personal about my life, something I hoped they would never forget.

“You have the right to decide to stand or not or to take a knee, but you should know that people around you have strong feelings about the issues and made sacrifices for your freedom and your rights.”

I let them know that my father and all my uncles fought in World War II or the Korean War and that my brother in-law fought in Vietnam and my son-in-law completed two tours in Iraq and one in Afghanistan. Personally, I did not serve, but I am conscious of the critical role the military has played throughout my 64 years.

For the past 29 years on Veterans Day and Memorial Day, I read my grandmother’s poem, “Our Son,” to my classes. It is about my mother’s brother, my uncle. He was married and the father of a 5-month-old son when he died at age 19 on July 20, 1944 (the same day an assassination attempt on Adolph Hitler was unsuccessful). Lester Bidewell wrote a letter every day to his parents and they knew that something happened to him when the letters stopped coming.

“You have the right to decide to stand or not or to take a knee, but you should know that people around you have strong feelings about the issues and made sacrifices for your freedom and your rights,” I recall saying.

Although I wanted the students to know how I felt, I also know that my teacher-knows-best-mode may not be a great strategy when you are trying to reach young people. I needed to try to understand the students’ point of view, and I think that made a difference with them.

The students explained that the football players were kneeling because of issues related to Black Lives Matter, including the deaths of several unarmed black men by law enforcement. They said they wanted to show their support for the movement and felt they were not disrespecting the flag because they were kneeling.

I told them that I understood and have had a number of students and friends who said they were frustrated to live in a society in which “DWB” (“Driving While Black”) was a crime.

But I also wanted them to see that the lives lost fighting for freedom in the American Revolution, the Civil War and the Civil Rights Movement, should also be respected.

I wanted them to understand what they were doing and why, because freedom isn’t something we can take lightly.

David Jungblut taught 9th grade science at Oakcrest High School in Hamilton Township, New Jersey for 26 years before retiring. He continues to teach science at the community college level. Jungblut developed a hurricane-focused curriculum based on his time in Louisiana following Hurricane Katrina.