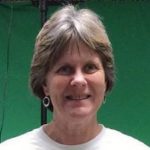 Opinion: How the teacher walkouts became the perfect civics lesson for my students

I teach broadcast journalism to high school students in Louisville, Kentucky — the latest on the growing list of states where teachers are fighting for adequate funding for public education.

My school was on spring break, but when we returned Monday, April 6, the excitement was palpable. And then we heard about the plan to protest at the Capitol on April 13 when the Legislature was back in session.

It was the only topic students could talk about. Even the ones who are usually silent were finally interested in something. Are the teachers going to do it again? Do you think we’ll have school on Friday?

My job is to teach students to ask good questions and to keep their ears to the ground and to always look and listen for the bigger stories to tell. As a PBS Student Reporting Labs’ Connected Educator, my students learn to research and have healthy debates about issues that not only affect them now, but in the future.

Most of all, I prepare them to go out and “chase” the bigger stories. You know, the impactful stories that aren’t just about their school or their neighborhood, but about those things that everyone has a stake in: like the unifying issue of public education, or most recently, school safety.

We’ve all watched those incredible students from Parkland, showing that youth voice matters, that their voices matter. They have shown the world that civic engagement is messy, but must be hands-on, out front and center, and most of the time, very loud.

Project Based Learning (PBL), which many of us once referred to as hands-on learning, is the whole essence of student journalism. It’s the students “doing” what they’ve been taught. As a teacher of storytelling, I give them the “backpack” of tools through lessons, but in the end, it’s their story and their work. I simply can’t do it for them. There is no better way to learn and no better way to grow in their craft.

So, this story, the fight for Kentucky public education was big. This story was different for my students. This was affecting their teachers, including me. It’s just not true that students don’t care. The vast majority of them do. My students had questions — “Why?” being the biggest one. Some knew the reasons, but so many didn’t. We watched the footage from West Virginia and Oklahoma, which helped their understanding.

It’s just not true that students don’t care. The vast majority of them do. My students had questions — “Why?” being the biggest one.

I told them we would be ready to go this time. I was not going to let this story pass them by. The opportunity for my students to practice their photojournalism skills with their teachers at the Capitol was only going to happen this once. Talk about a good civics lesson. They were going to get that hands-on, real-world experience that no one can simulate in a classroom.

When they saw the crowds and heard the roars at the Capitol, they stopped and scanned and plotted and planned their moves. I looked at the producer, a wide-eyed 14-year-old and said, “This is your story, I’m following you.” 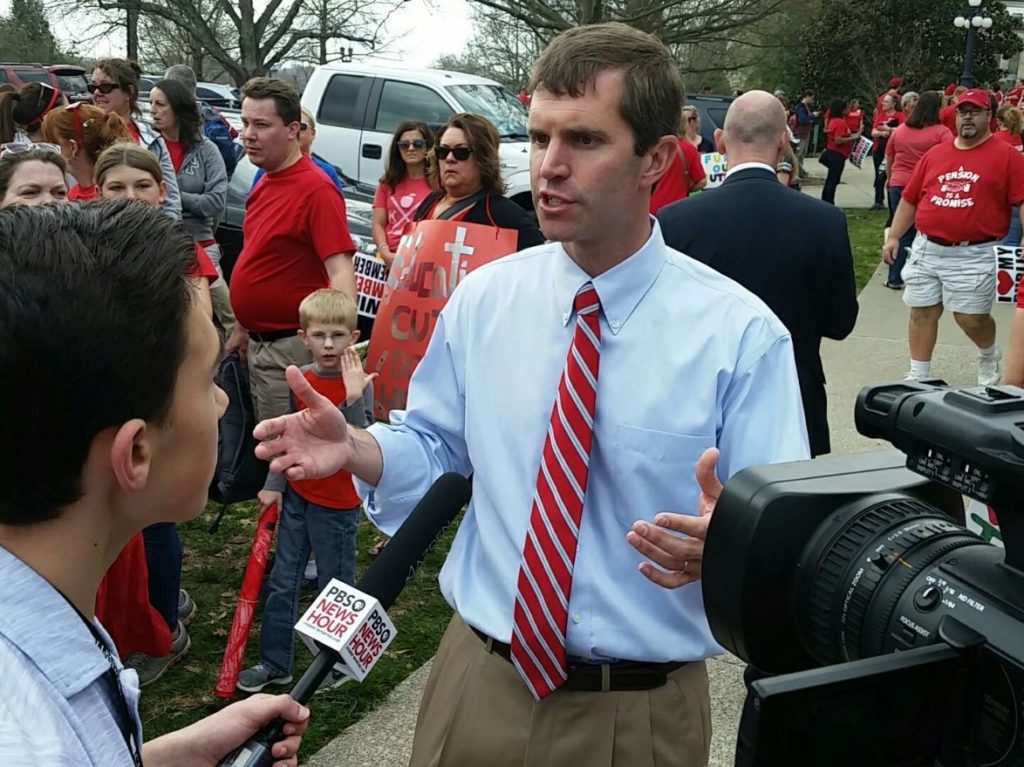 It was my turn to watch them taking turns getting the interviews. When I saw that the young man, my student, had stepped up and asked the state attorney general for a minute of his time in such a professional manner, I knew it was time to stop hiking around behind them and let them finish getting what they needed.

You see, I have had students mingle with Secret Service during a presidential visit, but this day was different. I wasn’t afraid to let go of the reigns. In the end, we all have to let go, and let our kids run with that “backpack of skills” we give them. I promise you, they won’t disappoint.

Mary Dunn is a broadcast journalism teacher and a PBS Student Reporting Labs Connected Educator at Pleasure Ridge Park High School in Louisville, Kentucky. She has a Masters in Business Administration and a Masters in Education Leadership. Mary taught elementary school before getting her MBA, which allows her to teach high school Technology and Business. She is also a small business owner. In her spare time, Mary, who says local city government is very important to her, is the chairperson for her city's Board of Adjustment. When she's not working Mary tries to keep up with her seven grandchildren. Mary has been teaching for 17 years.

What’s different about this wave of teacher strikes