‘The lack of faculty is going to kill our rural schools’

WILLISTON, N.D. — From a window in the Williston State College petroleum technology laboratory, in the heart of North Dakota’s oil country, Alberto Bellina can see a Halliburton oil complex tucked against snow-covered hills.

Bellina teaches at the college. But unfortunately for rural schools like Williston State, he’s looking at his future.

“Let’s face it: A guy who’s doing my job out in industry is probably making twice what I’m making here,” said Bellina, a former oil industry worker now teaching petroleum technology. His wife and two children live 1,500 miles away in Houston and he said he’ll probably return to the industry once he finishes the master’s degree he’s working on while teaching. “We all have to think of our family first.”

Rural colleges have always had trouble attracting instructors in most disciplines, but the outlook is particularly bleak in vocational programs.

Rural colleges have always had trouble attracting instructors in most disciplines, but the outlook is particularly bleak in vocational programs. Nurses or electricians can make far more in the private sector than a college can pay them to teach, and being in remote locations with fewer experienced workers to tap as instructors doesn’t help.

That leads to a skilled worker shortage that spells trouble for the schools as well as for local businesses.

“I would put it at a crisis situation,” said Randy Smith, president of Sisseton Wahpeton College, a 250-student tribal school in rural South Dakota, and the president and director of the Rural Community College Alliance. “The lack of faculty is going to kill our rural schools.”

A rancher, Smith has experienced the worker shortage himself.

The problem threatens not just colleges and local economies, but the national economy as well. The United States is facing a dramatic shortfall of skilled workers, and the economic-modeling company Emsi says a huge wave of retirements will hit blue-collar industries particularly hard in the next few years.

There are about 30 million jobs that pay at least $55,000 per year that don’t require bachelor’s degrees, reports Georgetown University’s Center on Education and the Workforce. But many require some training at a community college or other technical program; without vocational instructors to teach those courses, the economy in some places could stall.

The challenges have pushed rural colleges to experiment with new ways to attract and keep teachers. 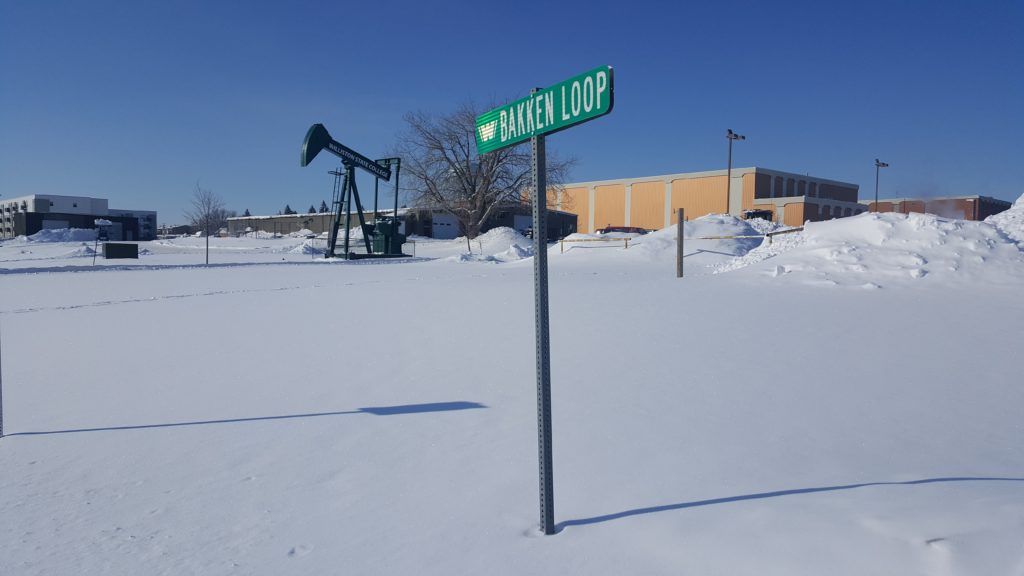 Oil references are everywhere at Williston State College, at the heart of North Dakota’s Bakken oilfield. Photo: Matt Krupnick for The Hechinger Report

In North Dakota, for example, nursing schools are holding more classes at hospitals and clinics to make it easier for nurses to keep working while they teach.

In the town of Hazen, 70 miles northwest of Bismarck, a sparkling hospital that opened last year includes a small classroom and lab — complete with adult and baby training mannequins — where Lacey Johnsrud oversees four students in the Bismarck State College nursing program.

The problem threatens not just colleges and local economies, but the national economy as well.

Johnsrud said she probably would not have considered teaching if she had been required to drive to a college campus. Because she has a bachelor’s degree rather than a master’s, though, Johnsrud is only allowed to teach clinical classes, not nursing theory.

“With my students, I get to go out on the floor with them and we take care of patients,” she said, “so I have the classroom teaching part of it and then also we’re taking care of patients on our clinical days, so I feel like it’s a good mix of everything.”

The on-location instruction has helped Bismarck State even more. The school has been searching for a nursing instructor with a master’s degree since January, when the previous instructor decided she couldn’t handle both her hospital and teaching jobs, said Deborah Cave, an assistant nursing professor on the main campus.

READ MORE: The high school grads least likely in America to go to college? Rural ones

It has been nearly impossible for the school to find instructors with the required master’s degree who are willing to give up nursing duties to teach theory, but a classroom in a hospital at least allows nurses to lead clinical studies while continuing to nurse. 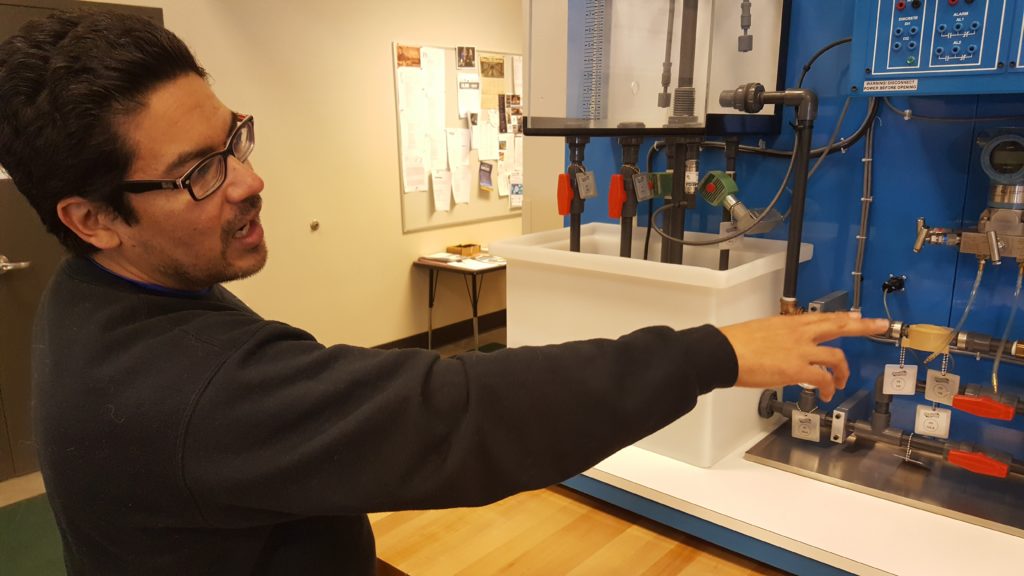 Teaching vacancies pose challenges to rural vocational programs across the country, but even experts who know these problems exist say they don’t know the extent of them. Colleges often don’t do a good job of telling state authorities about their persistent faculty vacancies, and states don’t do a good job of pushing the issue.

“I wish we had a better handle on it, but we don’t,” said Self, who works with vocational programs in rural and other areas to find and retain instructors. “Much of what we hear is anecdotal, so we don’t know how to respond to that.”

Community college leaders have tinkered with hiring requirements to make it easier to find instructors with years in their industry but no teaching experience.

Williston State’s nursing program plans to open a satellite site resembling the Hazen classroom this summer at a medical clinic in Tioga, about 50 miles away. Rural towns are in dire need of nurses, said Gail Raasakka, who directs the Williston program, and educators hope the “grow-your-own” strategy will help.

“The hope is that for Tioga and surrounding communities, the graduates will pay it forward,” Raasakka said.

In the rural Texas panhandle, Frank Phillips College has tried to find local workers with a passion to teach, but it hasn’t been easy to staff welding, nursing and other vocational programs, said Jud Hicks, president of the community college. Solutions have been all over the map, he said, although sometimes it’s as simple as telling a young welder the academic schedule would allow him more time with his children, Hicks said.

“It’s just a lot of little things to make these programs work,” Hicks said. “None of them follow a strict recipe.”

And in California, community college leaders have tinkered with hiring requirements to make it easier to find instructors with years in their industry but no teaching experience or advanced degrees.

Several rural colleges said they have come to rely heavily on retired workers to teach, but that’s hardly a sustainable solution. Many try to woo younger instructors by talking up family-friendly perks such as summer vacations. 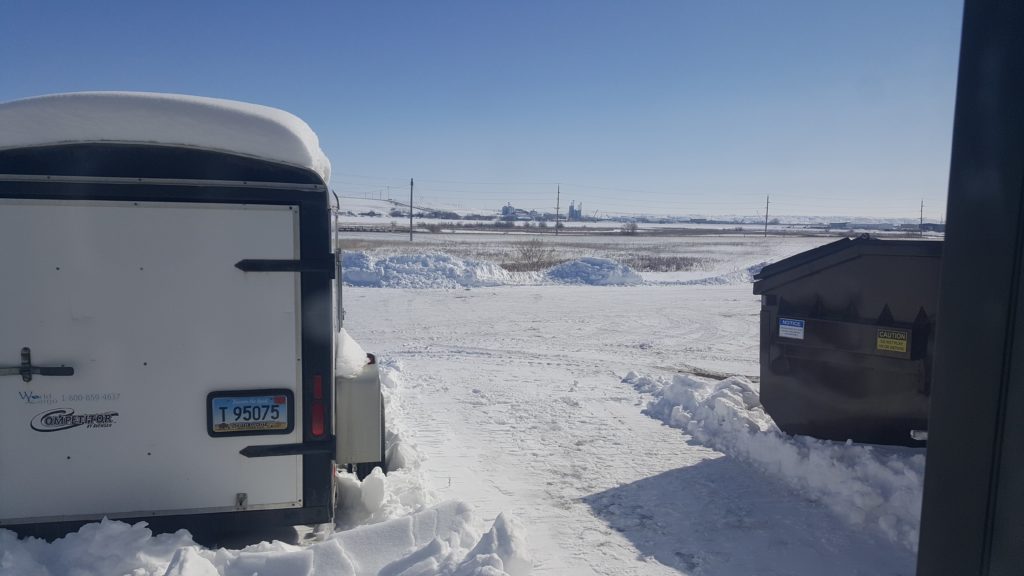 The view from Williston State College petroleum technology laboratory in North Dakota with the Halliburton oil complex off in the distance. Photo: Matt Krupnick for The Hechinger Report

Vocational education advocates have long bemoaned the lack of communication between colleges and industry, but some say they’re encouraged by recent trends.

Colleges “are reaching out to the business world and asking, ‘Can you help us?’” said Chris Zirkle, an associate professor of workforce development and education at Ohio State University. “I’ve been doing this for 35 years and I’ve never seen this level of cooperation.”

Colorado apprenticeship program turns the factory floor into a classroom