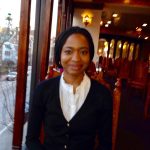 The next time you go to the principal’s office, it could be at your state house

The final straw broke in November when Aimy Steele got a call from the central office asking her to find space for five more classrooms.

Steele, the principal of Beverly Hills STEM Elementary School in Concord, North Carolina, about 25 miles from Charlotte, had already moved an English-as-a-second-language class into the library and an after-school program from a portable unit into the cafeteria to comply with a state law mandating lower class sizes in elementary grades.

The mandate, which she said did not come with extra money for new teachers or classrooms — school construction is funded at the county-level — came after financially-strapped districts had shed hundreds of teaching assistants.

The small number of principals who are running hope their experience running schools will give them a bigger voice in state education policy and other areas.

“That was kind of the last moment, where I said, ‘this is absolutely ridiculous,’” said Steele, who filed paperwork to run on the Democratic ticket in North Carolina’s 82nd district just a few weeks later. She will face Republican Linda P. Johnson, a nine-term incumbent and chairwoman of the House K-12 education and appropriations committees, in November.

Steele, 39, is among a handful of current and former school leaders — including principals and assistant principals — who are running for local and state offices this year. Their numbers are dwarfed by teacher-candidates, who, fed up with low salaries and cuts to general education funding, marched on state capitols in the spring. (An Education Week analysis found at least 156 teachers had filed to run for state offices this year, with 25 so far winning their party primaries and 42 advancing without a primary challenge.)

But the small number of principals who are running hope their experience running schools will give them a bigger voice in state education policy and other policy areas that affect education. The school leaders argue that many of the hot-button issues that legislators are wrestling with are school-connected — whether it’s the opioid crisis, the economy, transportation, infrastructure, or health care.

“If we are not helping to educate our children and providing health services for them so they can grow up to be successful and productive in a viable workforce, I have an issue with that,” said Julie Roach, an assistant principal in Oklahoma City, during an interview with Education Week earlier this month. Roach, who lost her run-off for a house seat just a few days ago, ran on a strong economy, access to quality health care and government transparency.

READ MORE: Over 150 Teachers Are Running for State Office. Here’s What We Know About Them

With a deep understanding of education and how schools work, principals who are seeking elective office say they can provide both data and real-world examples of how proposed policies and laws could affect students, teachers, school staff and families. They say they have the credibility to make the case for directing funding to immediate challenges that schools are facing.

Most principals are experienced managers who are used to communicating with different groups.

They can add nuance to discussions on complex issues such as school discipline. And when school safety proposals emerge — as they have in the last few months after high-profile school shootings — principals can provide an insider’s perspective on how proposals such as arming teachers and staff may or may not work.

Most principals are experienced managers who are used to communicating with different groups, who may not always see eye to eye, they said. That kind of savvy can be a valuable asset in navigating the political landscape and dealing with constituents, they said.

Ronny Johns, the principal of Ada Junior High in Ada, Oklahoma, won the June Republican primary in the state’s House District 25. He said the “hardships” that fell on Oklahoma’s schools after years of tax cuts could have been prevented if there had been more educators in the legislature. One of his key campaign issues is increasing funding for public schools.

By the end of last year, John’s school, in a small city about 90 miles from Oklahoma City, had 13 fewer employees than it had three years ago. Classroom sizes had increased and electives, including woodworking, were dropped to save money.

Last year, Johns told an incredulous parent that their child was telling the truth that the student wasn’t allowed to bring a book home to help with homework.

“I said ‘yes, that is correct,’ Johns recalled. “That’s embarrassing.”

Johns’ platform also includes tackling the state’s opioid crisis, adequately funding other state agencies, which also have been starved over the years, and bridging the partisan political divide, he said.

Johns says he will bring the same passion he has for education to other challenges facing his district and voters on the campaign trail have reminded him that they have other pressing concerns, including rural healthcare, infrastructure and small businesses, he said.

“There’s more than just the problems of education, and that’s what I’ve tried to impress on people,” he said.

Why principals have mostly stayed out of politics

While the 2018 electoral season has inspired educators to seek office in greater numbers, there are certainly sitting lawmakers with deep education backgrounds. There are lawmakers who seek out educators — teachers, principals and superintendents — to weigh in on proposed legislation and to inform policy discussions. And educators, along with advocates and lobbyists who work for groups that represent their profession are often in statehouses testifying on proposed laws and working the hallways.

Jeffrey Elmore, the co-chairman of K-12 education and education appropriations committees in the North Carolina General Assembly, is a teacher in the Wilkes County school system. The speaker of the state’s General Assembly recently hired a former principal from the Charlotte-Mecklenburg school district to join his education policy staff, which already includes a former attorney for the Charlotte-Mecklenburg district, according to local media.

Linda P. Johnson, the incumbent who faces Steele on the November ballot, says she regularly meets with teachers, principals, superintendents and associations’ representatives.

The state GOP’s education platform — including boosting teacher and principal salaries and expanding principal-leadership training — came from meetings with educators, who listed those issues among their top concerns.

Johnson says that she thinks it’s a good idea for more current educators, including principals, to be part of the General Assembly. But she also said that there are a number of ways for them to participate, and they are not locked out of the process.

Unlike teachers, whose two major unions are big political players, principals do not have a built-in political structure to tap into.

Steele said that even when educators are asked to contribute, elected officials sometimes ignore their advice and input in favor of anecdotes they’ve heard elsewhere.

“Essentially, those voices are never really actually heard because the legislators come into those meetings with their own perspectives, and they don’t change,” she said.

Principals on the ballot face an uphill climb. Unlike teachers, whose two major unions — the National Education Association and the American Federation of Teachers — are big political players, principals do not have a built-in political structure to tap into. The majority of local principals’ unions tend to steer clear of politics, said Scott Treibitz, a spokesman for the American Federation of School Administrators, a national union that represents about 14,000 school administrators across the country. (Fewer than a third of principals are represented under collective bargaining agreements, according to a recent federal survey.)

But with a wave of teacher-led protests over pay and school funding and the recent Supreme Court decision in Janus v. American Federation of State, County, and Municipal Employees Council 31, which could shrink union membership and influence, principals can no longer sit on the sidelines, Treibitz said.

“The nature of a principal — in between the teacher and the superintendent — has always been to be in the middle and never really try to rock the boat,” Treibitz said. “But I think there is a clear understanding that if we are going to turn schools around, the people who are in charge of the actual schools that are delivering education to children have to have a stronger voice. And the only way to have a stronger voice is through an active political process.”

The AFSA is encouraging members to become politically active, and at its July convention in Washington, it held a session on organizing in the post-Janus era. Among the speakers was Troy LaRaviere, a former elementary school principal in Chicago and the current head of the city’s principals and administrators’ union, who is running in that city’s mayoral election next year.

For principals who’ve jumped into electoral politics, finding time to raise money and campaign while running a school is challenging.

“I figured out you needed to be good at two things — asking for money and promoting yourself, and I’m not good at either one of them,” joked Johns, who campaigned on weekdays after school dismissal, on Saturdays and Sunday after church.

It was a lack of government transparency, not education, that first led Roach, the Oklahoma City assistant principal, to think about running for office two years ago.

Roach, 52, felt that her representative was not doing enough to keep constituents apprised of what was happening in the legislature and how their tax dollars were being spent. But the timing was not right, and she did not pursue it further, she said.

After joining teachers during protests in the state capitol this spring and overhearing a legislator evade questions about long-term school and teacher funding, she’d had enough. Roach, who had raised about $6,000 for the June primary, mostly through knocking on doors and asking people to contribute time and money to the campaign, lost in a run-off by a few percentage points.

Know a teacher running for state office? Use Education Week’s online form to send their name and information.

Steele, a former Spanish teacher, gave up her job as principal of Beverly Hills STEM Elementary School at the end of the school year to campaign full time.

Her campaign centers on education, affordable health care, transportation and the opioid crisis. Cabarrus County, where Concord is located, has one of the highest incidents of emergency room visits from heroin and prescription drug overdoses in North Carolina.

Steele wants beginning teachers to be paid $55,000, which she says the state can afford to do if it reduces how much it spends on locking up non-violent offenders and scales back on corporate tax cuts.

Johnson said Republicans have delivered or are in the process of delivering on the list of concerns that educators outlined when they first took over the legislature. They project that the average teacher salary in the state will jump to $55,000 by 2020, which should be the highest in the Southeast. They’ve also revamped how school leaders are compensated, awarding hefty bonuses to principals based on growth in student achievement and not experience.

Johnson, who said Steele never reached out to her about education issues, doesn’t believe that educators’ voices have gone unheard. And the ways people communicate with legislators have changed, she said, adding that she receives text messages and emails from constituents.

“There should be a varied perspective in high levels of leadership, especially in education.”

“If a bill is on the floor and there is something they don’t like, they will text me or email me, so I can ask that question on the floor of the house,” Johnson said.

“It’s just that people aren’t used to it,” she said. “I don’t think they understand that government has opened up in this state.”

Affected by budget cuts and testing, dozens of Oklahoma teachers are running for office