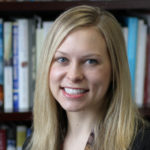 Why your toddler can’t learn from a screen

There’s bad news for parents who hope their toddler may learn something from a screen while also being entertained for just a few minutes: it’s unlikely to happen. New research shows young children may be fascinated by screens, but they are unable to learn from them even if someone on the screen actively engages with them.

The recent research from Vanderbilt University’s Georgene Troseth, an associate professor of psychology, specifically looked at whether toddlers can learn from a video chat. Troseth and a team of researchers presented 176 children ages 24 months and 30 months with an object that they called a “modi” and set up four different conditions for the children to learn the name of the object and place the object in a bin.

Although parents may find apps useful for keeping toddlers calm in cars, it’s unlikely they will learn much from screens before age 3.

Troseth said toddlers often can’t learn from screens, even from an interactive video, because they are unable to understand that the person on the screen is real, relevant and represents an actual adult. Around age 3 is when children can make this connection, Troseth said. “They have figured out a picture can represent something real or an idea in your head…That’s part of this idea of looking at a screen and realizing there’s a person there who’s teaching you.”

This work reinforces widely accepted research that young children learn best through in-person experiences. But what does this mean for parents who want to introduce their toddlers to television shows, games or apps, especially those that are marketed as educational? “We just don’t have good evidence for very young children that you should put your money and attention toward buying the app because somehow it’s going to make them get into the Harvard of preschool,” Troseth said.

Although parents may find apps useful for keeping toddlers calm in cars, for example, it’s unlikely they will learn much from screens between birth and age 3. “The learning will happen more with the kid while driving and talking to the kid,” Troseth said.

That doesn’t mean it’s pointless to use video chat with toddlers, Troseth says, especially to see grandma or connect with a parent who is out of town. That contributes to the emotional aspect of a child’s relationship with other people. Young children can recognize and identify people on screens and the American Academy of Pediatrics even mentions video chatting as the exception to its no screen guidelines for kids younger than 18 to 24 months.

But in order for a child that age to learn from a screen, they need someone in the room “making that connection for them,” Troseth said. That means sitting with the child, talking about what they see on the screen and reinforcing the idea in person by relating it to their own life. “That’s when we see a bump up in learning,” she said.

This story about video for toddlers was produced by The Hechinger Report, a nonprofit, independent news organization focused on inequality and innovation in education. Sign up for Hechinger’s newsletter.

Jackie Mader is the multimedia editor and a staff writer at The Hechinger Report. She has covered preK-12 education and teacher preparation nationwide, with a focus on the rural south. She received a bachelor’s degree from Loyola Marymount University and an M.S. from the Columbia University Graduate School of Journalism. Prior to attending Columbia, she taught special education in Charlotte, N.C. and trained first-year teachers in the Mississippi Delta.

When it comes to screen time, parents are poor role models for kids