5 medical stories you should be reading now

Birth defects that may be linked to Zika continue to spread 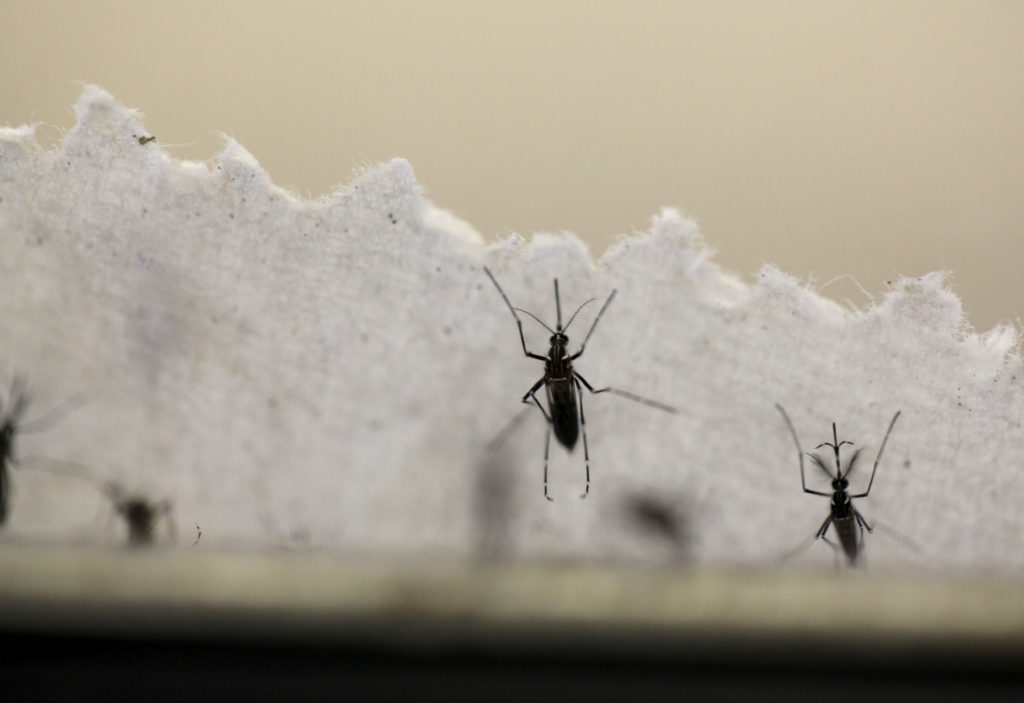 Aedes aegypti mosquitoes are seen at the Laboratory of Entomology and Ecology of the Dengue Branch of the U.S. Centers for Disease Control and Prevention in San Juan, Puerto Rico, March 6, 2016. REUTERS/Alvin Baez/File Photo.

Zika virus infections are causing an increasing number of birth defects among infants across parts of the United States already hit hard by this public health problem, according to the latest data analysis from the Centers for Disease Control and Prevention. Out of nearly 1 million births across 15 U.S. states and territories in 2016, three out of every 1,000 babies showed defects that could be associated with Zika, the CDC reported.

Why it matters: Physicians and researchers are still working to understand how the Zika virus affects babies during pregnancy and after they are born. Those effects are now starting to be more easily seen, particularly in places hard-hit in recent years by the virus. According to the latest analysis, from the first half of 2016 to the last half of the year, researchers found a 21 percent increase in cases of birth defects likely linked to Zika. The CDC anticipates numbers for 2017 to go up again.

The CDC’s latest analysis comes from tracking births with the U.S. Zika Pregnancy and Infant Registry and the Zika Birth Defects Surveillance system, which researchers hope will continue to help them better understand how far-reaching and long-lasting this infection’s legacy may be. 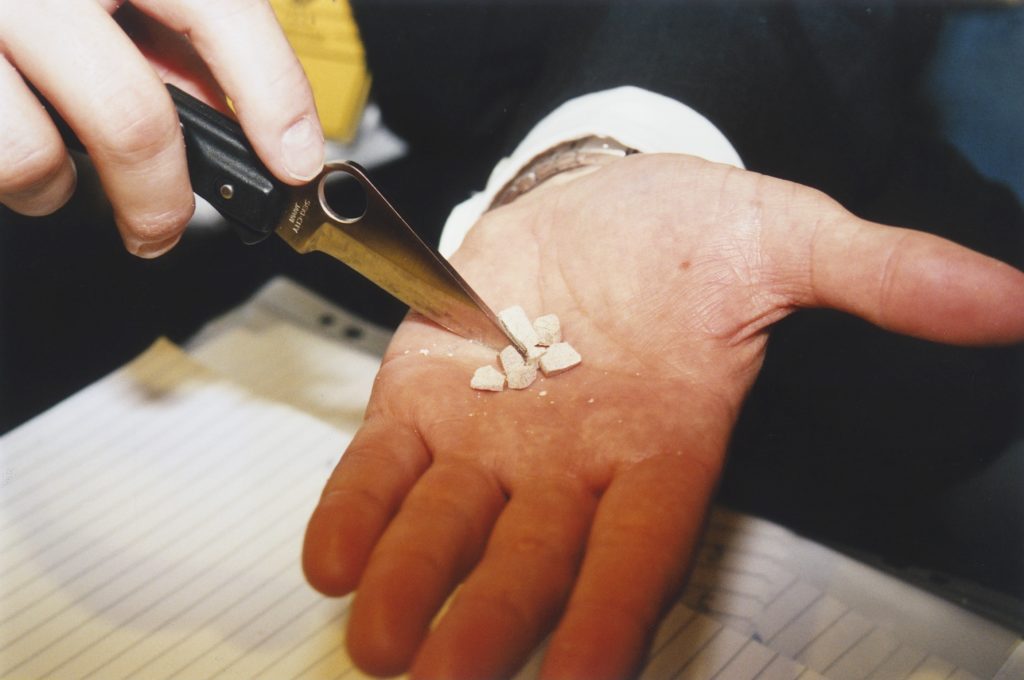 It’s unclear if the most validated defense for opioid misuse — medication-assisted therapies like naloxone, methadone and buprenorphine — can stem the surge of overdoses caused by fentanyl (pictured). Photo via Getty Images

It’s been 90 days since President Donald Trump made an emergency declaration for the opioid crisis — which means it was set to expire last Tuesday. So on Wednesday, acting Secretary of the U.S. Department of Health and Human Services Eric Hargan signed an extension to continue the declaration. Politico says the declaration, which began Jan. 24, 2018, will allow federal health agencies “ to quickly hire more treatment specialists and reallocate money to strengthen the response to the epidemic.”

Why it matters: According to the CDC, in 2016, opioids were involved in 42,249 deaths — that’s two out of every three drug overdose deaths in the United States that year. The declaration, officials say, will help the Trump administration further implement its five-point opioid strategy, including providing more access to prevention, treatment, and recovery support services as well as strengthening public health data reporting and collection. But public health officials have been critical of Trump’s declaration since it set aside no new money for many of the suggestions offered by his opioid commission, or, to help states implement programs on their own. They continued that criticism when the declaration was extended last week. “While it is important for this declaration to be renewed to allow for maximum federal flexibility to combat this epidemic, cooperation with Congress to provide the necessary funding to properly support such an emergency declaration is vital,” several dozen members of the House’s Bipartisan Heroin Task Force wrote in a letter to Trump, as reported by the Hill. 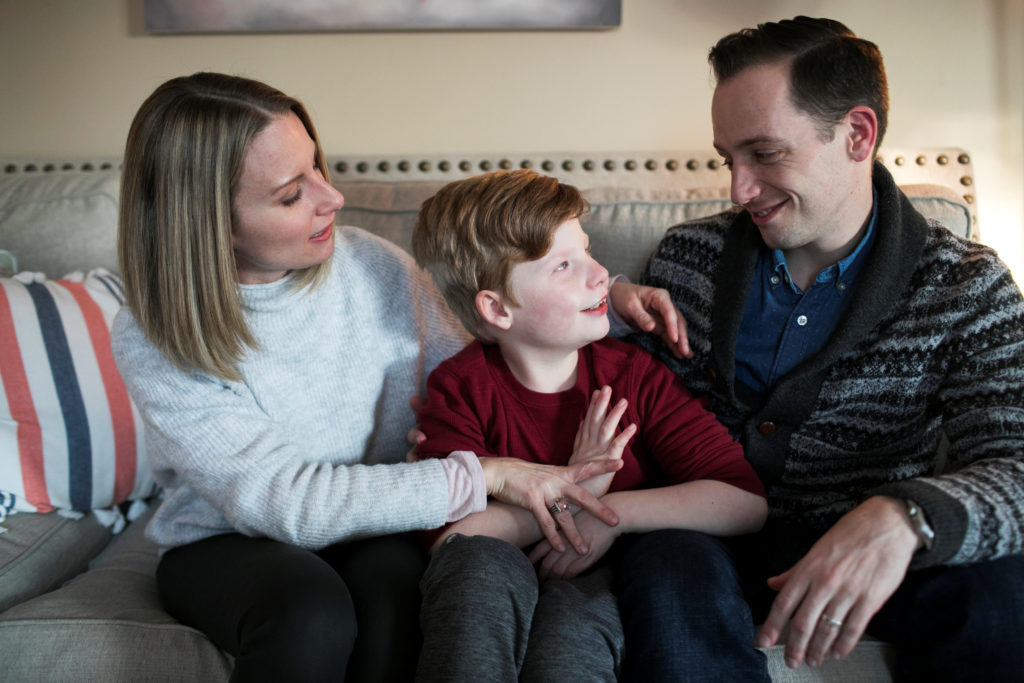 Nobel Lett, who suffers from Prader-Willi Syndrome and is treated under the Children’s Health Insurance Program (CHIP), sits with his father Jameson and mother Crystal after school in Columbus, Ohio. The program was recently reauthorized by Congress for another six years, guaranteeing nearly nine million children coverage , for now. REUTERS/Maddie McGarvey.

Congress didn’t agree on much when it voted to reopen the government for three weeks while it tried to work out a larger funding deal. But one of the few things that did come from the three-day shutdown earlier this week was a six-year renewal of the the Children Health Insurance Plan (CHIP), which insures nearly 9 million children across the country.

Why it matters: Since it was established in 1997, CHIP has provided insurance to families making too much for medicaid, but not enough to afford private insurance. Before funding was approved, at least 24 states were at risk of not being able to pay for the insurance program. Some of them threatened to discontinue the program if Congress could not guarantee funding. Now many of those states have the resources to continue offering those services.

Researchers now have discovered a blood test, called CancerSEEK, that may help screen for early stages of cancer in the ovary, liver, stomach, pancreas, esophagus, colorectrum, lung, and breast.

Why it matters: After testing more than 1,000 people, researchers say this DNA-based test can help recognize genetic changes and protein biomarkers of certain cancers to help find the anatomical source. CancerSEEK would be the first of its kind to screen for these cancers. Researchers warn, however, that more studies are needed before this screening test is ready for market.

Drunken driving causes more than 10,000 deaths in the U.S. per year.

A new report from a committee at the National Academies of Sciences, Engineering, and Medicine has recommended that state laws be lowered for criminalized blood alcohol levels from the current 0.08 to 0.05 percent.

Why it matters: Drunken driving causes more than 10,000 deaths in the U.S. per year, and those behind the rule change say dropping the alcohol limit may help lower the amount of accidents caused by excessive alcohol consumption. Austria, Denmark, and Japan enacted similar rules and saw a drop in alcohol-impaired driving deaths, according to Tim Naimi, an associate professor of medicine at Boston University and committee member, who said traffic deaths linked to drug use or texting while driving “still pale in comparison” to those caused by alcohol use.

“We need to work on this,” Naimi said.

Other recommendations to cut down on drunk driving by the committee: Increase alcohol taxes and provide treatment programs for offenders who need them.

Left: A health agent prepares a vaccine during a campaign of vaccination against yellow fever, dengue, chikungunya and zika. REUTERS/Marcos Brindicci.