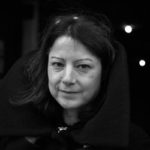 Can new medications shift the battle against drug-resistant TB?

There was something about her lingering cough that made Dalene von Delft take a break from her medical training in South Africa and go for an X-ray.

“There was a hole [in my lung] and it was just destroyed. I couldn’t believe it was my own X-ray,” von Delft said. The diagnosis got worse: Her tuberculosis infection was resistant to the standard antibiotics.

In the last five years, tuberculosis swapped places with HIV/AIDS to become the leading infectious killer around the globe. In 2016 alone (the latest year for which statistics are available) there were 10.4 million new cases and 1.7 million deaths.

More than a half million of those cases were multi-drug-resistant tuberculosis, (MDR-TB), a more threatening strain that can survive first-line remedies for the disease.

MDR-TB kills nearly half its victims, even when treated with second-line drugs.

Patients can beat MDR-TB, but the road isn’t easy. Worldwide, according to the WHO’s Global tuberculosis report for 2018, only one in four MDR patients receives appropriate care. Many patients are never properly diagnosed. Others can’t find the proper second-line medications, or those options are too expensive where they live.

Moreover, MDR-TB kills nearly half its victims, even when treated with second-line drugs. Those treatments come with grueling visits to the hospital and a bevy of side effects, including severe nausea and vomiting, confusion and memory loss.

Health care workers like von Delft are six times as likely to catch drug-resistant TB, and their experience with the subsequent treatment shines a light on the steep challenges of fighting tuberculosis in South Africa. But their tales also reveal promising medical developments in the field.

Surgeon Arlette Bekker had never missed a day of work, so immediately after being diagnosed with MDR-TB, she figured she would try treatment and tough it out. “How bad could it be?” she thought. “I’ll be off for a month, and then I’ll be back.”

With MDR-TB, the specific treatment varies for each patient, but it’s always a marathon. A year and half is typical. Her confidence was shaken when a nurse walked in with a tray bearing a single day’s worth of medication: some 40 tablets.

“It’s a massive amount of medication with a massive amount of side effects,” Bekker said. “Most days I couldn’t really remember what I did in the morning. It was just astounding to me that I could come from a week ago, this highly functional, highly productive individual, to a person not even resembling a person, groveling on the bathroom floor, not able to even take a shower because I can’t even open up the tap.” 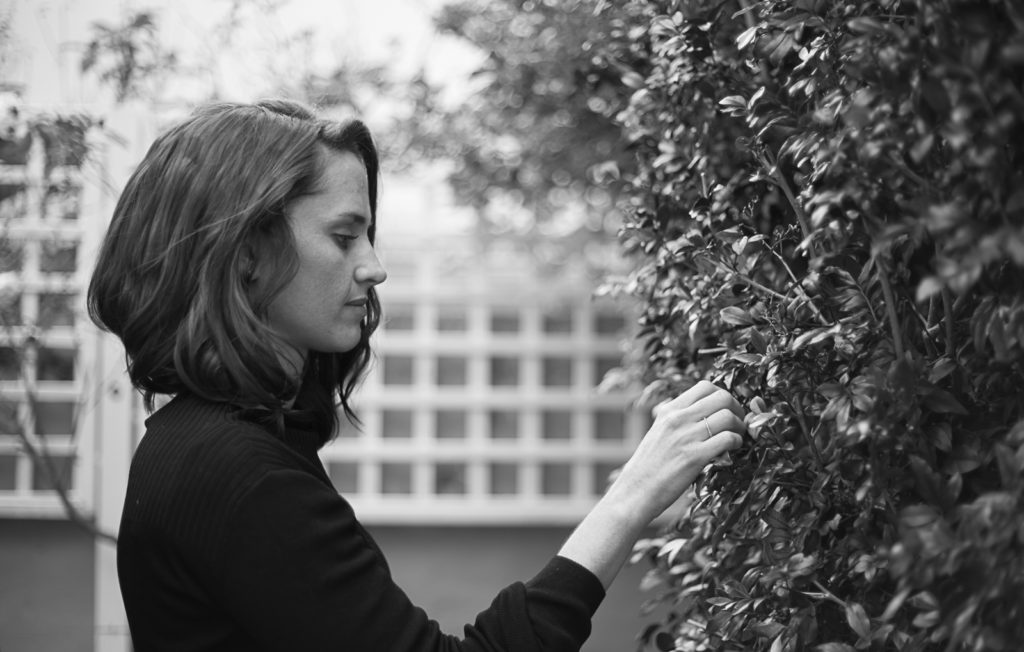 Those pills came along with daily doses of injectable drugs, which Zolelewa Sifumba — another MDR-TB survivor — likened to “hot lava.”

“It’s difficult to stand, to sleep, to walk,” explained Sifumba, who was a medical student when she was first diagnosed. The discomfort took a severe toll on her mental health. And for many with TB, stigma stops them from sharing their feelings or seeking help.

These infusions can also cause permanent deafness in up to half the patients who take them. Bekker and von Delft each suffered partial hearing loss. For the latter, an amateur pianist and singer who had won national choir competitions, that side effect almost made her give up.

The need for new drugs

Through a compassionate use program, von Delft became one of the first South African patients to receive bedaquiline, a new, experimental medication.

It worked. Not only did she ultimately make a full recovery, most of her hearing was preserved once she was weaned off the injectables.

Before bedaquiline, four decades had passed without a single novel drug for tuberculosis coming onto the market.

It all sounds encouraging, but longtime TB-watchers say that a funding crunch is putting progress in jeopardy.

By the late 1980s, many thought the battle against tuberculosis had been won, and drug companies were no longer investing in new antibiotics.

This complacency was shaken when widespread TB drug resistance became rampant in the early 1990s, but efforts to develop new antibiotics took years to bear fruit.

Bedaquiline, developed by Janssen Pharmaceuticals and now marketed by Johnson & Johnson, was the first major success when the U.S. Food and Drug Administration approved it in 2012. Two years later, a second novel drug — delamanid, from the Otsuka Pharmaceutical Company — was approved by the European Medicines Agency and by regulators in Japan.

Both drugs are now on the World Health Organization’s list of essential medications for fighting tuberculosis. Each is safer than the injectable medications they’re meant to replace. Hearing loss, for example, is no longer a risk. But a minority of patients still suffer other side effects, including potential liver damage (in the case of bedalaquine) and disturbances in heart rhythm (delamanid).

Access to the new drugs varies widely. Last summer, South Africa’s government announced that all MDR-TB patients would receive bedaquiline in place of the injectables. Elsewhere, like in India, where there were 1.7 million new cases of TB in 2016, the drug is far less available.

This month, a third drug from the nonprofit TB-Alliance, pretomanid, was given “priority review” status by the FDA, based on results of early clinical trials with about 1,200 patients in 14 countries. That means the FDA will likely decide by the third quarter of 2019 whether to formally approve pretomanid for wider use.

It all sounds encouraging, but longtime TB-watchers say that a funding crunch is putting progress in jeopardy. A March 20 report by the Lancet Commission on tuberculosis said an additional $5 billion annually is needed for prevention, diagnosis and treatment. 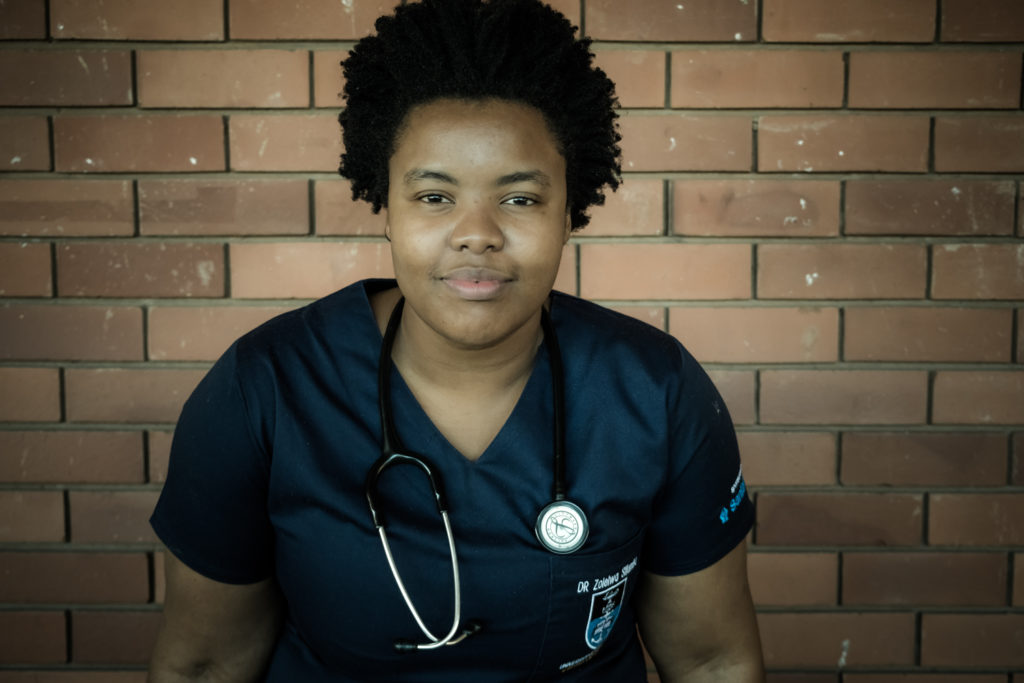 “Millions of people fall ill with TB every year, it’s essential that we fund programs that can treat them and reduce the spread of this deadly disease,” said Peter Sands, executive director of the Global Fund. “By providing two-thirds of international funding for TB, the Global Fund plays a critical role in fighting TB. We’re determined to step up the fight.” That means more funding, more innovation and more political commitment.

After completing treatment, von Delft scrapped her surgical training and instead launched TB Proof, a nonprofit organization that lobbies on behalf of patients.

“As a white South African doctor, I had access to the best treatment, and I realized how extremely lucky I was,” von Delft said. “It’s a human right for people to benefit from scientific progress.”

Sifumba, who also works with TB Proof, finished her own laborious treatment and is now a fully fledged physician. She uses her own survival story to inspire her patients. “I get to practice from a point of understanding what it is to be sick,” she said. “Honestly, it makes me a better doctor.”

Bekker returned to work as well, reclaiming her place in the surgical theater after a year of painful setbacks. “It was such a privilege,” she beamed as she shared the memory. “It was just magical.”