Cancer deaths are declining because fewer Americans are smoking

Five decades after the U.S. surgeon general first warned Americans against smoking cigarettes, the nation finally is starting to reap the health benefits of fewer people smoking, according to a report out this week.

Researchers from the American Cancer Society found that between 2016 and 2017, cancer deaths declined 2.2 percent, the largest single-year drop on record.

Nevertheless, experts predict 1.8 million Americans will be diagnosed with cancer this year, and more than 606,000 Americans are expected to die from cancer, the American Cancer Society reported. And smoking continues to be the leading cause of preventable death in the U.S.

These projections come as younger generations of Americans increasingly vape — and become sick from — e-cigarettes, a trend that has sparked a public outcry.

Americans have been dying from cancer at a lower rate since 1991 — the year cancer deaths in the U.S. peaked. By 2017, cancer mortality rate had declined 29 percent. 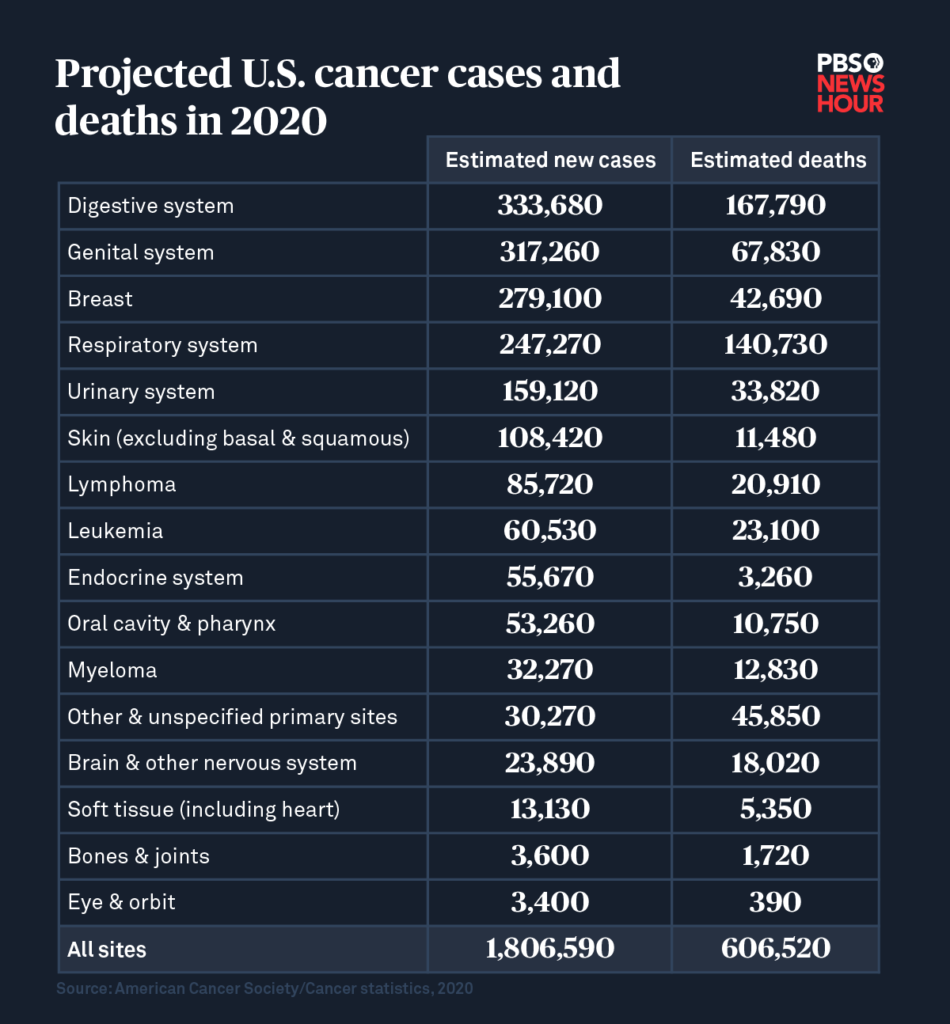 To figure that out, researchers collected and analyzed cancer incidence data through 2016 from the three sources, including the North American Association of Central Cancer Registries. To figure out how many Americans may die from cancer in 2020, they analyzed data through 2017 from the National Center for Health Statistics, which gathers information from all U.S. death certificates each year, and built computer models to make projections.

They found that, decades after the country launched anti-tobacco campaigns, lung cancer remained the leading cause of cancer deaths and claimed more lives than colorectal, breast and prostate cancers combined. Cigarette smoking is linked to not only 80 percent of lung cancer cases, but also 11 other types of cancer.

And yet, if cancer deaths are going down significantly, it reflects that more Americans have chosen to forgo or quit smoking cigarettes, said Rebecca Siegel, scientific director of surveillance research for the American Cancer Society.
The American Lung Association applauded the numbers, but chief medical officer Albert Rizzo warned that “we are still learning about new diseases that cigarettes cause.”

Could vaping e-cigarettes lead to a rebound in U.S. lung cancer deaths?

It is too soon to know if e-cigarettes will cause cancer, Siegel said. But federal investigators have linked vaping to an outbreak of respiratory injuries and illnesses, resulting in the deaths of 57 Americans and the hospitalization of 2,602 more, according to the latest data from the Centers for Disease Control and Prevention.

Vaping has been especially popular among middle- and high-school students in recent years, according to federal survey data. An estimated 5 million U.S. children say they have tried e-cigarette products, up from 3.6 million a year earlier.

While e-cigarettes have been on the market for more than a decade, Rizzo said vaping cartridges and products often contain “harmful toxins and carcinogens” and the addiction is threatening to turn a whole new generation into “cigarette smokers or dual users.”

What more can be done to prevent cancer?

Researchers expect obesity to fuel the nation’s future cancer projections, and today’s cancer incidence and deaths linked to obesity are “only the tip of the iceberg” of what the U.S. may see, Siegel said.

In a tweet, President Donald Trump touted the drop in cancer deaths, and gave his administration credit, saying “a lot of good news coming out of this Administration!”

But the American Cancer Society’s CEO Gary Reedy noted in a written statement that years of “prevention, early detection, and treatment advances” had resulted in a drop in cancer deaths between 2016 and 2017 — the year Trump was inaugurated.

While Reedy acknowledged an uptick in federal dollars to the National Cancer Institute during the Trump administration, he reiterated that the data hasn’t yet shown how increased spending has influenced any further reduction of cancer mortality nationwide.

Reedy did suggest how the administration could “significantly impact future declines” in cancer: “By increasing access to comprehensive health care, supporting robust and sustained increases in federal funding for cancer research and passing and implementing evidence-based tobacco control policies.”

To prevent a backslide in lung cancer rates, Siegel said the nation must continue to prioritize smoking cessation programs for people who want to stop using tobacco. To keep up the pace, more people need access to health care, and stakeholders need to continue to discourage teens from picking up cigarettes. Historically, adolescence is when “the overwhelming majority of smokers” begin that habit, which haunts many of them and their loved ones decades on.