Millions in the U.S. impacted by food allergies, but a cure may be on the horizon

Several weeks ago, I took my two sons to a friend’s birthday bowling party. There were about 20 children there and four of them, including my boys, couldn’t eat the birthday cake because they had food allergies. And at my younger son’s preschool, the school cook has a detailed list posted in the kitchen of all the kids who have food allergies, and the foods they must avoid. She makes everything from scratch, and she’s become very creative about using ingredients in her recipes that aren’t on that list. My two-year-old can’t eat eggs, so she uses applesauce for his muffins. When you talk to her, she will say she is surprised by how many students now have allergies. She says it wasn’t like that even 10 years ago.

Those small examples from my own world reflect a national trend many of us have heard about for years: food allergies are on the rise.

“This is becoming an epidemic that we need to be aware of, we need to get educated about,” says Dr. Kari Nadeau, who is the director of the Sean N. Parker Center for Allergy Research at Stanford University. “The data shows that it’s very high in our population, probably about 17 to 18 million people in the U.S., and in other countries it’s about 18 million people.” 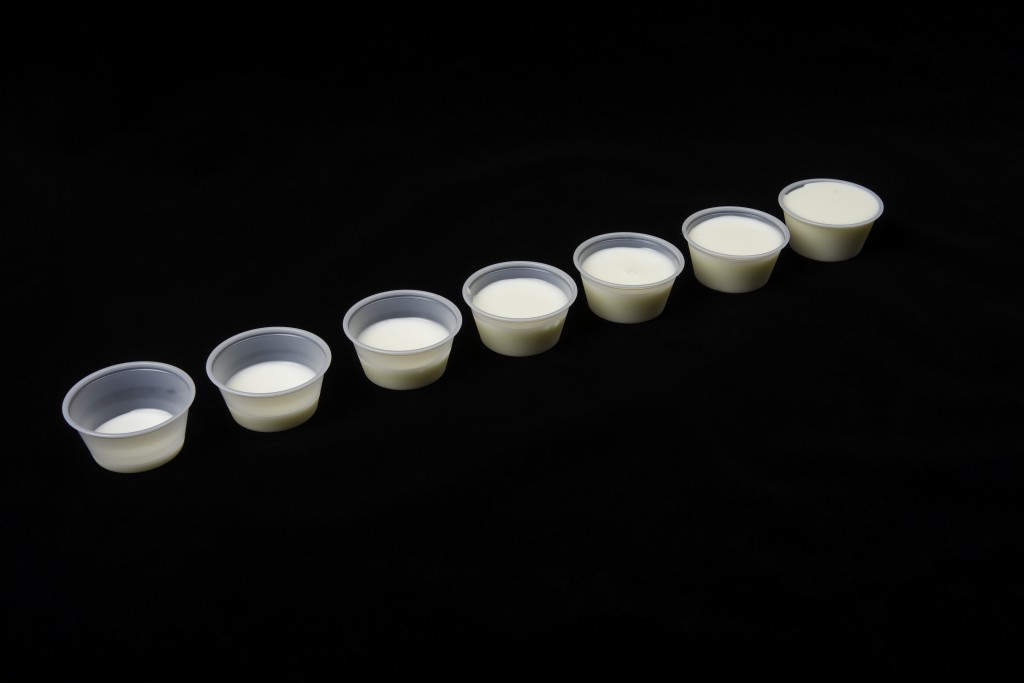 Patients enrolled in Stanford’s clinical trials are given incrementally larger doses of the foods they are allergic to about every two weeks until they are able to tolerate a serving size of that food. The length of time it takes a patient to go up a typical serving size for a food depends on the patient, but can be as little as four months. But Dr. Nadeau warns that patients should never try this treatment by themselves; it has to be done under the direct supervision of a doctor and in a clinic. Photo by Sean N. Parker Center for Allergy Research

I interviewed Dr. Nadeau for a report that airs this evening on the PBS NewsHour about the groundbreaking food allergy research she’s leading at Stanford.

The question on many people’s minds, including my own, is why do so many children have allergies these days? Dr. Nadeau and other scientists are still trying to figure that out, but they are starting to make some progress. “This [food allergy trend] is doubling every ten years,” said Dr. Nadeau. “That’s beyond just a generational effect. So how much are genes involved in this, and how much is the environment involved in this? That’s what we’re studying right now.”

One big focus in the scientific community right now is diet. During our conversation Dr. Nadeau highlighted new research, including a recent study in the New England Journal of Medicine that suggests certain foods should be introduced to infants to help prevent food allergies.

Dr. Nadeau says that by diversifying your child’s diet early on, under supervision of a doctor, you can try to prevent the consequence of having these food allergies. She recommends different types of proteins, rice, wheat, a little bit of egg, and a little bit of nuts. She talks about how the diets of pregnant women can also have an effect on their children’s allergies:

One frightening fact I learned while reporting this story is that adults who have food allergies have a 65 percent chance of passing those allergies on to their children. When you start to think about the implications of that, it’s hard to imagine the number of people who have food allergies going down anytime soon. But Dr. Nadeau recently discovered something in her lab about the patients who have gone through a treatment known as oral immunotherapy, where they are slowly given increasingly larger amounts of the very foods they are allergic to. The process essentially builds up the patient’s immunity to those foods that once were poison to them.

It’s important to emphasize that Dr. Nadeau’s research is still in a very early stage, but the discovery she describes in this clip could mean future generations might not be plagued by the genetic misfortunes of their parents or grandparents:

The oral immunotherapy treatment protocols that Dr. Nadeau and her team have developed are now being used on clinical trial patients in Seattle, Chicago, Cincinnati, Philadelphia, New York and Los Angeles. Several private companies are exploring ways to deliver the allergen doses in capsules and patches, and the Food and Drug Administration is currently reviewing those treatment options.

You can learn more about Dr. Nadeau’s research and clinical trials at the Sean N. Parker Center for Allergy Research website.

Left: The number of Americans with food allergies, to peanuts for example, is growing at a rapid rate, says Dr. Kari Nadeau, director of the Sean N. Parker Center for Allergy Research at Stanford University.