Diseases once thought eradicated reappear in the U.S.

On March 7, the New York City Department of Health issued a warning about an outbreak of measles in northern Manhattan and the Bronx and urged all New Yorkers to make sure they are vaccinated against measles. Canadian officials joined the call for vaccination on March 14, after five new measles cases were confirmed in British Columbia. 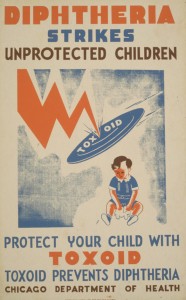 It appears that some of the 19 cases reported thus far have occurred in children who had their vaccines and some who were too young to have their first jab. Even though 90 percent of the American public is vaccinated against measles, cases in the United States tripled in 2013. It’s a situation of which the Centers for Disease Control says: “Fifty years after the approval of an extremely effective vaccine against measles, one of the world’s most contagious diseases, the virus still poses a threat to domestic and global health security.” Slate.com offered an explainer for worried city dwellers: “Should New Yorkers Get Revaccinated Against Measles?”

The resurgence of diseases once through nearly eradicated is a growing problem in both the developed and developing world. While diptheria is still mostly encountered in 19th-century novels, scarlet fever, whooping cough and tuberculosis have all had recent outbreaks. And, a polio-like disease is causing partial paralysis in children in California and Australia. 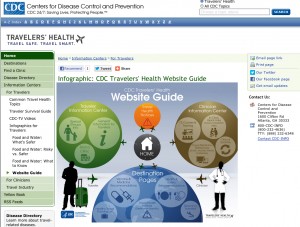 To find out more about disease outbreaks around the corner and around the globe you can visit the Centers from Disease Control’s outbreaks center online. It’s important to know if you’re visiting a country where vaccination rates are lower and disease rates higher, that many of the U.S. outbreaks started with an unvaccinated traveler returning home to a community with declining immunity.

Hari Sreenivasan speaks with Stephen Morse, a professor of epidemiology at the Mailman School of Public Health at Columbia University, about the reasons for these outbreaks.