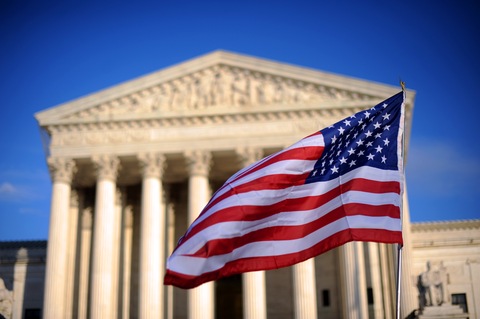 Rob Rabie has some health care advice for the Supreme Court, straight from St. Johns, Ariz.

“Perhaps the justices would better appreciate the problem if they were to forego their health insurance plans for a year or so and just pay the medical bills out of pocket like many Americans,” he said. “I am sure they could all afford it, but I suspect sticker shock would be rampant.”

The idea that nine justices with access to “generous” health care insurance will be deciding the fate of the entire health reform law makes Rabie nervous. His concern was shared by several others who wrote to the NewsHour in the aftermath of the Supreme Court hearings last month, most with two underlying questions:

What kind of health insurance does the government offer Supreme Court justices? And how might that play into their decision over whether to strike down the health care reform law?

The answer to the first is simple: The plans are pretty generous, but certainly not to the extent that many expect.

All federal employees can access health care insurance through the Federal Employees Health Benefits Program. That includes Supreme Court justices, members of the Senate, congressional aides and the janitorial staff in the Department of Health and Human Services.

The Supreme Court declined to provide specifics on the health plans of the individual justices or how many of them even participate in the Federal Employees Health Benefits Program. Some federal employees elect to receive their coverage elsewhere — through a spouse’s plan, for instance.

Regardless, they have the same options as everyone else in the federal government — no more, no less. By far, the biggest advantage of being a member of the club is its not-so-exclusive size. About 8 million federal employees, retirees and their family members are enrolled.

The large, diversified pool is ideal for private insurance companies — businesses built around the concept of trying to spread risk among the young, old, sick and healthy. So a wide number of them participate, increasing competition, upping the government’s bargaining power and maximizing the chances that its employees will get a good deal.

The federal program offers 206 health plan choices, according to the Office of Personnel Management. “It’s unusual, even for a large employer, to offer so much choice,” Gary Burtless, a labor economist at the Brookings Institution, said.

Even more unusual are the perks of the plans themselves. Several include a national network of physicians. All are available without a waiting period. And unlike many private-employer plans, they’re not allowed to deny coverage or charge higher premium rates based upon an employee’s pre-existing conditions (if the health care reform law goes forward, the practice will be banned for all U.S. plans starting in 2014). Perhaps the biggest perk: Federal employees also have the option of keeping their coverage after retirement.

Aside from those major advantages, the plans available to federal employees aren’t “more or less generous” than those offered by other large U.S. employers, Burtless said.

“They’re typical. Civil servants in the United States are not getting a Cadillac insurance plan while they’re at work,” he said, referring to the rare, extremely generous plans that offer very low deductibles and benefits so rich they cover even the most expensive procedures.

In fact, several studies conducted in recent years show premiums, deductibles and employer contributions running more or less neck-in-neck between the federal options and other large-group insurance plans. If federal employees pay less at the doctor’s office than the national average, for example, they often shell out more for premiums. And contributions from the federal government — 70 percent of total premiums — might cost taxpayers about $43 billion per year, but the percentage is comparable to the national average of about 72 percent.

Now for the second question: How does all of that intersect with the Supreme Court hearings on health reform?

According to a recent Washington Post poll, just 40 percent of Americans think the justices will rule based primarily “on the basis of the law.” If they do so, the federal government’s employee health care program won’t be a factor. But 50 percent of the nation — including people like Rabie — believe the justices’ “partisan political views” will interfere. And if that’s the case, it opens the door for nearly anything to play a role.

Again, it’s unclear whether the justices even participate in the Federal Employees Health Benefits Program. If none of them do, all of this information is a moot point.

But that’s unlikely, according to Donald Devine, a former director of the Office of Personnel Management. “I would assume most of them do choose it,” he said. “It’s a generous program even if it has some controls on it.”

Still, even while Devine says the program “may look good compared to the plans of many Americans,” he also cautioned against drawing direct connections between the federal health insurance program and an eventual ruling on the health care law.

After all, he said, federal judges have access to the same health care options as the Supreme Court, “and they’ve come down on both sides of this thing all across the country.”