From the Field: Opening Horizons for Guatemala’s Girls

ANTIGUA, Guatemala– For girls growing up in rural Guatemala, it is not unusual to leave school by the age of 12, marry by 15, and give birth for the first time while still a teenager.

About 60 percent of school-aged children complete primary education in this Central American country according to UNICEF, and the rates are far lower for girls in indigenous communities.

Young women in Guatemala also face widespread gender-based violence, from spouses and family members and through brutal attacks by the gangs that plague the country.

Within this environment, the U.S.-based nonprofit Population Council has created Abriendo Oportunidades, or Creating Opportunities, as a support system for Mayan girls. Using mentoring, the group teaches teens about preventing and responding to gender-based violence. Mentors also support girls who want to continue their education and make a living. There are about 3,000 women involved in the network.

“Every extra year in school is a gain, every year marriage is delayed is a gain,” said
Alejandra Colom Bickford, coordinator for the Population Council’s programs in Guatemala.

During a week-long workshop in Antigua, women in the network talked about the challenges they face in their own lives, and the messages they want to spread as mentors: 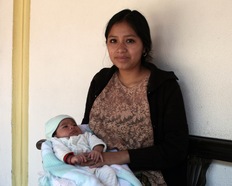 Mariela, 20, was attacked and raped by a man in her home village of Coban while she was pregnant with her now month-old daughter. She never reported the attack because she was scared people would judge her for what happened and that the man would come after her again.

She becomes distressed and teary-eyed discussing the rape, and says she can’t talk much about it because it hurts her. Through the program, she hopes to teach other girls and young women about the risks of gender violence and how to protect themselves– information she wishes she had earlier in life.

“It happens to many girls in our community, around the town and in the streets,” Mariela said. “They shouldn’t keep quiet, they should look for help and they should tell their parents.” 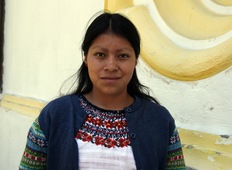 Gricelda Ralda Fuentes, 18, is a midwife who helped a woman give birth for the first time when she was just 12. She is frustrated by the patterns she sees in her community, San Juan Ostuncalco Quetzaltenango, of families abusing wives and daughters, and girls giving birth very young.

“They get married as little girls and become mothers to other littler girls,” Ralda Fuentes said.

Although she is already working, Ralda Fuentes said Abriendo Oportunidades has her thinking about bigger dreams, and she wants to train to be a doctor someday. 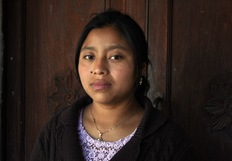 Candida Violeta Coxola Tohom, from Las Canoas, works for the local government office dealing with crimes against women. She says it is difficult to get women and girls to speak up about abuse or violence, but even with those limitations, the office is still very busy with cases.

Coxola Tohom wants to go to university eventually, but people in her town respond negatively when she mentions her plans.

“It is because I am a woman. It is difficult,” she said. “They think women do not need an education, they need only to stay at home.”