More than half of adults who misused opioids did not have a prescription, and many obtained drugs for free from friends or relatives, according to a national survey of more than 50,000 adults.

Although many people need medical narcotics for legitimate reasons, the National Survey on Drug Use and Health reported Monday that regular access to prescription opioids can facilitate misuse. The results, outlined in the Annals of Internal Medicine, indicate when the medical community overprescribes opioids, unused drugs are then available for abuse.

Out of adults who reported misusing opioids, 60 percent did not have a prescription.

“We need to improve our approaches to evaluating, treating and providing services to people who suffer from pain,” Wilson Compton, deputy director at the National Institute on Drug Abuse and the study’s lead author, told NewsHour.

To get a handle on the nation’s drug problem, the Substance Abuse and Mental Health Services Administration surveyed 51,200 individuals from 50 states and the District of Columbia. Each participant completed computer-based surveys at home, was a non-institutionalized civilian over age 12, provided informed consent and received $30 on completion.

Researchers conduct the survey annually, but 2015 was the first time the survey included information about the overall use of prescription opioids. Previously, the survey only asked respondents about rates of misuse or addiction to various substances. This change revealed the proportion of opioid misuse among the general population was tied to doctor’s prescriptions.

The researchers expected opioid prescribing to be commonplace. But, the numbers — 38 percent of U.S. adults used opioid medication in 2015 — were still shocking. “In any one group, every third person or more is using at some point,” Compton said.

The major culprit behind the misuse is excessive prescriptions, the survey found, with doctors providing patients with too many pills for too long. After delivering a baby, for example, women typically use half of what they’re given, said Stephen Patrick, a Vanderbilt University neonatologist who was not involved in the study.

Physicians worry the road to overprescribing has been paved with good intentions. Concern about undertreating patient pain among physicians was roughly on-par with attention to a patient’s heart rate, said Karen Lasser, a general internist at Boston Medical Center who was not involved in the study. 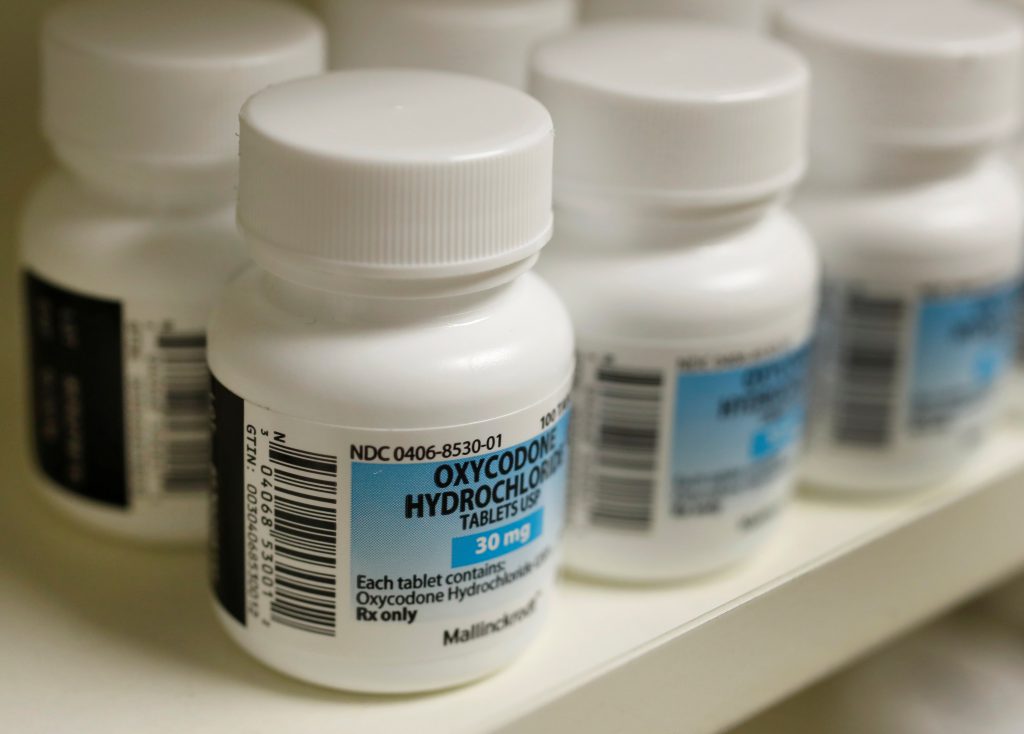 Nearly two-thirds of respondents who used opioids inappropriately said they misused them to relieve physical pain. Photo by George Frey/REUTERS

Patrick agreed, saying, “It started in the ‘80s, thinking about how we take care of untreated pain. We had some science that was wrong about the risk of addiction potential when you treat [people with pain].”

But, medical professionals aren’t the only factor driving the epidemic. Hopelessness and despair also likely fuel this problem, she said. Studies have shown people often self-medicate their anxiety and depression with opioids. Lasser has seen this pattern in the clinic.

“When [my patients] come in complaining of physical pain, I can tell it’s more than just physical pain,” Lasser said. “It’s almost like it’s suffering or psychosocial issues going on that are manifesting as pain.”

Nearly two-thirds of respondents who used opioids inappropriately said they misused them to relieve physical pain. They used the drugs for their own treatment or to cope with pain. Yet, more and more research shows these narcotics are not effective for chronic pain, Patrick said.

One quick and fast solution is to write fewer, smaller prescriptions for opioids…

The results of the survey agree that the nation’s pain problem extends beyond the physical body. People with opioid use disorder were more likely to have a psychiatric diagnosis and poor health. Misuse was more prevalent among those with major depressive episodes or suicidal ideation than those without.

It may be easier for the uninsured to treat their pain, whether truly physical or not, by skipping the doctor and getting it from other sources instead, Lasser said.

Out of adults who reported misusing opioids, 60 percent did not have a prescription. Nearly half of these individuals — 41 percent — obtained non-prescribed drugs for free from friends or relatives.

This information changes physicians’ roles. They’re not just caring for the person directly in front of them, but also the patient’s social network — their family members, friends and neighbors among others. “That’s a really big shift in the role for medical professionals,” Compton said.

On the national level, the Department of Health and Human Services brought together experts from the National Institutes of Health, NIDA and other agencies to create the National Pain Strategy to develop new approaches to treating pain. The strategy includes measures to standardize pain assessments, which could help physicians determine underlying causes of chronic pain and when opioid prescriptions are appropriate. It also calls for more comprehensive approaches to pain evaluation that include physical, psychological, emotional and social aspects.

One quick and fast solution is to write fewer, smaller prescriptions for opioids because “there are way too many leftover medications that end up being diverted or misused,” Compton said.

Along with that, pharmacies now have authority to dispense partial prescriptions. Prescription drug monitoring programs can identify over prescribing doctors and patients who are doctor shopping, Patrick said.

Left: To get a handle on the nation’s drug problem, the Substance Abuse and Mental Health Services Administration surveyed 51,200 individuals from 50 states and the District of Columbia. Photo by George Frey/REUTERS