In October 2009, Serese Marotta’s 5-year-old son Joseph came down with a cough and had a hard time breathing. Doctors at the nearby urgent care clinic in Springboro, Ohio, sent Joseph to the children’s hospital, where he was treated for fever and breathing problems over several days.

Nine days after falling ill, Joseph suddenly lost consciousness and his heart gave out. Doctors could not revive him.

It turned out that Joseph had contracted H1N1 influenza, a strain of flu circulating that year. His autopsy showed the virus had caused his intestines to rupture.

Marotta was shocked that the flu could kill a child. “When you lose a child to flu, I think a lot of people thought the same thing I did,” Marotta said. “How come I never heard of this happening? I can’t be the only one.”

Searching for answers and emotional support, Marotta discovered a group called Families Fighting Flu, a national organization of dozens of other families that had lost relatives to the flu, mostly young children.

“To people who are questioning whether they should vaccinate the child, I say, ‘Look at my look at my situation. Do you want to play Russian roulette with your child’s life?’”

Today, Marotta is the chief operating officer of the group, whose goal is to educate people about the flu and the importance of the annual vaccine. Marotta’s son Joseph did get a flu shot, but he wasn’t protected because the H1N1 strain wasn’t included in the seasonal vaccine he received. It takes about six months to produce large quantities of a flu vaccine, and the H1N1 strain was detected after the vaccines had gone into production the previous spring.

Pediatric deaths from the flu are relatively rare. In the last decade, the number of children killed by the flu has ranged from 37 during the 2011-12 season to 288 in 2009-10, during an H1N1 influenza outbreak. The flu and complications from it mostly strike the elderly and frail, and have caused between 12,000 and 56,000 deaths in the U.S. each year since 2010. But in that same period, between 7,000 and 26,000 children under five were hospitalized each year for flu-related reasons.

Even so, Joseph’s death led Marotta to devote her life to spreading the word to other parents. She said that when she hears about another flu victim, she thinks, “‘What if we had reached out to that parent? What if that child had been vaccinated?’ I know it’s a matter of life and death every day.”

“I know quite a bit about science and I didn’t know how dangerous flu is,” Marotta, who spent 16 years working as an environmental scientist, said. “If I didn’t realize all this, there are still a lot of people out there who don’t.” 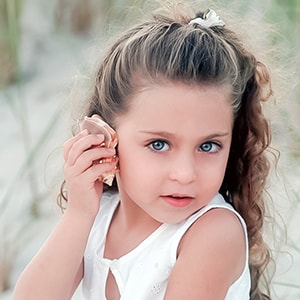 Richard Kanowitz of Scarsdale, New York, helped launch Families Fighting Flu in 2004 after he and his wife Alissa lost their four-year-old daughter Amanda to the flu.

“She was a very sweet, loving, caring girl,” Kanowitz. “You couldn’t ask for a better child.”

Amanda came down with a cough and fever on a Saturday morning. On Sunday, she got worse. Her parents called the doctor, who advised them to keep Amanda hydrated. On Monday morning, they discovered Amanda had passed away in bed.

A quest to change CDC guidelines

Kanowitz and Alissa immediately set out to find answers, traveling to the Centers for Disease Control and Prevention in Atlanta and meeting with experts and doctors.

They discovered the CDC was primarily recommending the annual flu shot for pregnant women, the elderly, and children between 6 and 23 months. Amanda hadn’t had the shot because her pediatrician hadn’t recommended it.

“Had she been vaccinated, we believe her body would have responded better and she would be alive,” Kanowitz said.

After co-founding Families Fighting Flu, Kanowitz set out to change the CDC guidelines. The group’s members attended meetings of the CDC’s Advisory Committee on Immunization Practices for two years, Kanowitz said, to deliver this message: “We all have kids who are 3, 4, 5 years old who passed away. They all didn’t get vaccinated because their pediatricians didn’t know to do it. Change the guidelines, you’ll save lives.”

Today, the CDC recommends that everyone over age 6 months get the annual flu shot. The U.S. and Canada are the only countries in the world that recommend the flu vaccine for almost everyone.

Changing attitudes about the flu shot

Kanowitz said that shouldn’t matter. “To people who are questioning whether they should vaccinate the child, I say, ‘Look at my look at my situation. Do you want to play Russian roulette with your child’s life?’”

Today, Families Fighting Flu members speak out about the importance of finding a universal flu vaccine that would be more effective and could be given more often. They also spread awareness about the current flu shot through the media, public service announcements and by sharing their families’ stories.

For one campaign called Keep Flu Out of School, the group partners with the CDC, the National Foundation for Infectious Disease and the National Association of School Nurses to help local school districts to improve their flu prevention efforts. 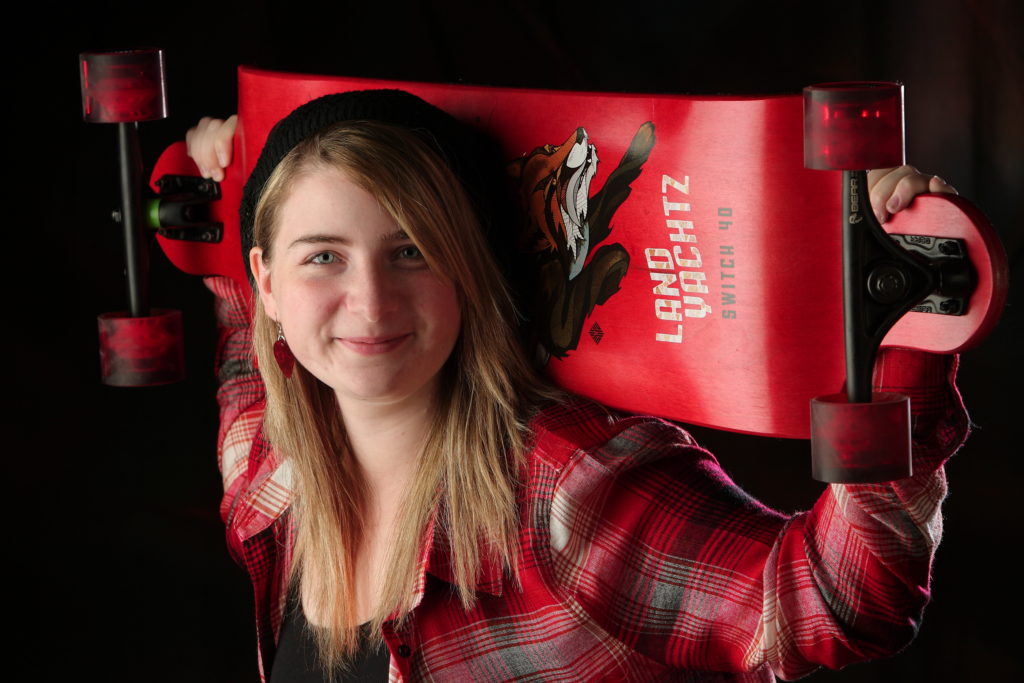 Shannon Zwanziger died of the flu at the age of 17. Photo courtesy of Gwen and Terry Zwanziger

Finding a community on social media

Social media can be a lifeline for families of flu victims, like mom Gwen Zwanziger of Owatonna, Minnesota. 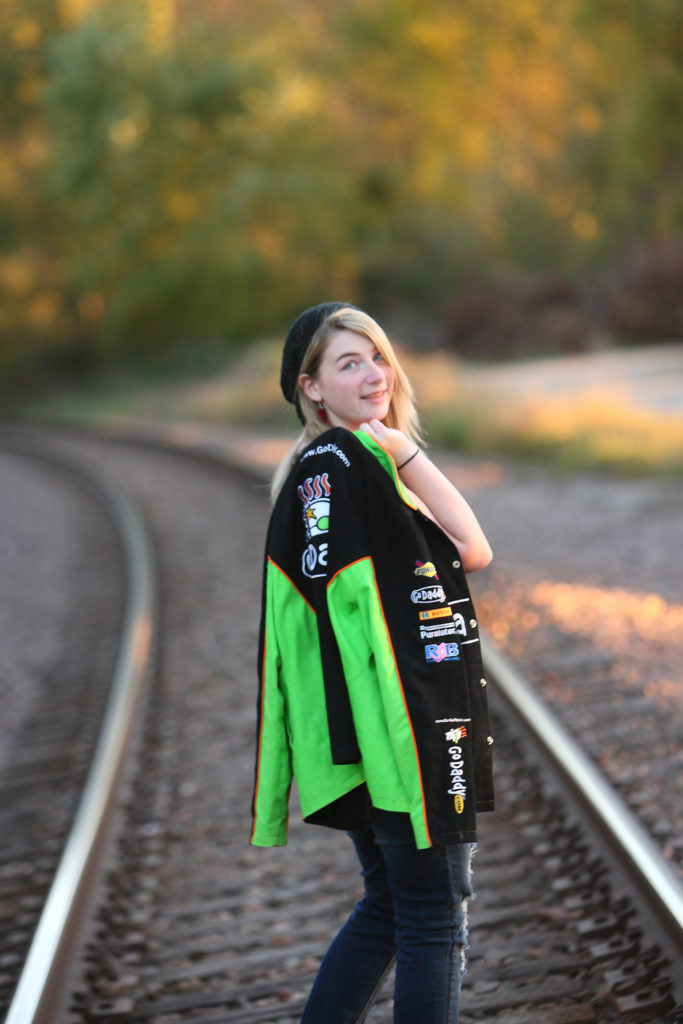 After Shannon Zwanziger, pictured, died of the flu at 17, her parents began working to educate others about flu prevention. Photo courtesy of Gwen and Terry Zwanziger

Zwanziger’s 17-year-old daughter Shannon was a healthy high school senior who had plans for college and wanted to be an artist. One day she came home from school, complaining that she didn’t feel well.

After four days, Shannon’s father, Terry, took her to the emergency room. The doctor told him to just let the illness run its course.

Two days later, in the family’s bathroom, Shannon passed out in her mother’s arms. Paramedics flew her to the Mayo Clinic in Rochester 40 miles away, but it was too late. The flu had destroyed Shannon’s organs.

After Shannon’s death, Zwanziger went online to try to find other people who would understand. She discovered a Facebook group called Flu Moms. “It’s a place where about 30 moms can just vent and share information and ideas,” Zwanziger said. “There’s an awful lot of post going on in middle of night, when you can’t sleep.”

Gwen and Terry Zwanziger speak about their daughter Shannon, who died of the flu at 17.

Today Zwanziger calls herself a “disease warrior.” She made business cards with Shannon’s story and flu statistics that she hands out around town. She and Terry tell everyone they know to cover their coughs, stay home if they’re sick and to get the flu shot.

Zwanziger has given speeches about her daughter’s death and speaks to the media. She has written online about Shannon’s death, and she and Terry appeared in a CNN documentary earlier this year.

They say it’s all helped them make some sense out of what happened, to find a shred of meaning in the enormous void opened up by Shannon’s death.

“On the way home from the hospital, we were driving home, you know, ‘What the heck just happened?’” Terry said. “And so we prayed, ‘Lord, let her death be meaningful.’”

“Our prayers were answered,” Zwanziger said.