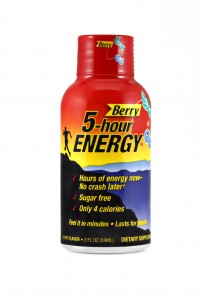 Three states have joined a lawsuit against makers of the popular 5-Hour energy drink, accusing the company of misleading advertising.

The states join 33 others investigating the product’s advertising claims. According to the suit, 5-hour Energy leads consumers to believe the energy drink’s potency is the result of a unique blend of ingredients. Instead, the suit contends, the drink is effective thanks to a concentrated dose of caffeine. Additionally, the makers of 5-hour Energy claim their product does not lead to an energy crash.

According to Oregon Attorney General Ellen Rosenblum, the corporation violates the Trade Practices act. She states, “Plainly and simply, in Oregon you cannot promote a product as being effective if you don’t have sufficient evidence to back up your advertising claims.”

5-Hour Energy spokeswoman Melissa Skabich called the suit bullying, and said the company will not “roll over, pay the ransom, and move on.” Currently, 9 million bottles of 5-Hour Energy are sold weekly at about $2.00 each.