Traveling over the holidays? Follow these tips to stay healthy

Admit it. There are few things worse than being sick over the holidays.

So we have some advice. Well, Dr. Gary Brunette has some advice. Brunette heads the travelers’ health branch at the Centers for Disease Control and Prevention. He gave STAT some recommendations to maximize your chances of healthy holidays, especially if you’re traveling.

(Confession: We should have done this sooner. Because for those of you who are traveling overseas for the holidays, some of this advice may be coming too late. But we know some of you are probably also thinking about winter or spring break holidays — maybe Santa is slipping cruise tickets under the tree? — so it’s still worthwhile. Read on.)

“Keep your fingers away from your nose and your mouth.”

A few years ago, norovirus outbreaks on cruise ships threatened to tank the industry. The industry got really serious about the problem and now pretty much sets the standard for how to clear these horrible viruses out of an environment so the following cruise is a healthy one.

Still, there are occasional outbreaks. Earlier this month, people on a cruise departing from Port Everglades, Fla., came down with what’s suspected to be norovirus infections.

There is no norovirus vaccine, so the main way to protect yourself is by washing your hands frequently while on board, Brunette said.

The CDC has a ton of information about cruise ships and noroviruses on its website. You can even search the inspection scores of cruise lines and individual ships before you book. That tool is here.

Good advice, wherever you are

The admonition to wash your hands a lot is good all-around advice for a variety of reasons, especially in winter. Germs on hands can contaminate food and spread colds and influenza.

A related recommendation: Keep your fingers away from your nose and your mouth. Seriously. Someone with a cold sneezes into his hands and a little while later shakes yours. You reach up to rub the underside of your nose or pick something from your teeth and voila! You’ve put the viruses right where they want to go.

Influenza season started early this year, and there are a lot of infected people around. Holidays are an ideal time for viruses to spread — the mixing of generations makes it easy for sick kids to infect elderly relatives and others.

If you haven’t had a flu shot yet, you can still get one. But it takes about two weeks for the antibodies it generates to develop, so you’ve waited a little too long to be protected at Christmas. Still, even after the season peaks, there will be flu viruses around for a few more months, so you will get some protection.

There are other shots, too

People who are heading abroad over the holidays (or later this winter) ought to make sure their vaccinations are up to date, Brunette stressed. Diseases that won’t often spread here — because of high vaccination coverage — can still be contracted elsewhere. 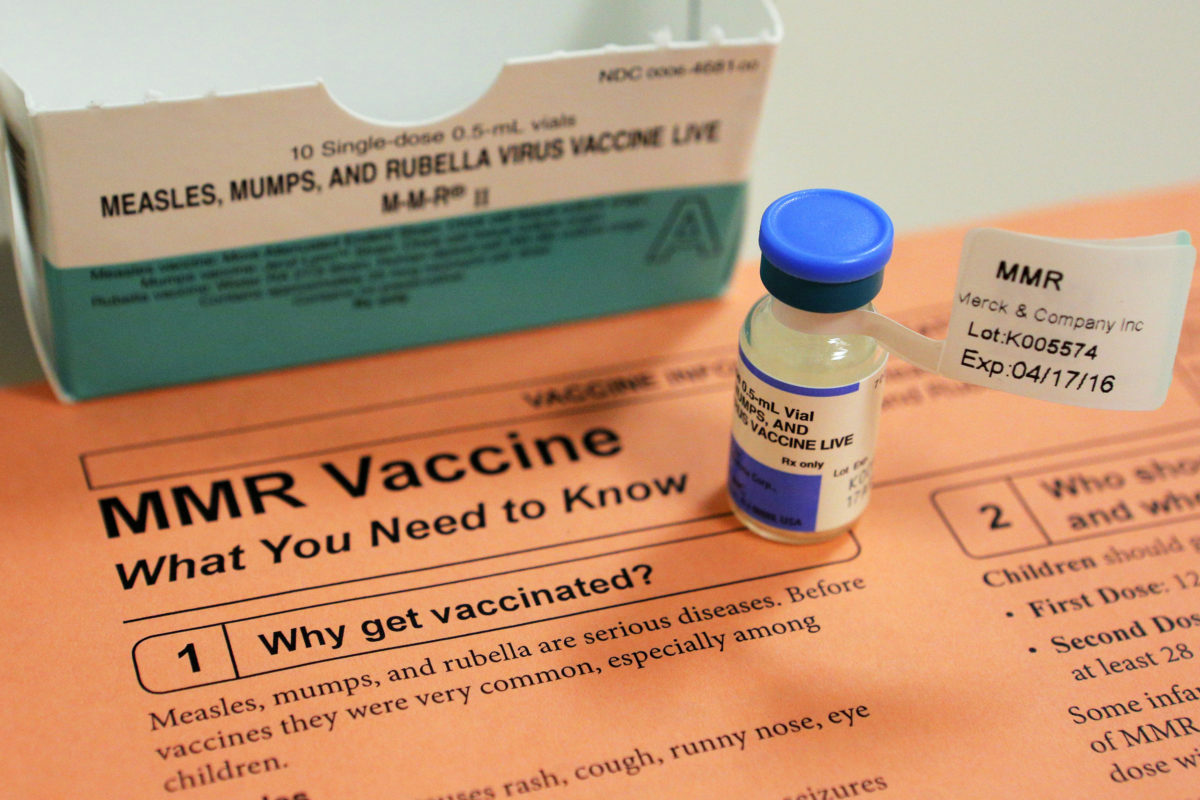 A vial of measles, mumps and rubella vaccine and an information sheet is seen at Boston Children’s Hospital in Boston, Massachusetts February 26, 2015. Photo by Brian Snyder/Reuters

For instance, Greece has had a large measles outbreak this fall. And this highly contagious virus is also spreading in parts of England right now. It’s a miserable disease, and the vaccine is very protective.

People planning travel abroad should talk to their health care provider well in advance of their trip, Brunette said. That allows time to make sure your vaccination status is up to date and you can stock up on medicines your doctor might prescribe, such as anti-malarial drugs if you should take them.

You might also ask for — or be offered — a prescription for just-in-case antibiotics, if you are going to a place where it’s quite likely you won’t be able to avoid picking up a stomach bug from the local food or water.

For destinations like these, there is some simple and oft-repeated advice. Drink bottled water. Ask for ice-free drinks. Choose food sources with care.

It might not seem terribly festive, but apparently traveling to the Caribbean for plastic surgery over the holidays is a thing.

“We’ve been seeing a lot of people will go down to the Dominican Republic, for example, to get elective cosmetic surgery,” Brunette said. “And they’ll often do it during the holiday season. … They can sit on the beach while they’re recovering.”

The reason this has come to the CDC’s attention is because some of these folks come home with more than they bargained for — namely, drug-resistant infections. Brunette said some need surgery to repair the damage these tissue infections cause.

If you get medical care abroad — either elective procedures like cosmetic surgery, or emergency surgery because you’ve fallen ill or been in a vehicle accident — tell you doctor on your return, he said.

Some of the popular medical tourism destinations have higher rates of antibiotic-resistant bugs than are found in the U.S. Knowing where you got the care will help your doctor back home know how to treat an infection that arises after your return.

The CDC is still urging pregnant women to avoid travel to places where Zika may be circulating, which includes a lot of Caribbean and Latin American locations. You can find information on that here.

Other mosquito-transmitted infections — dengue, chikungunya — also circulate in some of these warm locales, so remember to take precautions against bug bites, Brunette said.

And Northern Hemisphere skin probably hasn’t been exposed to much sunlight for a while, so remember the sunscreen. Santa’s hat should be red. Your back should not.

This article is reproduced with permission from STAT. It was first published on Dec. 22, 2017. Find the original story here.