What is mechanical tenderizing, and why is it hazardous to your steak?

A new label on some of the steaks in your grocery store highlights a production process you may have never heard of: mechanical tenderizing.

This means the beef has been punctured with blades or needles to break down the muscle fibers and make it easier to chew. But it also means the meat has a greater chance of being contaminated and making you sick.

The labels are a requirement from the U.S. Department of Agriculture that went into effect this week.

“Blade tenderized,” that label might read, followed by safe cooking instructions: “Cook until steak reaches an internal temperature of 145°F as measured by a food thermometer and allow to rest for 3 minutes.”

Here’s how it can make you sick: If pathogens like E. coli or salmonella happen to be on the surface of the steak, tenderizing transfers those bacteria from the surface to the inside. Since the inside takes longer to cook and is more likely to be undercooked, bacteria have a higher chance for survival there.

And without a label, you can’t tell if you need to be especially careful with your steak.

“It doesn’t look any different,” said a spokesperson for USDA’s Food Safety and Inspection Service. “It’s not filled with holes from the needle piercings.”

Mechanical tenderizing is not an unusual occurrence. FSIS estimates that 2.7 billion pounds or about 11 percent of the beef labeled for sale has been mechanically tenderized. The new labels will affect an estimated 6.2 billion servings of steaks and roasts every year, according to FSIS. 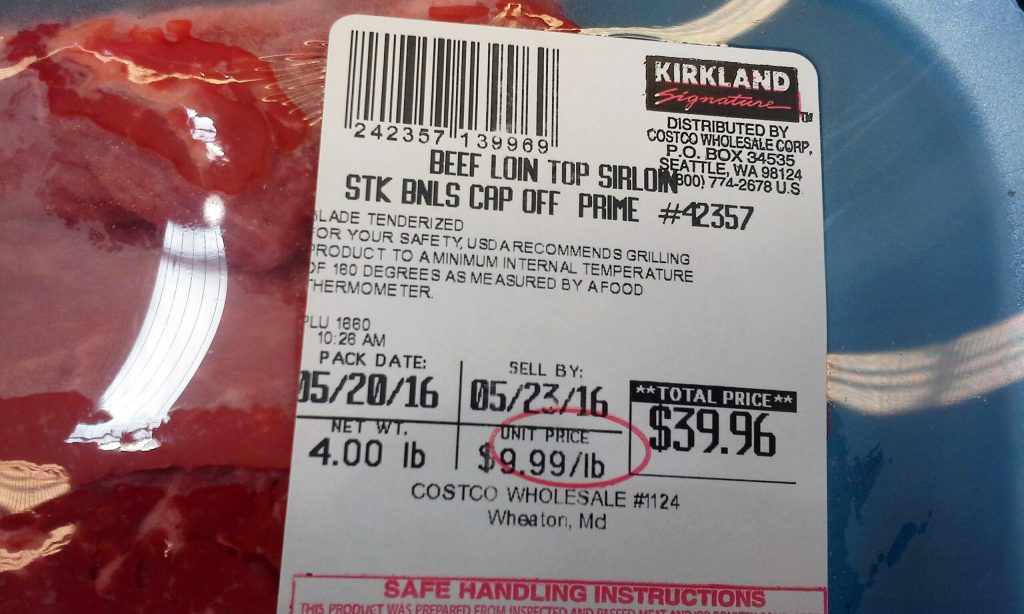 The U.S. Centers for Disease Control and Prevention has tracked six outbreaks of foodborne illness since 2000 that were attributable to mechanically tenderized beef products prepared in restaurants and consumers’ homes.

In 2009, 21 people in 16 states were infected with the most common strain of dangerous E. coli called O157. Nine had to be hospitalized, and one victim developed hemolytic uremic syndrome, a potentially fatal kidney disease. USDA food safety officials connected the illnesses to blade-tenderized steaks from National Steak and Poultry, and the company recalled 248,000 pounds of beef products.

“We need to improve how we tell consumers and the food service workers about the particular risks that would be involved in cooking it so that they can reduce the risk of illness,” said Patricia Buck, co-founder and executive director of the Center for Foodborne Illness Research & Prevention, a nonprofit advocacy group.
Mechanical tenderizing is not an unusual occurrence. Buck, who has been pushing for the labeling rule since 2009 said she’s “very excited” to see it happening. “I think it’s an important step in the direction we need to go.”

The National Cattlemen’s Beef Association “worked closely” with USDA on the label, said spokesman Chase Adams. “We will continue to work with them to provide helpful guidance for our members.”

Before the label became a requirement, Costco had been voluntarily labeling its meat. According to Consumer Reports, the grocery giant began labeling its mechanically tenderized beef in 2012 after an E. coli outbreak in Canada was linked to their blade-tenderized steaks.

Consumer advocate Buck lost her toddler grandson to an E. coli O157 infection in 2001. “I don’t like scaring people,” she said, “but on the other hand, people don’t really know that these can be really deadly pathogens.”

Left: Costco had been voluntarily labeling its mechanically tenderized beef before USDA required it in May 2016. Photo by Lydia Zuraw/Kaiser Health News